Women and children fleeing domestic violence will from today be able to access the first eight of 40 crisis accommodation beds for South Australia announced as part of a $4 million commitment a year ago.

The beds will be located at undisclosed locations across northern and southern Adelaide, the Adelaide Hills and regional South Australia, with the rest of 31 beds allocated for women and children to become available later.

In a new trial to begin before June, nine beds will be reserved for abusers, in a bid to keep victims in their homes.

“The scourge of domestic violence is a national disgrace,” Minister for Human Services Michelle Lensink said in a statement.

“Women will be provided with short-term accommodation, with dedicated case managers to support them into safe and stable housing, including returning safely to home, where possible.

“Following direct feedback from the sector and the community, a total of nine beds will be used for a state-first perpetrator intervention pilot.

“The pilot allows partners and their families to remain in the family home, if safe to do so, and results in less disruption in their lines in what is an already very traumatic time.”

A similar New South Wales program, Engage2Change, aims to “hold men accountable for their violence and provide them the opportunity to take responsibility for their actions” through four individual counselling appointments followed by a 12-week group program.

It is not clear whether abusers will enter the South Australian shelters voluntarily, but they will be given access to support services.

It comes after the Australian Bureau of Statistics this week released data on the nation’s partner-based violence.

Northern Territory and Queensland tied for the highest percentage of women experiencing partner-based violence in the last two years, at approximately 3.6 per cent, while Western Australia occupied the third spot at approximately 3 per cent.

South Australia was in fourth place with 2.6 per cent. 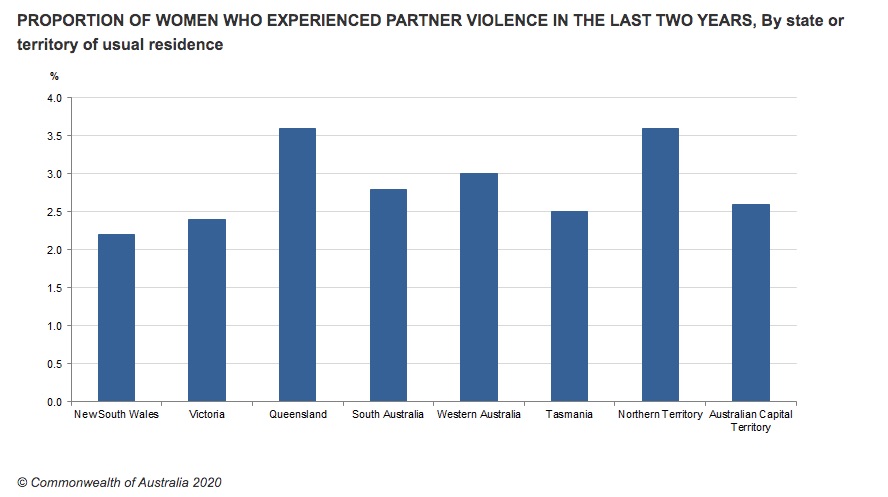 The report analysed results of a previous personal safety survey and defined violence as “any incident involving the occurrence, attempt or threat of either physical or sexual assault”.

It revealed an estimated one in six Australian women aged 18 years and over experienced partner violence since 15-years-old.

Single mothers were also more likely to be victims, as well the unemployed.

“Statistics show that domestic and family violence crosses all demographics and locations,” she told InDaily.

“South Australia has implemented numerous initiatives to work in partnership with government and non-government organisations in addressing domestic and family violence.”

Those wanting to access information about current or former partner, and who may be at risk of domestic violence, can participate in the state government’s domestic violence disclosure scheme.

The program supplies convictions for relevant offences, reports made to the police with charges laid, intervention orders including breaches, and any other relevant information.

Find out more about domestic violence on the 1800RESPECT website.