As his country of origin burns, Rupert Murdoch is being slammed for how his businesses promote coverage and commentary that ignores – or totally contradicts – facts about man-made climate change’s role in the bushfire catastrophe.

Now, in what is perhaps a sign the smoky winds of change are blowing within the powerful media empire, Murdoch’s youngest son has broken ranks to call out the untruths.

In a rare public statement, the couple expressed their deep disappointment with the Murdoch media empire.

“Kathryn and James’ views on climate are well established and their frustration with some of the News Corp and Fox coverage of the topic is also well known,” a spokesperson told The Daily Beast.

“They are particularly disappointed with the ongoing denial among the news outlets in Australia given obvious evidence to the contrary.”

There has been a growing chorus of voices calling out Murdoch-owned mastheads for reporting and commentary that downplays manmade climate change’s role in the ferocious fires burning across Australia’s eastern seaboard.

Commentary in Murdoch-owned mastheads – The Australian, the Herald Sun, and The Daily Telegraph – as well as Sky News, has repeatedly included references to climate concerns being “alarmist”.

The Australian has repeatedly argued that this year’s fires are no worse than those of the past – a claim which scientists have slammed as untrue.

Rupert Murdoch said at last year’s annual general meeting there were no climate change deniers in the News Corp ranks. But the words of high-profile commentators printed in the pages of the Murdoch mastheads and spouting denialist views on Sky tell a different story.

And Australians, and audiences overseas, are increasingly connecting dots between the rhetoric and misinformation in the Murdoch press and the federal government’s response to the bushfires. 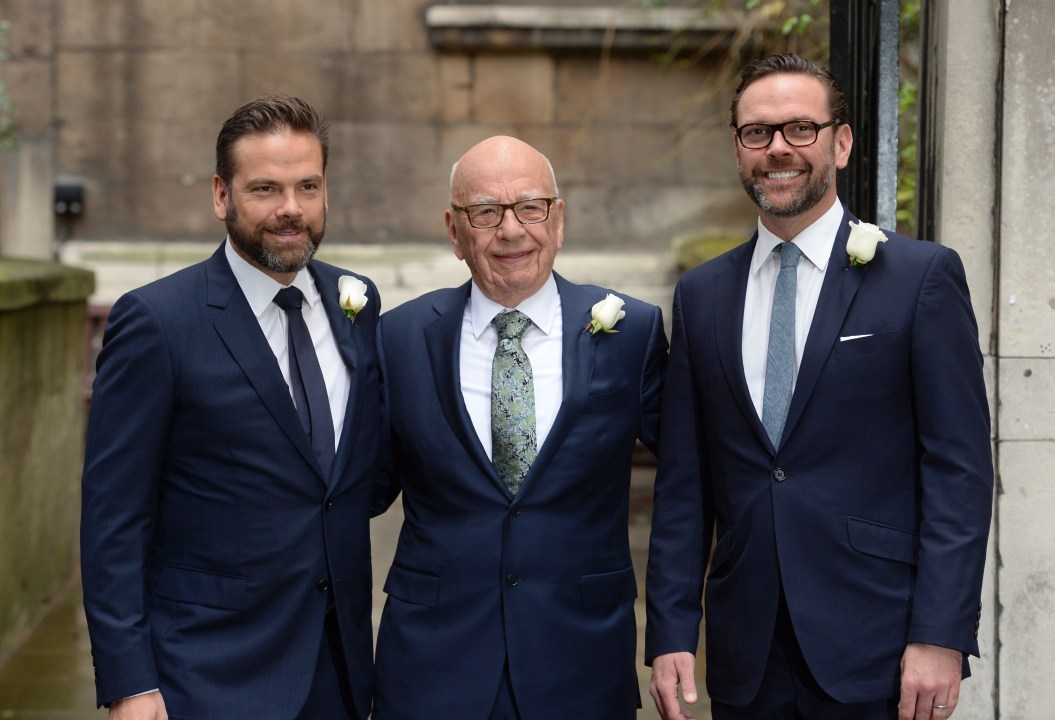 Not everyone on the News Corp payroll is denying climate change, of course. Just the loudest voices, the well paid who are put up in lights.

Staff have told The New Daily about a deep discomfort with the way bushfire stories are being covered.

So far the bushfires have claimed 28 lives, destroyed more than 2000 homes and burnt through more than ten million hectares of land.

Townsend had been so “severely impacted by the coverage of News Corp publications in relation to the fires” that she found it “unconscionable to continue working for this company”, she wrote.

While the public statement was a rare move by James Murdoch, he has previously distanced himself from the views presented on Fox News.

“There are views I really disagree with on Fox (News),” he told the New Yorker in September last year.

Daily Beast claimed the $9 million in donations by Lachlan Murdoch, Rupert Murdoch and News Corp to Australian bushfire relief efforts were only made after the news site contacted them for a response to James’ statement.

An unnamed News Corp executive was quoted as saying the couple was deliberately out to attack the Murdoch family, especially considering James’ older brother, Lachlan, is currently in charge of overseeing the Fox News Channel.

“They are pissing inside the tent and that’s unusual. It’s evidence of how high tensions are within the family over climate change. The majority of people who work here agree with James. We are hoping this may be the tipping point,” the executive said in a statement to The Daily Beast.