Assessments are underway, but some homes are believed lost at Vivonne Bay while the town of Parndana was spared for a second time, despite fire bearing down on it from several directions.

Both towns had been evacuated amid emergency warnings and the escalating danger.

With rain falling across the fire ground on Friday, the warning levels for all fires were reduced first to a watch and act and then to a simple bushfire advice.

CFS chief officer Mark Jones said Thursday night was an “incredibly difficult” period for all 280 firefighters on the island.

“Winds were not consistent, they were blustery and came from many different directions,” he said.

Fires were spotting during the night which allowed them to jump containment lines and in that situation Mr Jones said the number of firefighters on the ground almost became irrelevant.

“No containment lines or control lines can stop spotting or ember attacks on properties,” he said.

“There’s no way to stop those fires from spreading.”

At the height of the emergency there were fears Kingscote, the island’s largest town, might be cut off. 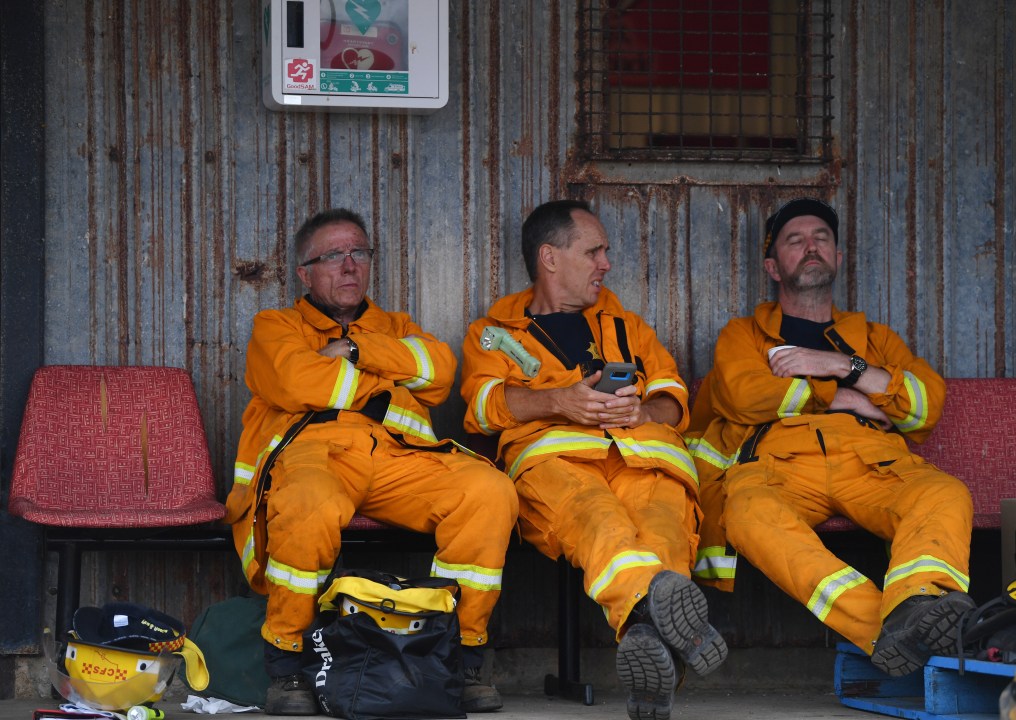 On Friday morning the town of Emu Bay, on the north coast, also came under threat, with residents moved to the nearby beach but the CFS said that situation had also eased.

Jones cautioned that the fires would not be completely extinguished in the short term.

“The changing conditions should allow crews to be successful in reducing spread today and controlling the fires,” he said.

“They will not be extinguished today, I would not want anyone to take false hope from that.

“This is an ongoing and lengthy operation.”

So far more than 170,000 hectares of scrub has been burnt, including most of the famed Flinders Chase National Park, along with dozens of homes and hundreds of other buildings.

In response to the situation, the ferry service from the SA mainland was asked to restrict travel to freight, local residents and emergency service personnel but that decision was expected to be reviewed later on Friday.

The overnight escalation in fire activity cut power to more properties with about 850 now without electricity.

SA Power Networks said its crews had been relocated to Penneshaw for safety reasons and would wait for CFS clearance before re-entering the fire zone.

Smoke from the fires also affected a large swathe of South Australia, with air quality in a number of areas listed as very poor on Friday morning, before improving.

The Kangaroo Island blaze first broke out on December 20 from a lightning strike but escalated rapidly last Friday before jumping containment lines again on Thursday.

It claimed two lives last week with outback pilot Dick Lang and his son Clayton killed as they returned to the family property.

Authorities said there were no further reports of missing people.

The army has set up a portable treatment plant but islanders continue to be urged to keep water use to essential needs only. 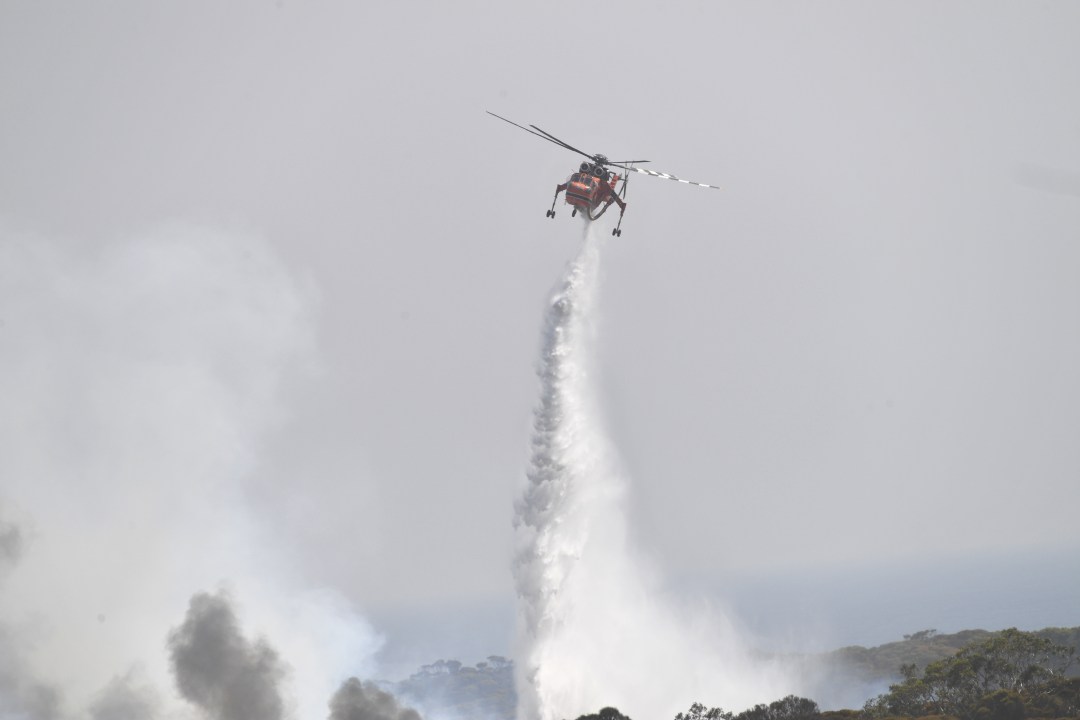 Smoke from the fires has affected a large swathe of South Australia, with air quality in a number of areas listed as very poor.

The fire has already destroyed 160,000 hectares across Kangaroo Island, including most of the famed Flinders Chase National Park.

It has claimed two lives, with outback pilot Dick Lang, 78, and his 43-year-old son Clayton killed as they returned to their home.

The blaze first broke out on December 20 from a lightning strike but escalated rapidly last Friday before jumping containment lines again on Thursday.

Incredible footage of survival on Kangaroo Island as a wild firestorm rages around the home of tourism operator & beehive owners Brenton & Peter Davis, of Island Beehive Kingscote. Gives an idea of the ferocity& immense danger #saparli#KangarooIslandFireshttps://t.co/fWmo5tbv8V