SA Power Networks says it is still unclear when an estimated 600 customers, including homeowners, businesses and farmers, will be-reconnected after the January 3 bushfire tore through more than 156,000 hectares on the western end of Kangaroo Island.

About 580km of high voltage line was contained within the fire ground – at least 12km of which is currently down and needs to be restrung.

SA Power Networks corporate affairs manager Paul Roberts told InDaily this morning the fire, which is still burning in some areas, had also caused significant damage to transformers, Stobie poles and other infrastructure.

He said the island’s high-voltage supply should be repaired by lunchtime tomorrow, before work begins on restoring power to individual customers.

“We have about 600 customers who were affected by the fires, that’s businesses, homes and farms, sheds, shearing sheds and water pumps,” he said.

“There is going to be a lot of reconstruction required for people before we can go in and restore their power.

“It will be a bit clearer in the next 24 hours when we can start restoring power because there’s parts of the fire grounds that we have only just got access to.”

Roberts said good progress had been made on repairs to the main power line that feeds electricity into the western parts of the island, with Vivonne Bay expected to be reconnected by the end of today. 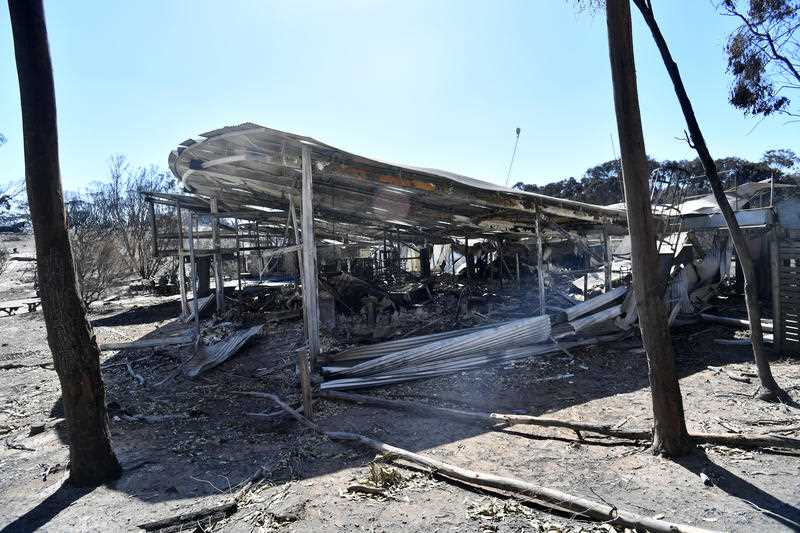 Crews were evacuated from the fire ground yesterday after another dangerous flare-up, with authorities now concerned that high temperatures and northerly winds forecast for tomorrow could prompt further delays.

At least 56 properties have been destroyed in the Kangaroo Island blaze, 10 buildings suffered major damage and 257 vehicles were decimated.

The December 20 Cudlee Creek fire in the Adelaide Hills destroyed 85 houses, over 400 outbuildings and 200 vehicles.

Livestock losses are also expected to be significant, with the Cudlee Creek fire claiming about 5000 animals, while primary industry officials estimate the losses on Kangaroo Island will run to tens of thousands of animals.

State controller for agriculture and animal services Mehdi Doroudi said it was premature to have firm numbers of Kangaroo Island stock lost.

“The properties we are assessing are larger than the ones we assessed for the Cudlee Creek bushfire, with the average size of sheep flocks being around 2500 with some being at least twice the size,” he said.

“The average cattle herds are just under 200 heads.”

Premier Steven Marshall has hinted at a review of the state’s response to natural disasters, telling ABC Radio Adelaide this morning the magnitude of the Kangaroo Island and Cudlee Creek fires in the Adelaide Hills would prompt the Government to assess its response over the next 12 months.

“The effects of climate change are going to create conditions where we are going to have more bushfires and that’s why it’s so important that we resource our emergency services in South Australia adequately, that we review all of the personnel requirements, the equipment requirements that they’ve got, that we’ve got the right procedures in terms of prescribed burns in place,” he said. 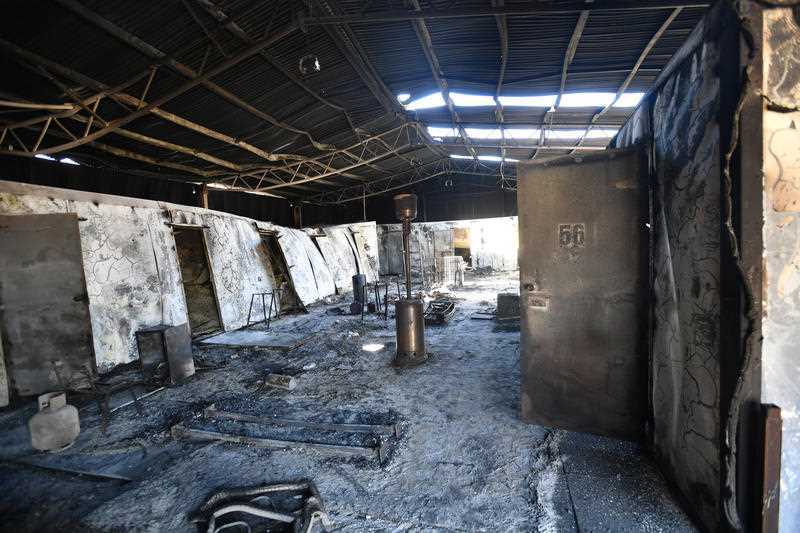 It comes amid criticism Australian governments are not properly managing fuel loads in fire-prone areas.

But Marshall this morning defended South Australia’s response, saying controlled burns on Kangaroo Island had all been done in “full accordance” with the state’s schedule.

“A lot of people say you know we need to put fire breaks in, you know buffers in, (but) this fire was extraordinary,” he said.

“I’m informed reliably that the ember shower was several kilometres ahead of the fire front.

“It doesn’t matter how many fire breaks you put in, this was such an extraordinary fire that it probably wouldn’t have had a huge impact.”

Small businesses will have immediate access to grants of up to $10,000, while primary producers and farmers will receive up to $15,000. 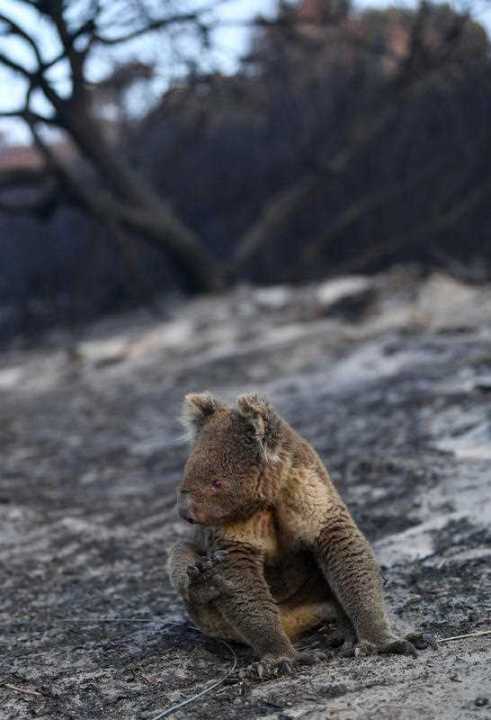 An injured Koala at a forest near Cape Borda on Kangaroo Island. Photo: David Mariuz / AAP

Over 120 Australian Defense Force personnel have been deployed to Kangaroo Island to help with the immediate cleanup and to treat injured and orphaned animals.

The State Government has also given $50,000 to six wildlife recovery centres across the state and SA Health has donated nearly 100 surplus sample sterile procedure packs to treat injured animals.

The number of native animal deaths from the Cudlee Creek and Kangaroo Island bushfires is still unknown.

“We will see this through together and further assistance will be made available if it is needed,” Federal Natural Disaster and Emergency Management Minister David Littleproud said in a statement this morning.

The State Government is encouraging people to travel to Kangaroo Island and the Adelaide Hills to support local businesses.

According to the Government, tourism in the Adelaide Hills boosted the state’s economy by $168 million for the year ending June 2019, while Kangaroo Island visitors spent $140 million.

Tourism Minister David Ridgway this morning announced the State Government would develop a new tourism strategy for the bushfire-affected regions, with advertising to be a key component of the plan.

More than 90 Kangaroo Island businesses and operators remain operating and about 200 square kilometres of the island is still accessible.

“We want them (businesses and operators) to get visitors to return and for those visitors to spend up big,” Ridgway said.

“It is the most important and valuable response that we can ask for right now.”

Temperatures on inland Kangaroo Island are expected to reach the high 30Cs tomorrow with winds forecast to reach up to 30km/h.

The Country Fire Service has warned warmer temperatures could prompt fire to flare up along Kangaroo Island’s eastern edge and in unburnt patches.