For Johnson, whose brief tenure in power has been marked by chaotic scenes in parliament and stark division on the streets over Britain’s tortuous departure from the European Union, the victory in Thursday’s contest is vindication.

Educated at the country’s most elite school and recognisable by his bombastic style, the 55-year-old must not only deliver Brexit but also convince Britons that the contentious divorce, which would lead to lengthy trade talks, is worth it.

An exit poll showed the Conservatives winning a landslide 368 seats, more than enough for a comfortable majority in the 650-seat parliament and the biggest Conservative national election win since Margaret Thatcher’s 1987 triumph.

“I hope you enjoy a celebration tonight,” Johnson told supporters in an email.

Sorry @daneacross this is one mans fault. His campaign, his manifesto, his leadership. @jeremycorbyn https://t.co/Oo23Ai1uqu

We’re going to hear the Corbynistas blame it on Brexit and the Labour Uber Remainers blaming Corbyn. Both are to blame for what looks like a terrible night for Labour. Both have taken for granted Labour’s heartlands. Sorry we couldn’t offer you a Labour Party you could trust.

If the exit poll is accurate Johnson will swiftly ratify the Brexit deal he struck with the EU so that the United Kingdom can leave on January 31 – 10 months later than initially planned.

Labour were forecast by the poll to win 191 seats, the worst result for the party since 1935. The Scottish National Party would win 55 seats and the Liberal Democrats 13, the poll said. The Brexit Party were not forecast to win any.

In the last five national elections, only one exit poll has got the outcome wrong – in 2015 when the poll predicted a hung parliament when in fact the Conservatives won a majority, taking 14 more seats than forecast.

The Labour Party, led by veteran campaigner Jeremy Corbyn, had offered a second referendum and the prospect of the most radical socialist government in British history. Corbyn is now coming under pressure to resign.

Labour, if it is defeated by the margins shown in the exit poll, now faces a civil war between the socialists who control it and more moderate factions which will demand power. 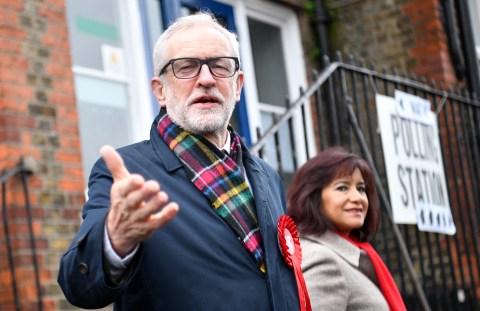 John McDonnell, the second most powerful man in the Labour Party, said the election had been dominated by Brexit which has divided the country since 2016.

“What’s clearly come through I think in these results is that this was the Brexit election,” he said. “We were hoping a wider range of issues would cut though and have a debate, I don’t think that has been the case.”

A majority allows Johnson to lead the UK out of the EU but Brexit is far from over. He faces the daunting task of negotiating a trade agreement with the EU, possibly in just 11 months.

The outcome of the negotiations will shape the future of Britain’s $US2.7 trillion economy while Brexit could yet threaten the unity of the 312-year-old United Kingdom.

After January 31, Britain will enter a transition period during which it will negotiate a new relationship with the remaining 27 EU states.

This can run until the end of December 2022 under the current rules, but the Conservatives made an election promise not to extend the transition period beyond the end of 2020.

Johnson fought the election under the slogan of “Get Brexit Done”, promising to end the deadlock and spend more on health, education and the police.

He was helped early in the election by Farage’s Brexit Party which stood down hundreds of candidates in a bid to prevent the pro-Brexit vote from being split. Early results showed the Brexit Party had poached a significant number of voters from Labour. 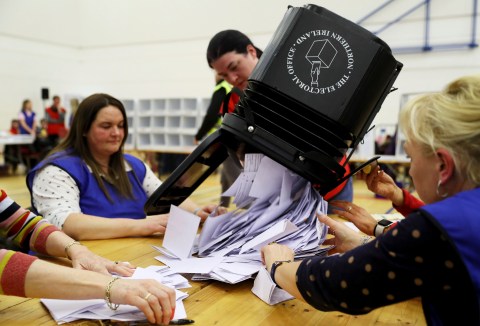 Corbyn says he will not lead the party to the next election.

Speaking in his London electorate early on Friday Corbyn, said Brexit had contributed to the election result, polarising debate and overriding other issues.

He said he would discuss with the party having a process of reflection and he would lead the party during that period.