The study ‘Modelling the climate, water and socio-economic drivers of farmer exit in the Murray-Darling Basin’  said that 90,000 farmers worked land in the Basin in 1991.

Lead researcher and professor of Water Economics, Centre for Global Food and Resources and the Environment Institute at the University of Adelaide, Sarah Wheeler, said research showed climate and economics were the main factors in the exit, and would continue to be so in the future.

“But, in contrast to the current popular view that decreases access to water is the main reason for the decline of farms in the Basin, our study showed that for the period of 1991-2011, the more important drivers of farmer exit were climate – increased drought risk and higher temperatures – and economic factors – commodity prices, unemployment and urbanisation.

“We predict that another half degree in temperature will lead to wiping out half of our famers in the basin.”

The Murray-Darling Basin is the longest river system in Australia and contributes to one third of the country’s agricultural production. 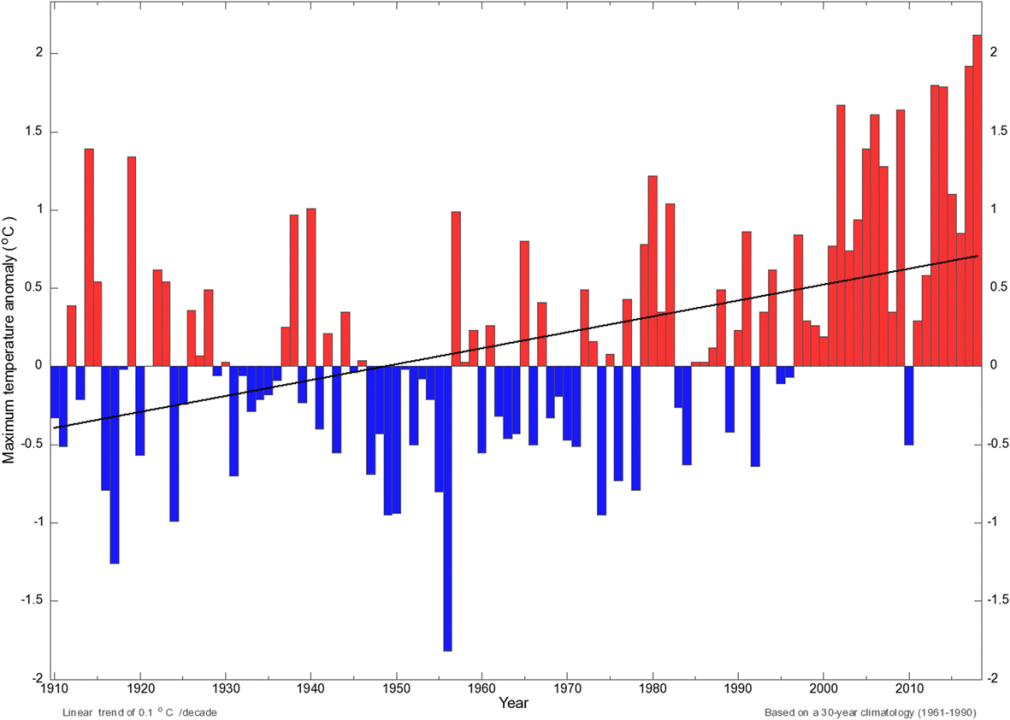 Data from the Australian Bureau of Statistics population and agricultural consensus from 1991 and 2011 was matched against variables like rainfall, temperature and water diversions, to chart possible changes in farmer numbers.

Wheeler said reduction of water extraction for irrigation was not the primary reason for population decline; rather, it was increased drought risk, higher temperatures and rougher economic conditions.

“Over the past 10 years, the Murray-Darling Basin Plan, and reduced water extraction for irrigation because of the water buy-back scheme, have been blamed as the main reason for community decline,” she said.

“But we found no significant association between decreasing farmer numbers and measured water extraction in the Basin.

“Irrigation farmers make up only about 25 per cent of all the farmers in the Basin, and it has been shown that when many farmers sell their water entitlements, they either change to dryland farming or maintain the same level of production because they had surplus water or adapt in numerous other ways.”

The report states: “contrary to the current narrative, changes in irrigation water diversions and water trade movements had no significant impact on MDB farmer exit.”

“South Australia is facing increasing temperatures, predictions about [less] rainfall, and it’s uncertain about what’s going to happen with climate change,” she said.

“With climate change comes the increased risk of bushfires, and there’s just going to be an increased pressure for farmers to continue to farm in the future.

“What we must do to help our rural communities is to take note of the proper evidence and develop policy around drought, climate change and rural economic development and water use that leads to comprehensive strategies.

“New policy must consider the real long-term drivers of farm exit and take a multi-faceted, investment approach. We need to recognise our farmers are facing a drier, hotter future, and plan accordingly.”

Findings from the South Australian Royal Commission into the operations and effectiveness of Basin distribution – spurred on by revelations of water theft – revealed gigalitres of water were withdrawn from the Basin at environmentally unsuitable levels.

The South Australian Government responded to this and an adjunct Productivity Commission’s five-year assessment of the Plan in September.

They highlighted five key priority areas to sustain the health of the Basin, one of which included working with the “Bureau of Meteorology to provide climate change projections on water resource impacts.”

“The impacts of climate change remain an ongoing significant issue for the future health and productivity of the Murray-Daring Basin. If not managed appropriately, climate change has the potential to alter the weather conditions necessary for successful crop cultivation, lead to extended periods of drought and negatively impact our environment and daily lives,” the report said.

“South Australia agrees with the Royal Commission’s recommendations that a review of the climate change risks facing the whole of the Basin should be conducted.”