The blaze, which started near Yorketown, is burning uncontrolled in stubble towards the towns of Edithburgh and Coobowie, but the Country Fire Service says its rapid spread has been halted.

It has since burnt through about 4500 hectares and has been downgraded to a “watch and act” message.

SA Police Commissioner Grant Stevens this morning said the full extent of the damage was yet to be determined.

He said authorities were not aware of any loss of life.

“We do believe that there were 11 properties that have been affected, but the rapid damage assessment teams are moving into the fire ground now to make further assessments in relation to damage, particularly around Edithburg and also around Price,” he said.

“We did have concerns for one elderly gentleman who has been found safe and sound, and there are only minor reports in relation to injuries, with some 33 people being treated for eye-washing and minor burns and smoke inhalation.”

CFS chief Mark Jones said it was a “remarkable outcome” that no loss of life had been identified.

He said crews were currently holding the fire on the outskirts of Edithburgh.

“We were incredibly unlucky to endure those conditions, we were incredibly lucky to have the great emergency responders that the state has, and a public who are risk aware and took the necessary steps to make themselves safe,” he said. 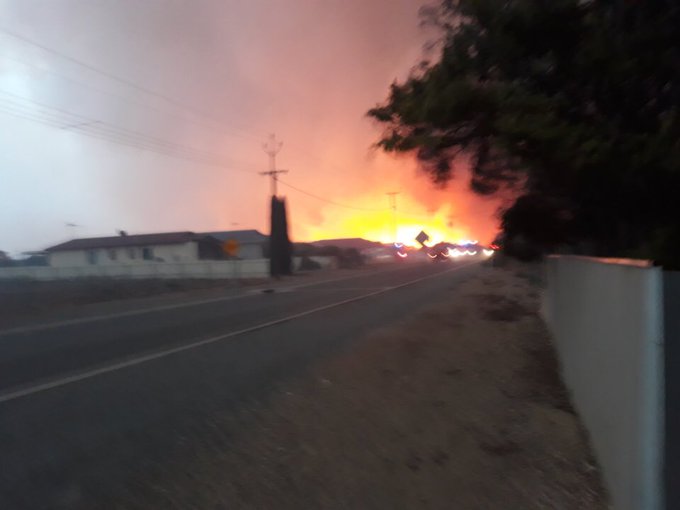 The fire approaching Edithburgh in the early hours of this morning. Photo: Tim Natt

Premier Steven Marshall said a large arterial tanker had been dispatched from New South Wales to help contain the fire.

“We have every hope that we will be able to contain that fire this morning,” he said.

Firefighters will remain in the area throughout the day to respond to any outbreaks, to secure the control line and to extinguish the fire.

Another fire is burning near Price, also on the Yorke Peninsula, but the threat for that fire was downgraded this morning.

At the height of the emergency, Yorke Peninsula Council Mayor Darren Braund said many residents had taken shelter overnight in the Edithburgh Town Hall but had been told to leave. 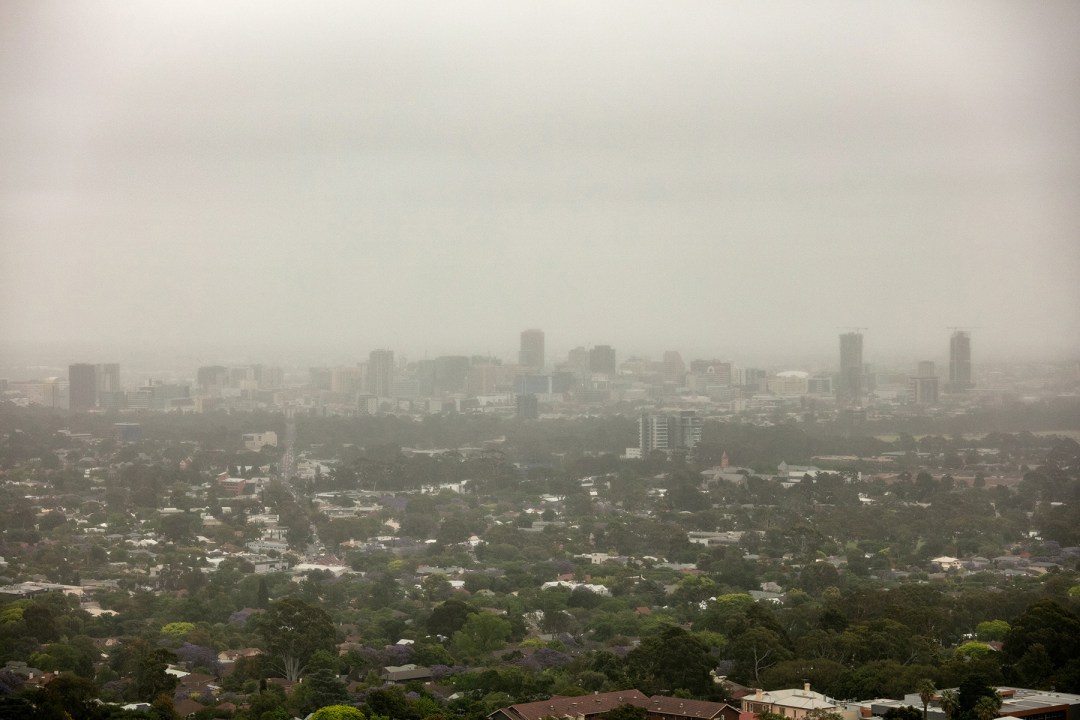 SA Health this morning issued a warning to people with pre-existing chest or heart conditions to stay indoors and avoid exercise as thick smoke covers much of the state.

“We also know that high levels of smoke inhalation can be associated with an increased risk of cardiac events such as heart attacks,” she said.

“Symptoms caused by smoke inhalation can occur several days after exposure so it is important to be vigilant and to continue any previously prescribed treatment.” 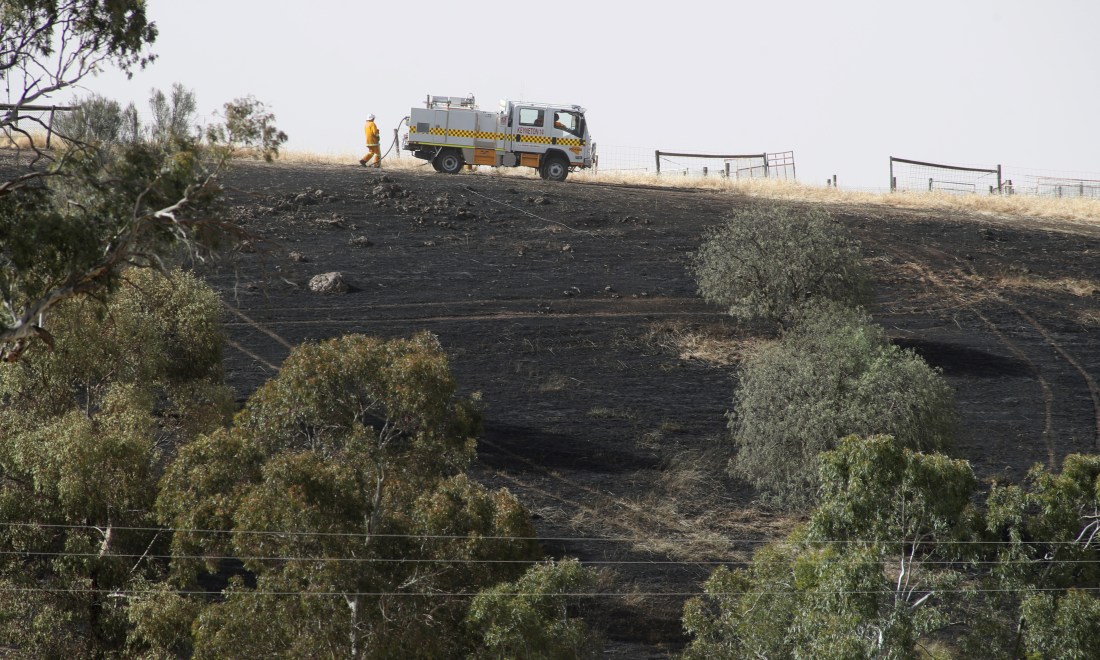 CFS crews mop up a fire in a paddock in Angaston yesterday. Photo: Kelly Barnes / AAP

“There was seven districts who had rated their fire danger at catastrophic yesterday – that was the highest in the history of the state,” Marshall said this morning.

“I would like to express my great sympathy to those who have suffered loss over the last 24 hours.

“There has been quite substantial loss affecting land, property, sheds and stock right across the state.

“I couldn’t be prouder as Premier than to say thank you very much to the great, capable CFS and emergency services workers that we have in South Australia, who have done an exceptional job.”

In Adelaide, the temperature reached 41.6 degrees Celsius in the late afternoon.

About 10,000 homes across the state had power cut in a measure designed to prevent potential ignition.

A cool change moved across the state early this morning dropping temperatures into the mid-20s.

A severe fire danger warning is still in place for the mid-north, Riverland and Mt Lofty Ranges districts.

For updates visit the CFS website www.cfs.sa.gov.au or phone the Bushfire Information Hotline on 1800 362 361.