Marshall announced the climb-down this afternoon, after withdrawing from the bid in August, saying “we’ve ended up with a good deal”.

He argued previously that “what was on the table” from Football Federation Australia was “just not a good deal”, insisting that “Adelaide Oval is really not an option” as a venue and that the Government “couldn’t even get an assurance for any of the major games to come to Adelaide, or even the Matildas”.

Tourism Minister David Ridgway went further at the time, saying there was “a cost to bid and then there’s also compensation for the Crows, the Power, the Stadium Management Authority – there are way too many variables”.

But as InDaily later revealed, several documents relating to the original Stadium Management deal suggested the Government was under no such obligation to compensate the SMA for any lost business.

Today, Marshall said an expanded event had ensured SA was able to “negotiate to use Coopers Stadium as it is at the moment”, without a previously-mooted upgrade likely to cost millions.

“Coopers Stadium is great… of course we would like to see it upgraded over time,” he said.

He did not say whether Adelaide would be able to host the Matildas during the event.

“We are heading into an action-packed summer of sport with a host of international and national events in South Australia, many of them featuring the world’s best female athletes,” he said.

“We start this month with the Mitsubishi Motors Australian International 3 Day Event, we have the Adelaide International tennis event, the Santos Women’s Tour Down Under, the ISPS Handa Women’s Australian Open golf and the ICC Women’s T20 World Cup teams arriving in February for their warm-up matches.

“South Australia’s visitor economy is at a record $7.6 billion and it is world class events such as these that will continue to drive this positive growth.” 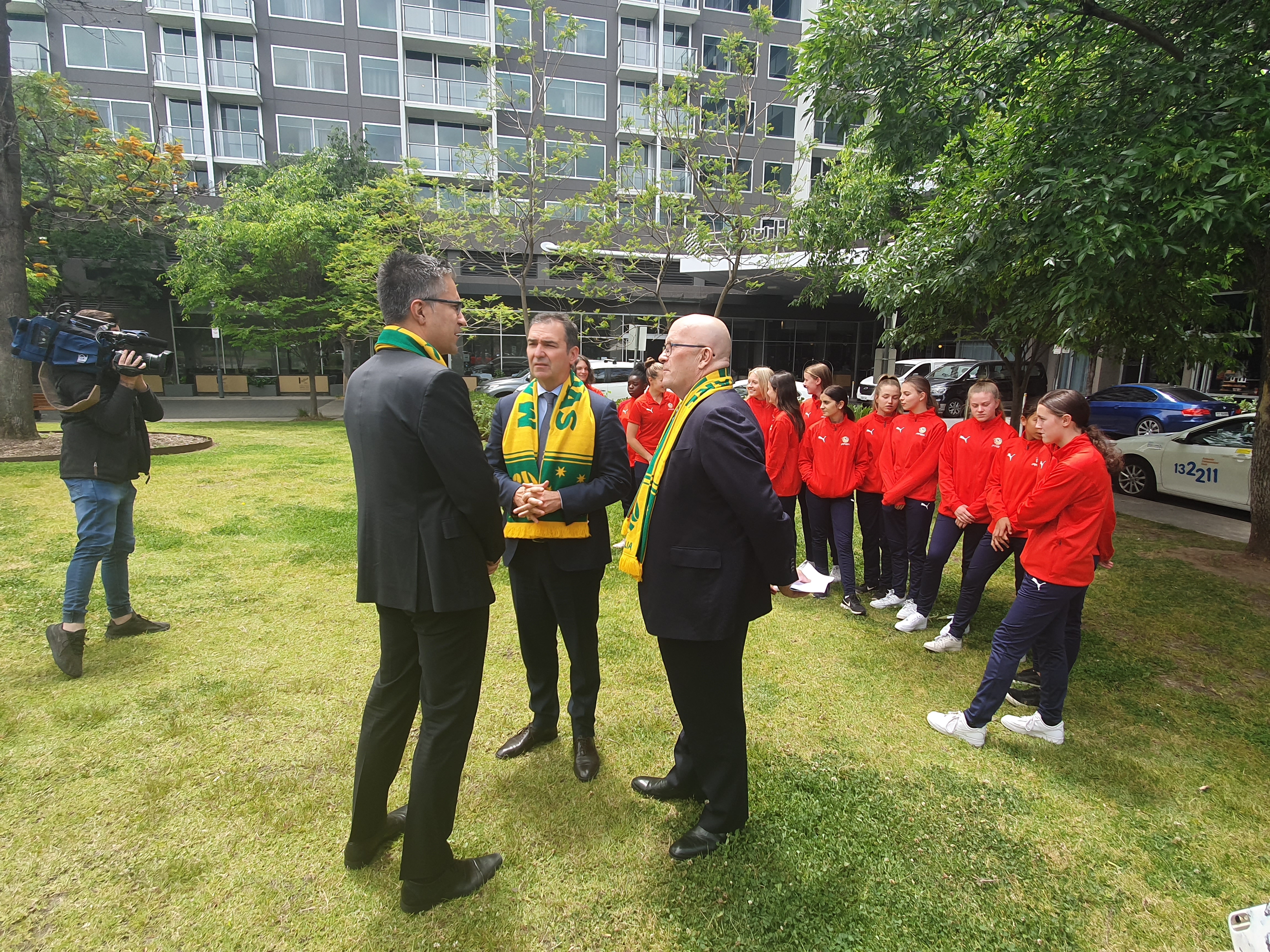 Marshall and Ridgway are back on board the World Cup bid. Photo: Bension Siebert / InDaily

FIFA’s previously publicly-published seating requirements stipulated a stadium with “20,000 seats for group matches (except the opening match), round-of-16 matches, quarter-final matches and the third-place play-off”, but the FFA had previously told the State Government it would require a minimum capacity of 22,065 seats, while Hindmarsh would also need an overhaul to various other existing facilities.

But FIFA’s recent decision to expand the 2023 Women’s World Cup gave the FFA greater flexibility in its demands, with the governing body advising the SA Government in August “of changes to the bidding requirements following expansion in the number of participating teams from 24 to 32 for the 2023 edition of the competition”, and suggesting it would “re-engage” with the state on the matter.

FFA Chief David Gallop said in a statement today he was delighted SA was back “onside with the bid”, calling it “a tremendous boost to our hopes of hosting the tournament in 2023”.

“We are thrilled that South Australia have committed to be part of the bid, which will be stronger for their participation,” he said.