Treasurer Rob Lucas’s land tax gambit will hinge on the latest peace deal put to Darley, a former Valuer-General, but another parliamentary linchpin remains resolute in opposing the reform, lashing the state’s Property Council for backing the “draconian measures”.

With Labor determined to block the twice-amended legislation, the Marshall Government will need crossbench support – either SA Best or Advance SA MLC Darley – to switch their position and back the Bill when it appears before the Upper House this week.

With SA Best remaining trenchant, Lucas’s focus is on Darley, with whom he met again this morning to put forward a new compromise that would see the planned laws again amended.

Darley suggested there was room to manoeuvre, telling InDaily: “At this stage I haven’t changed [my view], but we’re looking at something – and that’s about all I can say at the moment.”

While he declined to detail the proposal, he suggested it focussed on “rates and thresholds” rather than aggregation provisions, but added: “Put it this way… as I said to Lucas, I’m pessimistic.”

But InDaily understands the deal involves the establishment of a new ‘compensation fund’ – with a $10 million pool to help reimburse ‘mum and dad’ investors burnt by the aggregation crackdown.

It’s unclear how individuals would qualify for the fund, or if the measure is even enough to swing Darley’s crucial vote.

Darley, as revealed by InDaily in September, has previously proposed amendments to the planned land tax aggregation crackdown, which would see exemptions for properties rented to low income tenants, retail premises with an annual rent less than $400,000 and land deemed to be allocated for affordable housing.

“These solutions may include the above as well as other matters such as a change in the scale of rates,” he wrote in his submission to the draft legislation earlier this year.

But he’s now taking soundings on Lucas’s new offer, with several industry groups understood to have been summoned for an afternoon meeting to discuss Lucas’s latest proposal.

The Property Council is reportedly satisfied that the reduced rates of land tax will help its bigger members, so bugger the little guys… in my view these are treacherous and disrespectful actions

These are understood to include Business SA, the UDIA, Master Builders and the Property Council, who had previously led the charge against Lucas’s aggregation measures before cutting a compromise two weeks ago that would see the top land tax rate of 2.4 per cent phased in at a higher threshold.

That deal today prompted the ire of SA Best, with MLC Frank Pangallo writing to the lobby group to “express our extreme dissatisfaction at the Property Council’s conduct in recent weeks over the land tax issue, particularly ‘negotiating’ a ‘deal’ with the Government in return for its support for the draconian measures which the Property Council had so vehemently opposed and attacked”.

“SA Best was opposed to the land tax proposal from the outset and supported the Property Council’s views that it was not good for the state’s economy, business or the property sector, particularly ‘mum and dad’ investors who stood to be the biggest losers,” the wrote in the letter, a copy of which was provided to InDaily on request. 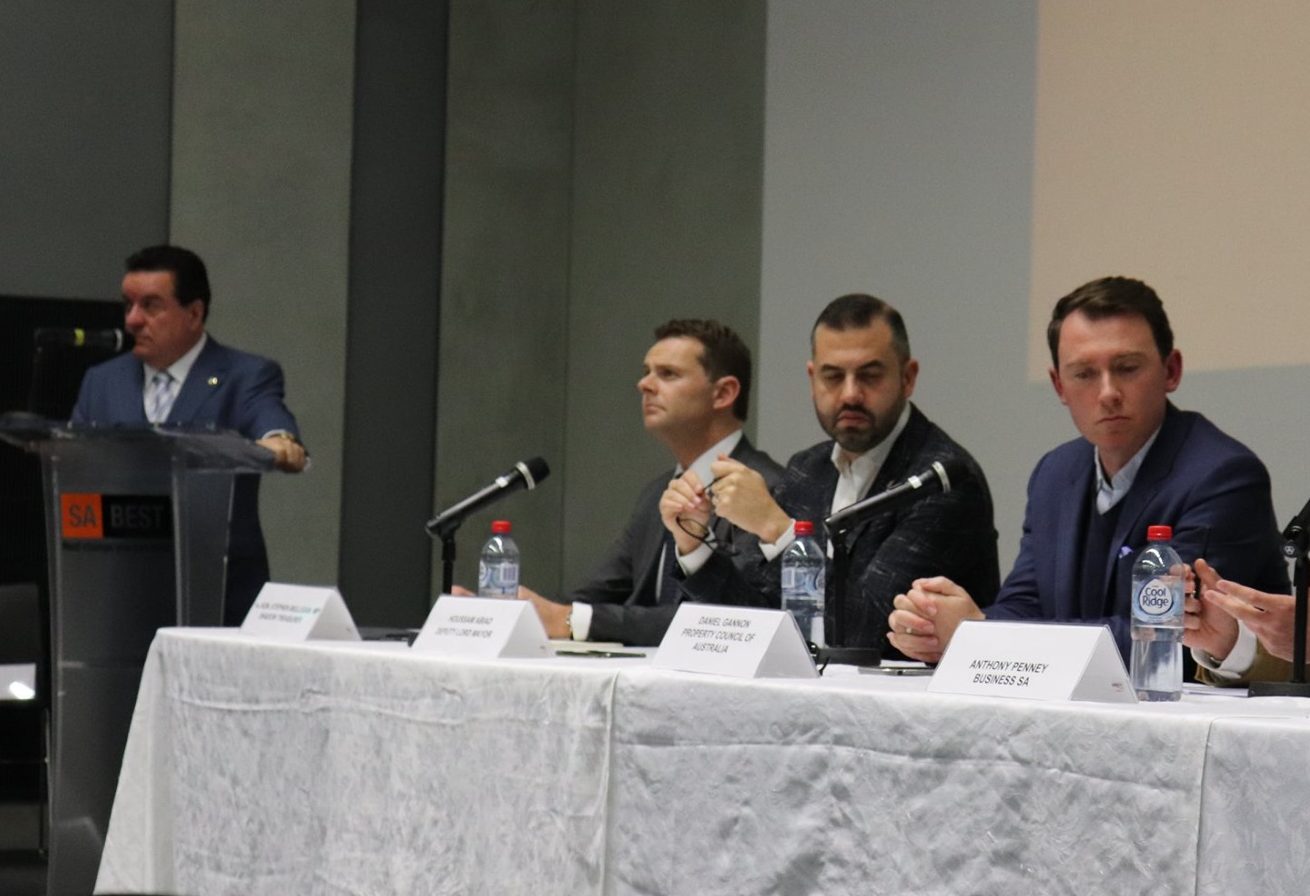 Pangallo wrote that “the Property Council’s concern for ‘mum and dad’ investors seems to have been abandoned” in the recent deal.

“The Property Council is reportedly satisfied that the reduced rates of land tax will help its bigger members, so bugger the little guys,” he chided.

“In my view these are treacherous and disrespectful actions to all those who got behind the Property Council, including many of your own members who contacted me to express their disgust…

“The Property Council has now lost SA Best’s confidence and trust and that will be very difficult to rebuild.”

“Despite what is claimed in this letter, there is widespread support for the latest version of the Bill across the industry and this organisation,” he insisted.

“The Property Council has made it very clear that this Bill isn’t perfect, it’s a compromise. Given South Australia’s anti-competitive land tax rates, this Bill will place us on a downward rates trajectory, which is important for landlords, tenants, sub-contractors and consumers… on balance, we now think it’s a fairer compromise.”

He said Pangallo “has made it clear that his political party does not have an appetite for a compromise or to improve the Bill, which is his prerogative and we respect that”.

Lucas did not comment on his latest compromise offer, telling InDaily Darley had already publicly stated he was opposed to the Bill and he had no reason to believe otherwise.