The contract, awarded to professional services firm PwC in February, lays out plans for a new, out-of-hospital, non-government health services sector, framed as a direct replacement for public hospital beds.

“A rebalanced health system will have a greater focus on health prevention and an ‘industrialised’ out of hospital sector that adequately services a range of health and mental health conditions,” the contract reads.

“Reliance on beds in hospital facilities will be reduced and current disparate Hospital in the Home, intermediate and community care services will be organised into a recognised service system between hospital and GP care.”

“Care will be provided at a lower cost to previous facility-based beds and may increasingly be provided by the non-government sector.”

The contract, valued at $93,671, requests an “economic analysis narrative for rebalancing the South Australian Health system” and a cost-benefit analysis of the approach.

Representatives of the Government and SA Health have used the phrase “rebalancing the health system” in their public statements since, focusing on a shift to preventative healthcare.

Union representatives for doctors and paramedics have expressed alarm at the document, warning that patient outcomes would be ill-served by the replacement of public hospital beds with private health services.

But the nurses’ union does not interpret the language in the contract as a wholesale privatisation plan, but rather as a pivot to lower-cost preventative care, which it supports.

InDaily put questions to Health Minister Stephen Wade about the meaning of the document, and whether the Government’s strategy for hospital reform was to offer private services in place of public hospital beds, but he did not respond to those questions.

He also did not respond to requests to release the PwC report the contract commissioned.

Ambulance Employees Association General Secretary Phil Palmer told InDaily: “it looks very much like they are paying a consultant to find opportunities to privatise aspects of public health.”

“SASMOA fears what may be happening is an agenda to run down and under-resource our public health system in preparation to divert public money to private health providers resulting in poorer quality outcomes for the community and patients,” she said.

“The Minister needs to stand up to the Treasurer and defend our public health system from constant cuts.

“We can’t do hospitals on the cheap. We need to know Government’s true agenda for our hospitals.”

This to me reads as a very positive agenda

She said that although the nurses’ union would opposed a “wholesale privatisation” of health services, “this (document) isn’t that”.

“This to me reads as a very positive agenda,” she told InDaily.

“The rebalance that I think they are talking about (is) preventative health care and in-home care.

“On its face, at this point, no, we don’t have grave concerns about this (but) we may be surprised.”

She stressed, though: “We don’t support a privatisation of our public health system (and are) opposed to any radical shifts that result in abandoning or reducing the public service currently available to our community.”

“We will hold the government to account for their commitments.”

You can read the contract below (the passages InDaily cited are on page 3).

During the 2018 election campaign that elevated the Liberal Party to government, then-Opposition Leader said publicly that: “We don’t have a privatisation agenda.”

“The pilots have shown that community-based acute care is embraced by patients and delivers high quality, sustainable care,” he is quoted in the release as saying.

“As a result, we are looking to develop hospital-level care in the community on a much wider scale.

The release called for expressions of interest from “interested home and community health services”.

In July, the Marshall Government announced it would contract out elective surgery to private hospitals over the next four years in a bid to reduce ramping and public hospital overcrowding.

This month, Wade’s office released data showing paramedics and patients waited outside hospitals for 2303 hours in September, the worst ramping figures in the state’s history, up for the previous month’s record of 2090 hours. 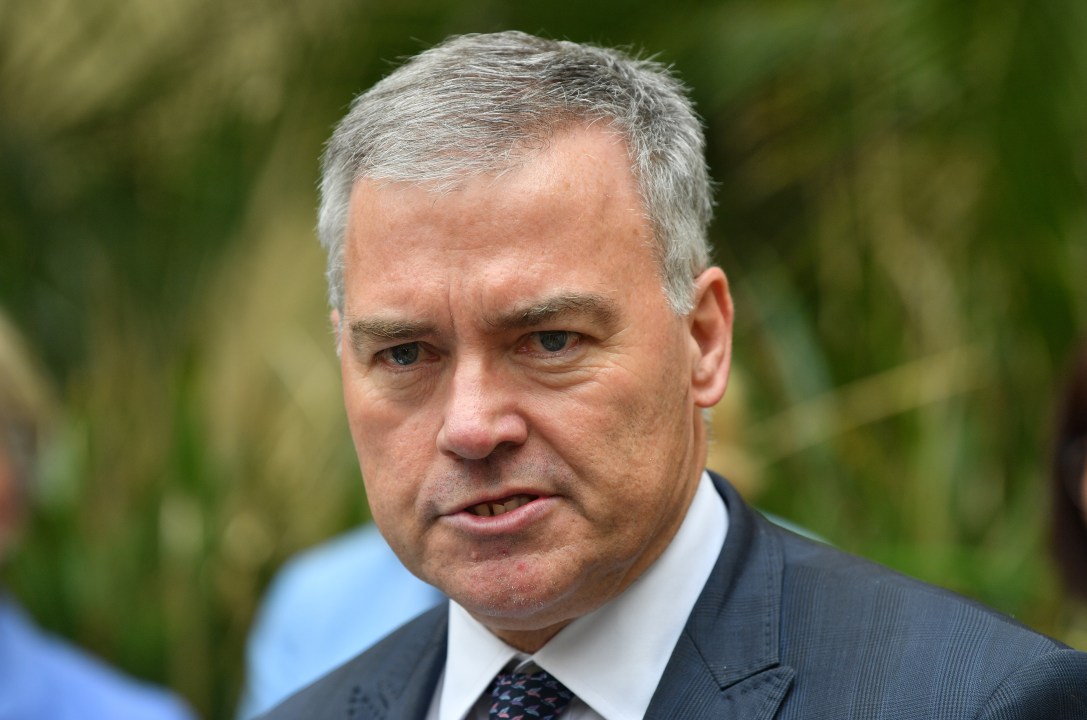 In a statement to InDaily today, Wade said the Government was “committed to rebalancing the health system to ensure a greater focus on providing patient care closer to home”.

“We are committed to fixing Labor’s mess – Transforming Health and 16 years of mismanagement,” he said.

“The Marshall Government is rebalancing the health system through initiatives, such as the Home Hospital Program and Priority Care Centres.”

He described the plans as “good for the health system and great for the patient”, adding: “We are opening more community beds and created more community care options at the same time as opening further acute hospital beds at the Lyell McEwin, Modbury, Noarlunga, Royal Adelaide Hospitals and Glenside and Repat health precincts.”

This month, in anticipation of reduced demand with the end of the winter peak period, the Government closed 32 beds at the Royal Adelaide Hospital, 16 at the Queen Elizabeth Hospital, eight beds at the Hampstead Rehabilitation Centre, and four at Semaphore South’s St Margaret’s Hospital.

Govt refused to release the contract

InDaily discovered the contract on the Government’s SA Tenders and Contracts website this week.

The Government had refused to release it to the Opposition, which had requested it under Freedom of Information laws in April this year.

A letter from Ombudsman SA Senior Legal Officer Helen Lines, dated 17 July and viewed by InDaily, acknowledges SA Health’s refusal to release the contract and associated documents, and Labor MLC Emily Bourke’s request for the office to review the decision.

Addressing the substance of the contract, Opposition Health spokesperson Picton said there was “no evidence whatsoever that the public will get any benefit by these important health services being privatised to the private sector”.

“Despite Steven Marshall promising the public before the election that he didn’t have a privatisation agenda, he has swiftly moved to commencing privatising essential services across all areas of government,” he said.

“We knew that the Liberals were already considering privatising essential testing by selling off SA Pathology and shifting public patients to private hospital contracts.

“Now it emerges that it is considering privatising a range of out-of-hospital programs run by the public health system.”

He said the revelations were particularly concerning in the wake of comments by Independent Commissioner Against Corruption Bruce Lander this month that SA Health was “riddled” with maladministration and likely harboured corruption.

In an extended interview with InDaily last week, Lander said prosecution of clinicians over suspected corrupt practices has been effectively frustrated by poor record-keeping within SA Health, and that he would preparing a report for parliament, detailing the scope of his concerns about the key department.

ILL HEALTH: InDaily is publishing a series of investigative articles on the state of SA Health. Go here to follow the series