In an exclusive interview with InDaily, Lander has identified clinicians as the main focus of his corruption investigations concerning SA Health over the past several years.

And he raised a series of grave concerns about how the department functions, including how it manages top doctors who wield outsized influence over non-clinical managers and whose power may discourage potential whistle-blowers from disclosing wrongdoing in the public interest.

Conflicts of interest in the spending of public money, especially in relation to procurement and research activities; the vexed issue of doctors’ rights to private practice; incomplete documentation of major SA Health decisions; and staff accountability for time spent on the job are among his additional concerns.

Lander revealed that he is preparing a report for State Parliament to detail the problems he sees within the department and outline what his office has learned over the past five years through its corruption investigations involving SA Health. The report is to be tabled before the end of next month.

The Commissioner has been refused extra funding from the State Government to complete a comprehensive evaluation of SA Health, which he believes is “riddled” with maladministration and is likely to house corruption.

ILL HEALTH: InDaily will be publishing a series of investigative articles on the state of SA Health. Go here to follow the series

During his interview with InDaily, Lander lamented what he viewed as a structural power imbalance between SA Health “middle-managers” and leading specialists.

He also expressed disappointment about a failure among some SA Health staff members to consider the public interest in the course of their taxpayer-funded work.

Lander said his investigations into possible corruption within SA Health had been “frustrated” as a result of “poor record-keeping within Health and vague arrangements that are not properly documented”.

“As a consequence, it is very difficult to obtain sufficient evidence that would establish criminal behaviour on the part of certain people,” he said.

“If there’d been record better record-keeping, we would have been able to establish that there had been corruption involved.

“But as it happens … the hard evidence isn’t there.” 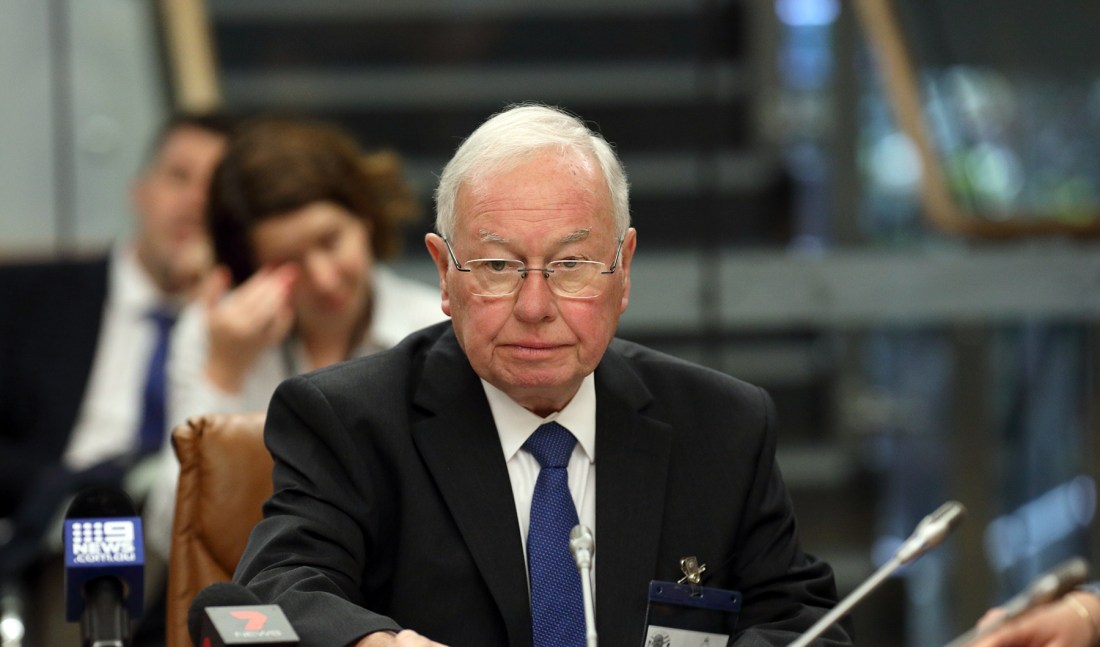 He said unclear employment contracts were a key area of concern.

Asked whether the vagueness of these arrangements could enable “double-dipping” – that is, where a medical specialist is employed by one health service, but then simultaneously paid by another health service, Lander said: “That’s a problem that could arise.”

“And it would be surprising if it did arise, because you would think that the local health networks would speak to each other about who they employ – so that would know whether one person they employ is also employed by another person.”

McGowan emphasised that Lander had not made any “findings” of corruption within his department.

Asked where responsibility lies for the sorts of record-keeping he thinks concerning, Lander nominated “middle-management”, but stressed that responsibility also extended across various levels of SA Health.

“Record-keeping here is worse than any other department,” he said.

“I suppose the LHNs (local health networks) have got responsibility for keeping most of the documentation.

“But I think one of the issues is (that) there hasn’t really been any sort of consistent policy or requirement across the LHNs – and each LHN has tended to have a different approach.”

He said his investigations within SA Health over the past several years had mostly concerned clinicians.

“So, I know more about them than the rest of the staff.”

Lander took aim at the power structures within SA Health, arguing that senior clinicians are often “less troubled by proper management than managers (are)”.

“It’s not easy for someone who’s an ASO6, on $90,000-a-year, to tell a senior … surgeon how to behave or what can be done, or what can’t be done,” he said, stressing that this was a hypothetical example rather than a specific matter his office had investigated.

“You can understand the problem – the response from the senior surgeon is ‘I’m saving lives, get out of my way’.

“In organisations such as Health, where you have middle managers managing senior clinicians, it’s not easy.”

He added that some within SA Health neglected the public interest during the course of their taxpayer-funded work.

“There’s a disappointing attitude not to have regard to the public interest,” Lander said.

“You’d think that all of us in public administration should have regard, when we do anything pursuant to powers or obligations, that it’s always what’s in the public interest.”

He did not respond to those questions directly.

Instead, SA Health released a statement, to be attributed to a spokesperson, emphasising that all allegations or suspicions of serious or systemic maladministration or corruption are referred to Lander’s office.

“It is at the discretion of the ICAC Commissioner as to which investigations he undertakes,” the statement reads.

“SA Health works to provide the Commissioner with the information required to carry out his investigations.

“Dr McGowan is on record as welcoming an investigation into areas of suspected maladministration or corruption should the Commissioner decide to conduct an investigation.”

The spokesperson identified the appointment of corporate administrators KordaMentha to overhaul the finances of the Central Adelaide Local Health Network (CALHN) and the launch of an SA Health hotline for misconduct as the key measures the department had taken in the past 12 months to improve its culture and practices.

“In addition, since 1 July this year the devolution of governance arrangements has created Local Health Network Governing Boards,” the statement says.

“All Boards have audit and risk committees to oversee the issues that go directly to the matters raised by the Commissioner, including fraud and management controls.

“The safety of our staff and patients is our highest priority.” 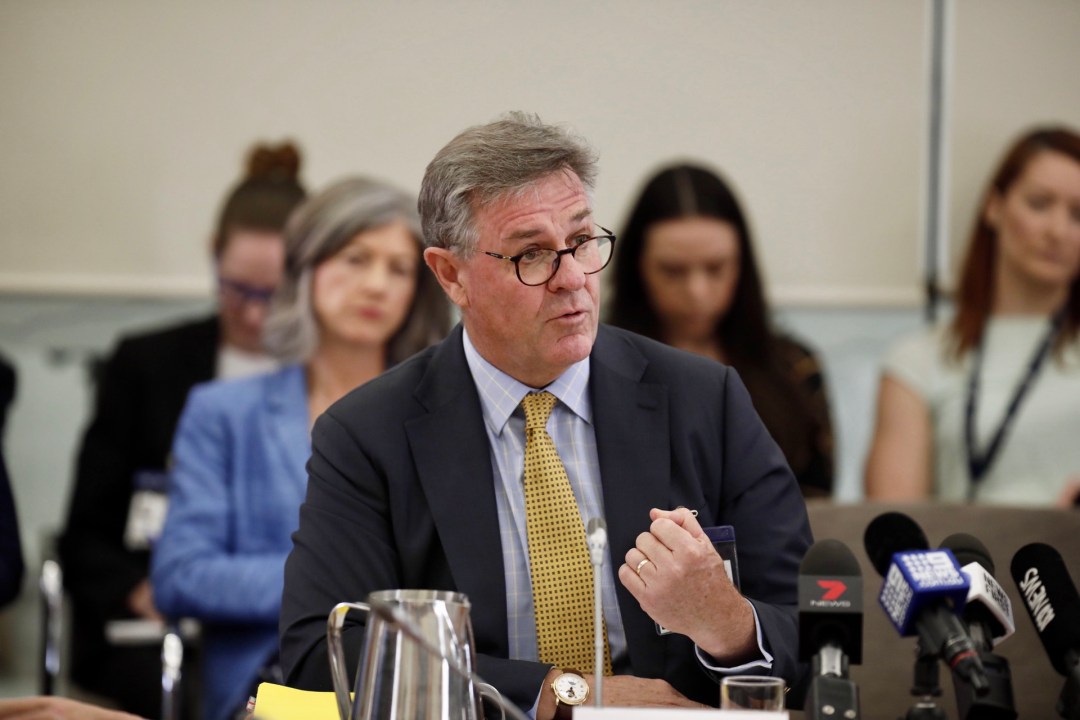 McGowan addressed a parliamentary committee this morning, telling MPs that “we, SA Health, continue to be supportive of an independent investigation into employment arrangements”.

“The funding of ICAC is not a matter (for) SA Health.”

McGowan emphasised that Lander had not made any “findings” of corruption within his department.

“The Commissioner himself has said that there’s no findings of corruption in Health,” the SA Heath boss told the committee.

He said the department had taken “significant measures”, including appointing KordaMentha to oversee the finances of CALHN.

He said they were working to “improve the performance of the LHNs (local health networks) in many respects”, but that “systematic issues” raised by the Commissioner were being addressed through the introduction of boards overseeing the networks.

Lander told reporters earlier this month that SA Health was “riddled with maladministration” and that he was “very confident” corrupt behaviour was going on within the department.

The day after he made those comments, his office released a series of letters related to his request for $2 million in government funding for an evaluation of SA Health.

In it, he noted that both Wade and McGowan agreed it would be desirable for the ICAC to conduct such an evaluation.

In his letter, the Commissioner writes that one in every five complaints to his office had related to SA Health, which was “at serious risk of corruption, misconduct and maladministration”.

“Based upon observations over nearly five years as the Independent Commissioner Against Corruption I have formed the view that there is widespread maladministration throughout SA Health,” the letter, dated August 20, reads.

“A number of investigations already undertaken by my office have been thwarted because of poor records management and condonation of improper behaviour or improper practices by senior staff.

“Those investigations have exposed not only significant wrongdoing and misuse of public resources, but a culture and an environment where such conduct is not identified and dealt with appropriately.”

The letter recalls meetings Lander had with State Cabinet, Wade and McGowan in early 2018, during which, “I described my concerns around potential corruption, misconduct and maladministration in various local health networks”.

“I am empowered under the ICAC Act to conduct an evaluation of the practices, policies and procedures of a local health network,” it reads.

“I note during our meeting on 16 August 2018 that both you and your Chief Executive agreed as to the desirability of such an evaluation.”

But in a letter sent to the ICAC in September 2018, Treasurer Rob Lucas declines to provide the funding.

“The government through the 2018−19 Budget has provided ICAC with additional funding of $14.5m over four years to support its operations and to enable ICAC to hold public hearings,” Lucas’s 18 September 2018 letter reads.

“Therefore I advise that the government is not in a position to provide any further additional funding as outlined in your letter.”

Opposition Health spokesperson Chris Picton said during an interview on ABC Radio Adelaide last week the Government was failing to give the ICAC the resources it needs.

“The Premier is denying that the ICAC Commissioner should have the resources he needs to investigate this, when his office is getting paid some $5-8 million less than what Rob Lucas is paying out to his own corporate liquidators, KordaMentha,” Picton said.

“And he’s poised to sign another extensive contract with them but he’s not giving the ICAC Commissioner the resources he needs to investigate these serious matters.”