More than 70 per cent of ratepayers who voted in the special ballot, run for the council by the Electoral Commission of South Australia, were in favour of a proposition to keep an administrator in place until the next round of local government elections in 2022.

However, that can’t happen under the current Act, with the period of administration limited to 12 months.

Local Government Minister Stephan Knoll will introduce a Bill to parliament next week, extending the period of administration allowable to 24 months, and introducing a specific measure to allow the current Coober Pedy administration period to continue until 2022.

Knoll appointed former Playford Council CEO Tim Jackson as Coober Pedy administrator in January this year, only months after a new council was elected. However, his appointment was in response to a raft of previous problems with the council, including a scathing Ombudsman’s report which found serious maladministration.

The previous council considered its financial position so dire that it invited Knoll to replace them. The newly-elected mayor, Les Hoad, agreed in January that an administrator had to be appointed to sort out the council’s affairs.

Now, Coober Pedy ratepayers have agreed, with the ballot showing a large majority want an administrator to remain in place.

In addition, a small majority – 51.17 per cent – want to offload the electricity system to the State Government should it prove to be financially sensible.

A slightly larger majority – 53.5 per cent – are in favour of selling the water assets to the Government.

Knoll welcomed the vote in relation to the administrator.

“Earlier this year the State Government appointed an administrator on the back of an Auditor-General and Ombudsman’s Report which highlighted irregularities and issues with the financial governance of the council,” he said in a statement.

“It is our intention to ensure this Bill passes Parliament by the end of this year to ensure Mr Jackson can continue in his role to help ensure that Coober Pedy council’s financial position is sustainable going forward so it can deliver better services for ratepayers.” 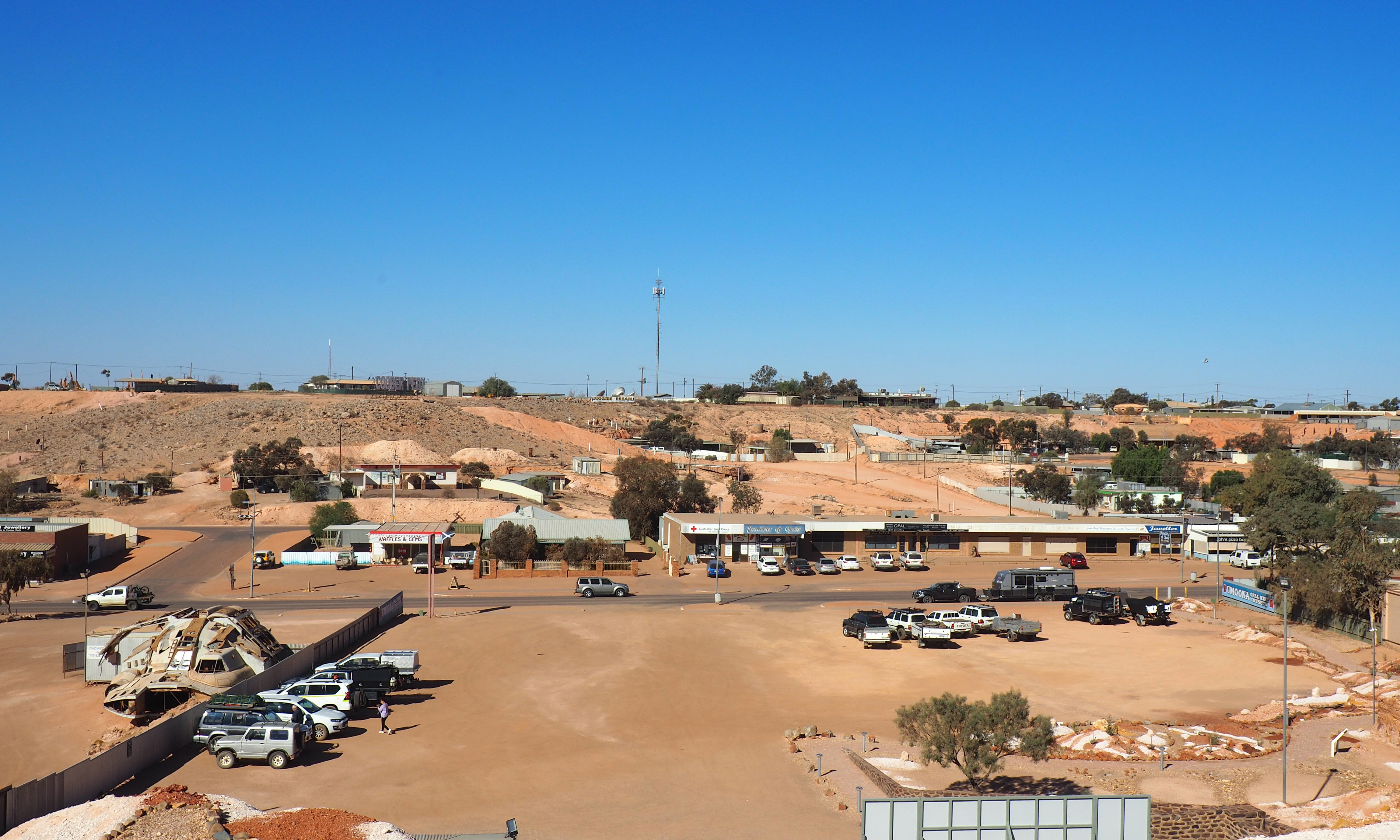 The opal mining town is unique in South Australia because it manages the provision of water and electricity services to ratepayers.

The Auditor-General, Andrew Richardson, released a report into the council’s finances in December 2018 which found that the council was unlikely to be able to meet its financial obligations and raised doubts about its capacity to continue to provide these essential services to the community.

The report found multiple breaches of the council’s obligations under the Local Government Act and warned that it carried an unsustainable $6 million in debt.

The previous State Government encouraged the off-grid council to sign a 20-year electricity deal with a private company worth nearly $200 million. The deal, effectively underwritten by the taxpayer via electricity subsidies, prompted a scathing Ombudsman’s report in 2018, which found the council had committed serious maladministration by not putting the deal through proper procurement processes.

The Ombudsman recommended that Knoll consider replacing the council’s elected members with an administrator, which he subsequently did.

The question now is whether Coober Pedy’s financial problems and essential services will be taken on by the broader South Australian community – a question that Jackson took to the community.

Just over 35 per cent of ratepayers – 350 people – voted in the special poll.

Three-quarters of them voted in favour of the proposition: “Do you support the Council conducting a poll of electors on every occasion when it proposes to increase municipal rates by more than CPI?”

Jackson told InDaily today that under his administration, the council would now ask the community to decide whether it will accept rate increases above CPI, or a lower level of service, if and when that choice comes up.

While he would not commit to staying in the position until 2022, he said he was happy to stay longer than 12 months if the Government’s legislative changes are passed.

Jackson said the financial challenges facing the council and the community would continue, with water costs a particular problem to the council’s bottom line.

In order to wrest back financial control, he has proposed significant increases in water charges – including up to 69 per cent on the usage component.

“Generally speaking, water will now be three times as expensive as it is in Adelaide – it’s currently double,” he said.

“It’s inequitable but that’s what I need to do.”

He said he wanted the State Government to introduce an interim subsidy to reduce the impact on the Coober Pedy community until a decision was made about the future ownership of the water assets, which also needed about $10 million in investment in the near future.

Debt default is already a significant problem in Coober Pedy, particularly in relation to electricity bills.

Jackson said the electricity asset wasn’t a financial problem for the council because it received a subsidy from the State Government. Water, on the other hand, was not subsidised.

“The electricity is okay, provided the Government subsidy continues,” he said.

Water Minister David Speirs said he was sympathetic to Coober’s Pedy’s plight and the Government was “actively working with the council’s administrator to explore a range of solutions”.

“I have recently asked SA Water to meet with officials from Coober Pedy to develop a detailed understanding of the community’s needs and I look forward to working through this further in the coming weeks and months,” he said in a statement.

Below are provisional results of the Coober Pedy vote, as reported by the Electoral Commission. 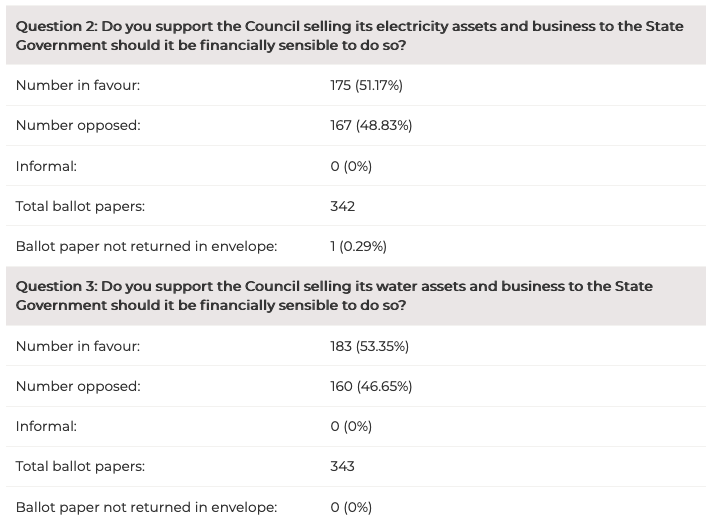