Pyne is listed on the state’s lobbyist register as a co-owner of consultancy firm GC Advisory, together with its founder and his former staffer Adam Howard.

The firm added a range of clients to the register today, including the Polites Group, along with the Ginos, Duke, Fiora and Precision Groups.

Pyne’s firm also represents the Chapley Group and the Hickinbotham Group, whose managing ditrector Michael Hickinbotham is on the executive committee of the state branch of the Urban Development Institute of Australia – one of the most prominent opponents of Treasurer Rob Lucas’s land tax reforms.

Pyne did not initially respond to inquiries about whether he had been contracted as a consultant on the land tax issue, but today released a statement.

“In addition to the Hickinbotham Group, who have interests across a range of issues including land tax, GC Advisory has been engaged by WRP to assist some of their clients on this issue,” he said.

“In the interests of full disclosure and out of an abundance of caution we have added these companies to the register. We are proud to work with SA companies and individuals who make a great contribution to our state’s economy.”

InDaily has sought comment from the Polites, Ginos and Hickinbotham groups, as well as from WRP Legal and Jo Chapley, the in-house legal counsel and general manager of the Chapley Group, who attended a recent forum for stakeholders affected by the land tax changes, organised by Adelaide MP Rachel Sanderson.

In a statement, Marshall said SA businesses were “free to hire whomever they like to represent their interests and views to the Government”.

“All feedback is welcome as we embark on the biggest reduction in land tax in the state’s history,” he said.

The deadline for feedback on the Government’s draft reform bill is tomorrow, with Treasury set to be swamped by submissions voicing their opposition.

The UDIA and Property Council have both confirmed they will be making submissions, as has Master Builders SA, which last night held a briefing for members about its opposition to the aggregation measure that will reap $86 million a year for Treasury’s coffers from next year.

CEO Ian Markos called it “a blatant revenue grab from the Government”, saying he was “yet to speak to a single member that likes this” and arguing there were savings to be made in the public service before hitting the private sector.

“It’s the private sector that creates the jobs in SA, and the economic growth and higher living standard,” he said.

“This Government doesn’t really have a revenue problem – they’ve got a spending problem… before increasing taxes, they need to rein in the inefficient public sector, which creates more problems than it solves for the building industry.

“If they want to get extra money, that’s where they need to start.” 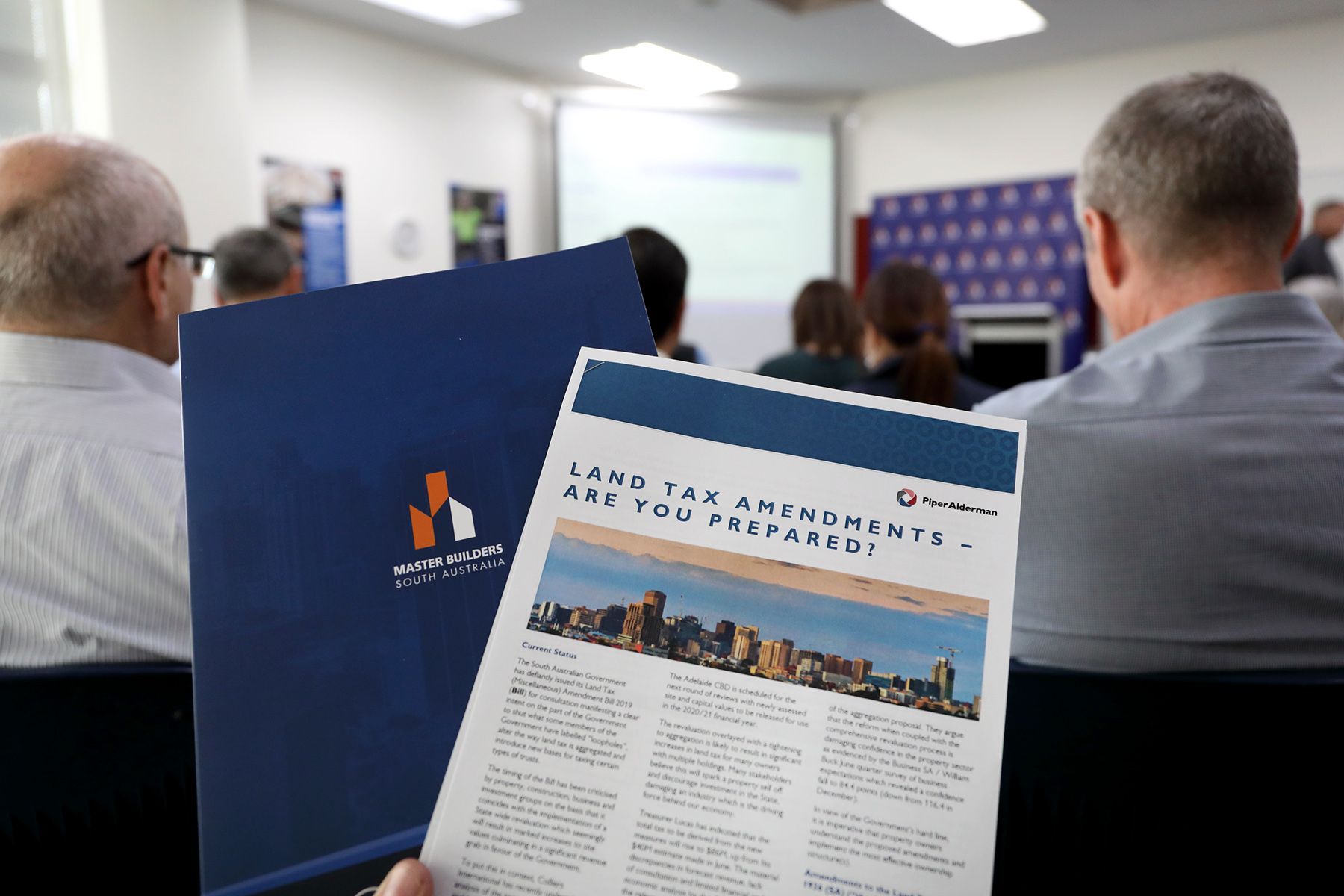 Lucas said the Government had already received around “40 or 50” submissions in its consultation period – although he maintains the fundamental elements of the Bill are not up for negotiation.

“If you’re talking about the fundamental [points] – are we going to change the 2.4 per cent or get rid of aggregation – the Premier and I have been pretty clear we’re not turning everything on its head as a result of this,” he said.

But he said he would “still consider” the submissions.