In 1991, during the Gulf War, the flight surgeon was on board a Black Hawk helicopter when it was shot down over Iraq.

The crash killed five of the eight crew but Cornum survived with two broken arms, a broken finger and a gun-shot wound in her back.

She was found and held captive by Iraqi soldiers where she was sexually assaulted, held at gun point and witnessed the mock executions of other prisoners of war.

After seven days in captivity, and a week after the Gulf War ended, Cornum was released.

She said she survived because of her mental resilience, a message she’s bringing to an Adelaide event next week.

“It wasn’t that big a deal to me, psychologically… because I treated it like any other problem in my life,” she told InDaily this week.

“It took me several years after that to realise, ‘oh, not everybody does that Rhonda,’ but I didn’t even think about it [while captive].

“That wasn’t my mission, to think about how every other person in the world solved problems. My mission was to solve mine”.

Psychological resilience is the ability to cope with adversity, trauma, tragedy, threats or significant sources of stress, by employing mental processes and fostering the skill to “bounce back”.

Rhonda said her own innate psychological resilience is the reason she survived, as well as the utilisation of certain mental processes.

She methodically broke down her problems into “small-enough bite-sized steps” that could be solved. She also tried not to catastrophise her imprisonment.

“I just looked at things that I could personally have some control over,” said Cornum.

“One of them was how much information I could give the enemy, one of them was I could eat or drink everything they could ever offer me so I couldn’t starve to death.

“I realised I had an infected finger and I could do something to drain it so I wouldn’t get sepsis.

“I think I probably made the active decision not to think about the worst thing that could happen.”

Cornum is now retired from the army and owns a farm in Kentucky, cropping soybeans and corn and rearing a menagerie of animals.

She is also Director of Health Strategy for an I.T development health record and resilience company, TechWerks, and gives international talks regarding resilience and how it can be utilised by other sectors and “soldiers,” including young people in the workplace. 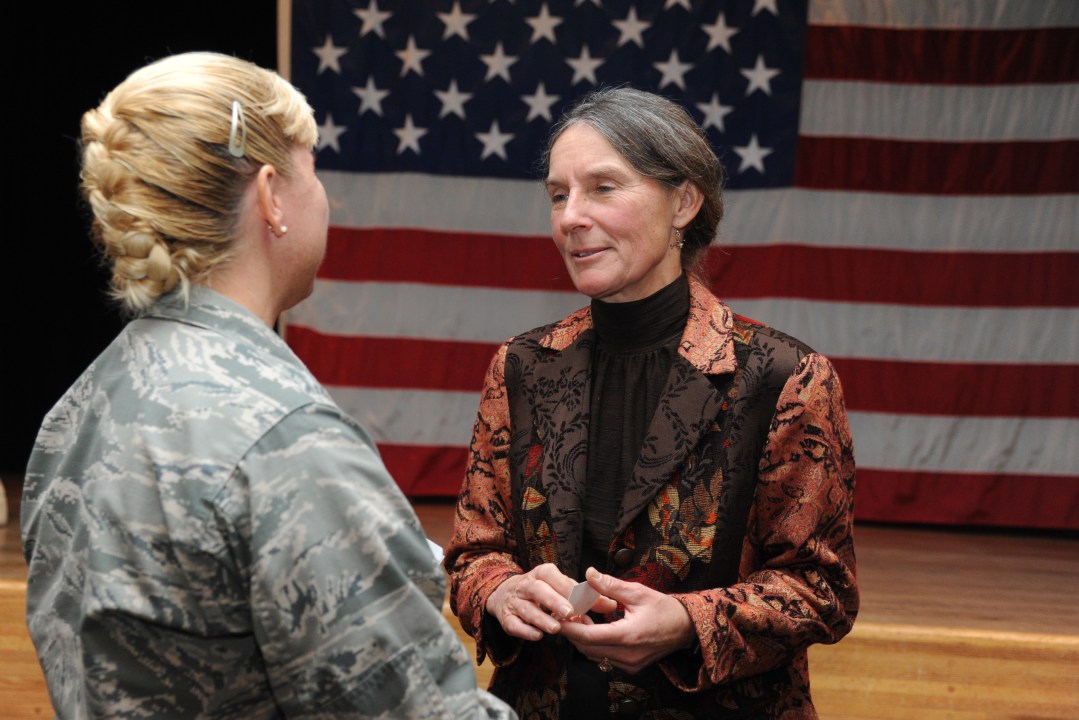 She said she sees parallels between people in the civilian workforce and members of the military, arguing both need resilience to perform at their best.

“Soldiers are just people who wear uniforms every day,” she said.

“The [resilience] training works on everybody because there’s nothing military-specific about it.

“Those are not militarily unique issues.”

Cornum will be in Adelaide on Wednesday, July 17, to talk about “The Resilience Advantage At Work”.

Organised by the SAHMRI Wellbeing and Resilience Centre, the Hilton Adelaide breakfast event will illuminate how the corporate sector should encourage robust psychological fitness among its employees and why training is needed to overcome adversity.

“Resilience is going to be helpful at work not just for those people who are going to get fired or their business is collapsing or they’re getting sexually harassed or something disastrous is happening – they’re going to be better period.”

Cornum said resilience has been linked to increased physical immunity and engagement in the workplace.

However, she is “frustrated” that, while the data supports resilience training as being “unanimously positive, it hasn’t been rolled out to individuals on a national or even local scale.

“If we wait until people have a real diagnosable problem, we are way behind the power curve,” she said.

“That is the worst time to try to fix it.”

After Cornum was a prisoner of war in the ’90s, she returned to her job and remained in the military for 20 years.

She said that if she didn’t have psychological resilience she may not have returned to work. She also could have “colluded with the enemy” or experienced self-doubt.

Instead, she said to herself, “why would I get out now?”

In 2008, she served as the director and co-founder of the US Army’s Comprehensive Soldier Fitness initiative – one of the largest resilience training programs in the world.

Those who trained in the program were less likely to experience mental health issues – depression, anxiety, post-traumatic stress disorder and substance abuse issues – and benefitted from increased rates of optimism and the development of coping mechanisms.

Although Cornum doesn’t operate in war zones any more, she said she still practiced resilience every day to maintain her own wellbeing.

“I live on a farm and raise grass-fed beef and chickens and turkeys and baby racehorses and a lot of dogs,” she said.

“And every day I walk up to the kennel and I watch the sun come up. 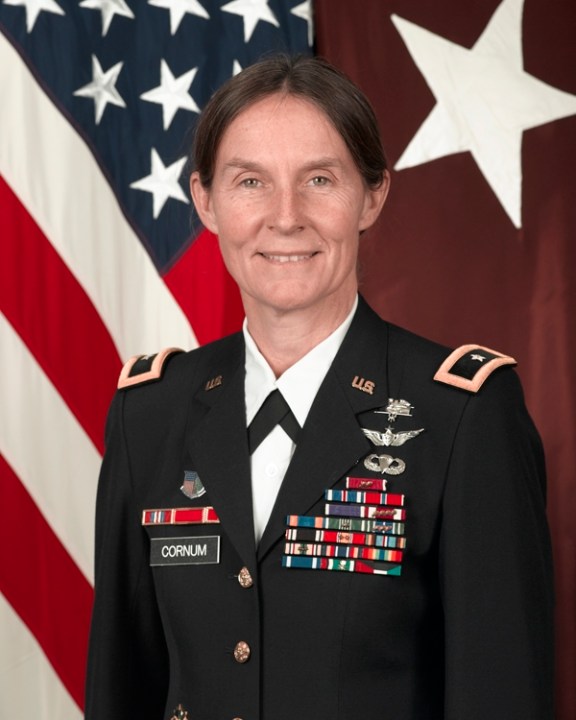 “I just say, you know, in my head, ‘thank you for another beautiful day on the farm,’. I wanted to do this for a long time and now I am finally able to do it.”

Brigadier General Dr Rhonda Cornum will share her story of resilience and the importance of physical fitness in the workplace at the Hilton Adelaide Grand Ballroom, from 7:30am to 9:30am, on Wednesday July 17.

This event is supported by ANZ, the SAHMRI Wellbeing and Resilience Centre and InDaily. Click here to purchase tickets and for information.