As InDaily exclusively revealed yesterday, the CFMEU believes workers on the site may have been exposed to raised asbestos particles from sweeping and collecting asbestos on the site, and that its officials and local primary school children may have also been exposed to the deadly fibres.

SafeWork SA confirmed to InDaily yesterday afternoon that it was inspecting the site to assess compliance with work health and safety legislation, safe systems of work and the methodology of the demolition of the building.

According to a spokesperson for the agency, “initial enquiries suggest that the area being worked yesterday had been tested for asbestos content which proved negative”.

However, an asbestos identification report on a sample that the CFMEU says was taken from the Shed 26 site yesterday identified both white and brown asbestos in the sample.

The asbestos identification report – sent to InDaily by the CFMEU, dated yesterday (May 7) and signed by risk management firm Greencap lab analyst Michael Till – says a piece of grey cement sheet tested positive for asbestos.

The CFMEU also provided InDaily with a receipt for the report and forwarded an email trail containing the report, in which the union’s assistant national secretary Andrew Sutherland authorises Till to verify the report’s findings with us.

But a representative for Greencap said Till was unable to provide any information on the report, citing the Privacy Act.

Fellowes’ site inspection audit report claims the site was incompetently set up and does not “come close to complying with work health and safety legislation”, exposing workers and members of the public to unnecessary levels of risk.

“There were workers observed in scissor lifts removing glass from roof sections in areas surrounded heavily by suspected asbestos-containing material with no masks/respirators, overalls, gloves or glasses on at the time,” the report reads.

“They were also observed sweeping the floors where we found there to be suspected asbestos containing material on the ground.

“They had no disposable overalls or appropriate personal protection equipment for working around asbestos containing material.”

Concerns raised in the audit include:

The audit acknowledges, however, that there is enough “space” for workers to carry out work without risks to health and safety.

It also contains a photograph of a sign warning of asbestos cement roofing.

The SafeWork SA spokesperson told InDaily this morning that its inspectors “will be meeting with the relevant business operators onsite today ahead of any work continuing”.

“The focus of the inspection will be on the methodology of demolition, safe systems of work, and compliance with the WHS legislation”

A public relations spokesperson for the contractor managing the site, Old Red Brick Co, and the developer, Cedar Woods, told InDaily in a statement today that SafeWork SA is the independent authority on workplace health and safety and only its assessment of the site “can be relied upon”.

“The contractor is liaising with them to ensure their oversight and approval of the safety measures in place onsite at Shed 26,” the spokesperson said.

“Last week, Safework SA was invited to attend the site and inspect the works, prior to any removal of asbestos.

“The Old Red Brick Co were appointed by Cedar Woods based on their experience as a licensed asbestos removalist, detailed approach to the Shed 26 works, and having undertaken other significant projects for both Cedar Woods and the State government.”

As InDaily revealed yesterday, footage the CFMEU says was taken at the site yesterday shows workers sweeping the floor of Shed 26, while photographs supplied by the union show pieces of suspected asbestos littering it.

Those photographs feature in the audit report, as do several more showing more examples of suspected asbestos on the site. 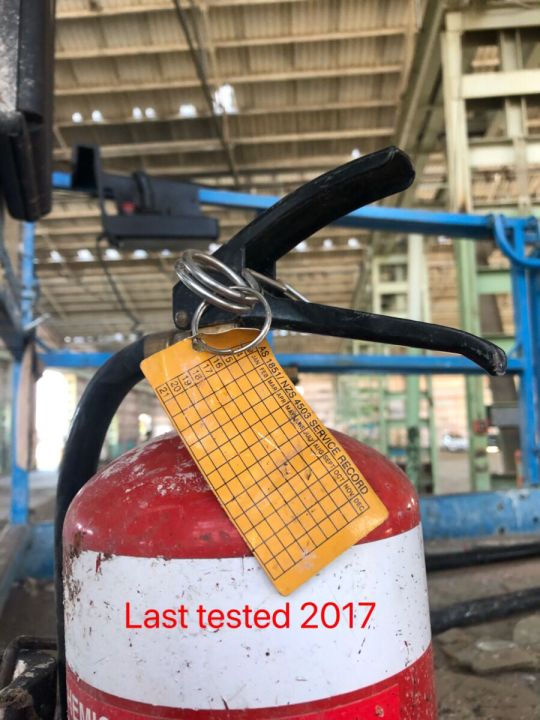 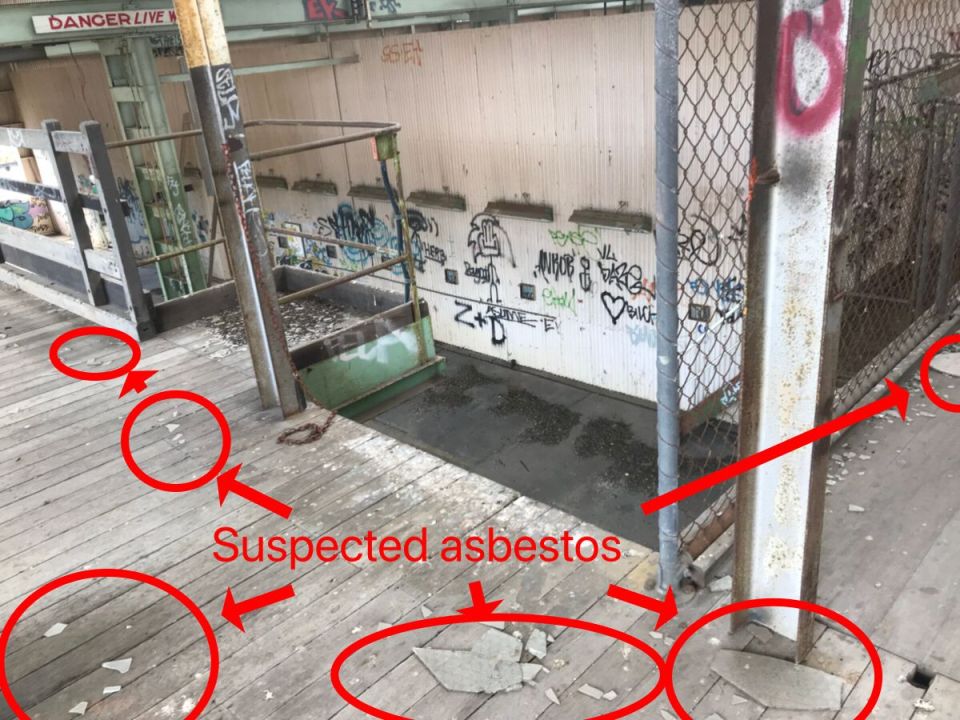 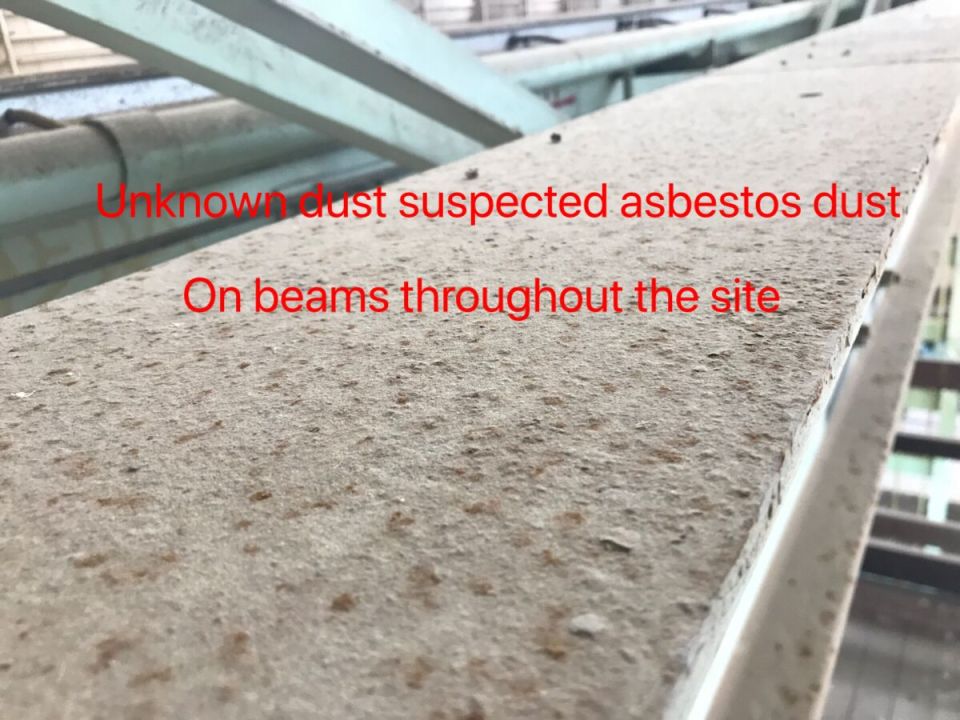 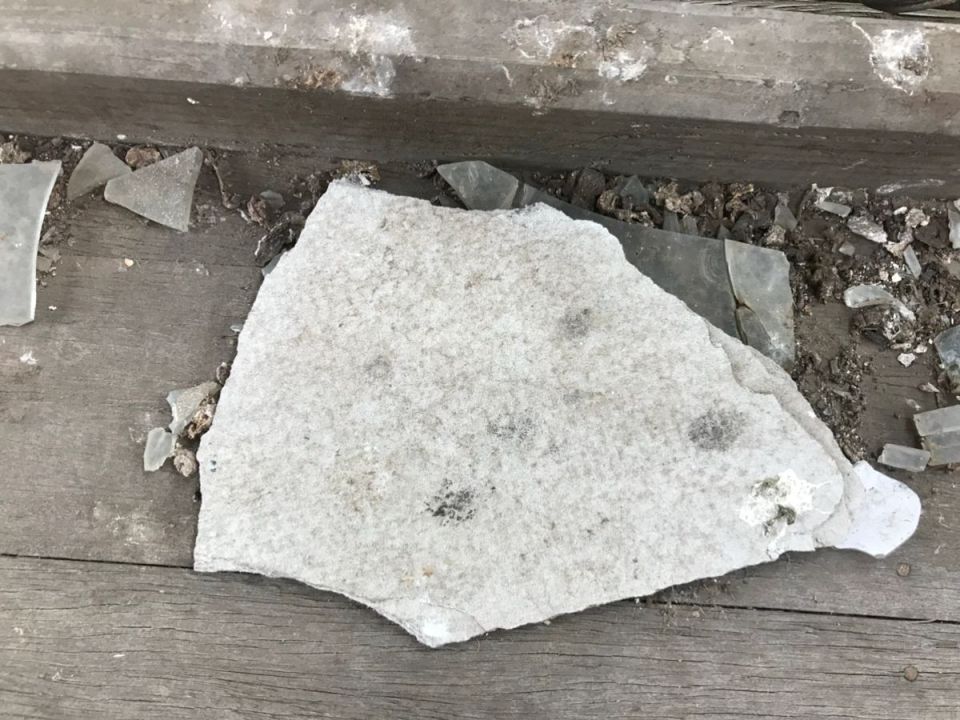 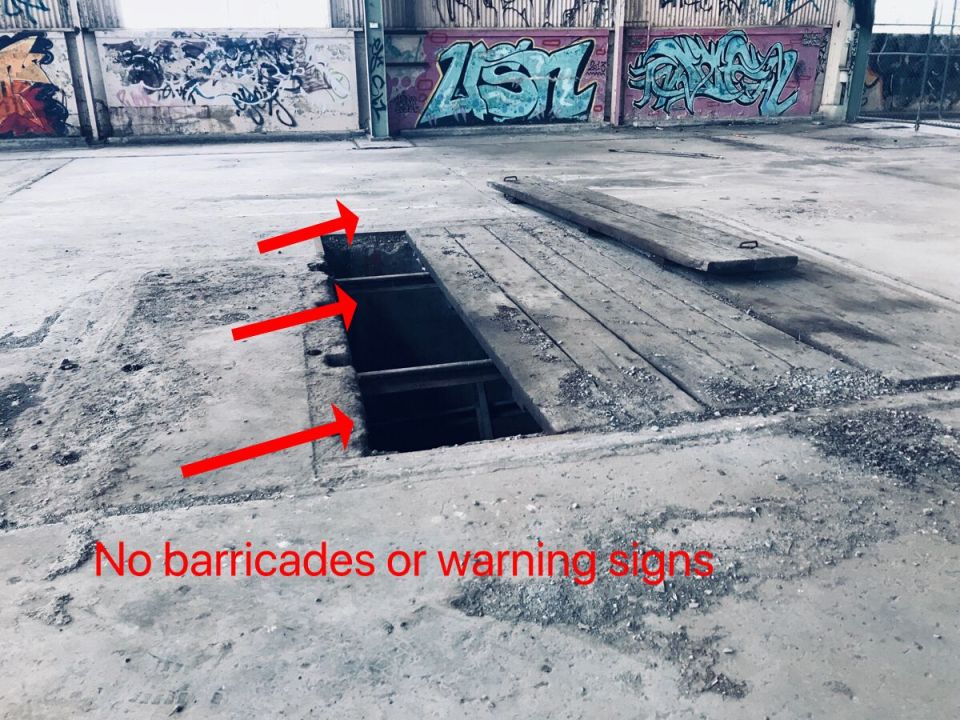 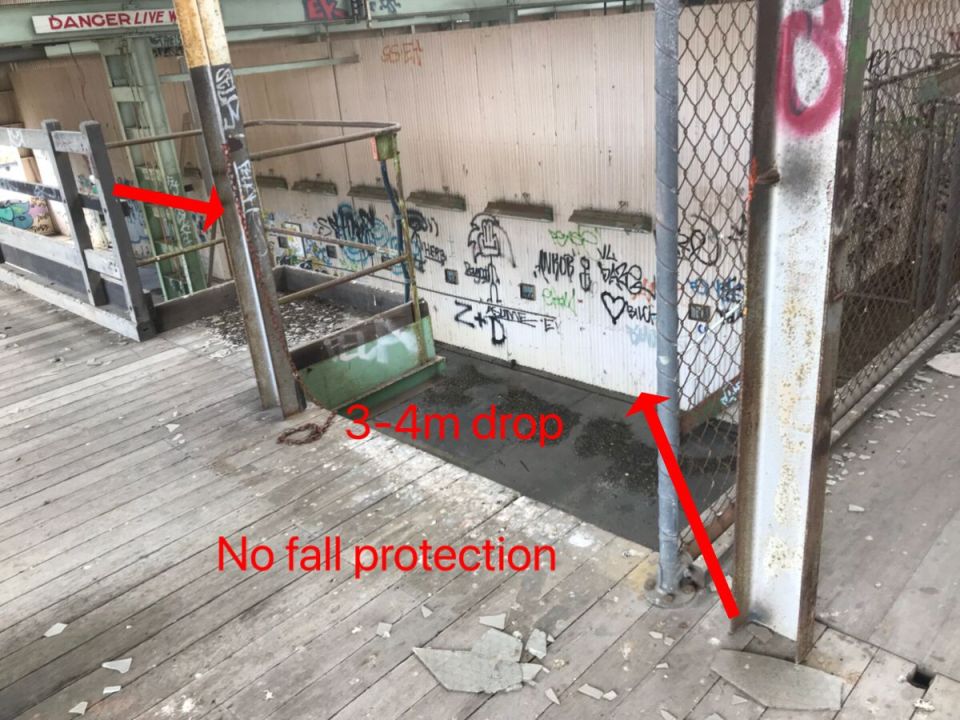 The Old Red Brick Co and Cedar Woods spokesperson told InDaily yesterday that: “All works are being carried out according to regulations under the control of an Asbestos Removal Control Plan which governs all safety procedures and precautions for the site.” 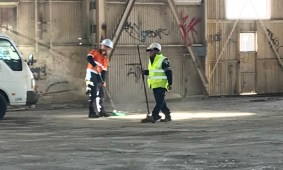 “All the asbestos removal is being undertaken with air-monitoring set up and monitored by an independent hygienist,” the spokesperson added.

The SafeWork SA spokesperson said “inspectors attended the site yesterday however work had ceased and there was no activity on site – access to the site was secured”.

You can read the full CFMEU report here.

The union has taken part in protests against the demolition of Shed 26, which heritage and community advocates argue constitutes the destruction of irreplaceable docklands history.

But he said the stop-work was “not about that … it’s about saving people’s lives”.