CFMEU national assistant secretary Andrew Sutherland told InDaily union officials this morning found broken up suspected asbestos, some of which had been swept up and some placed in a bucket inside historic Shed 26 on the Port Adelaide dock.

He said the worker or workers who swept it up have likely been exposed to asbestos, the fibres of which can cause lung cancer, mesothelioma and asbestosis if inhaled.

Sutherland said it was also possible that his officials and others in the area – including children in nearby Le Fevre Peninsula Primary School – had been exposed to asbestos.

CFMEU footage obtained by InDaily appears to show workers sweeping the floor of the building.

“What we’ve already found is broken pieces of suspected asbestos on the floor, in piles that have been swept up,” Sutherland told InDaily.

“It’s been disturbed not once but twice.

“(Workers have been) potentially exposed to asbestos … it potentially just shortened their life by 30 years.”

Sutherland said the video was shot during the union’s inspection of the site this morning.

UPDATE: SafeWork SA this afternoon confirmed it is attending the site today, is aware of the CFMEU’s issues and will be assessing work safety and legal compliance at Shed 26.

In a statement, a spokesperson said:

“SafeWork SA is aware of the issues raised by the CFMEU and have inspectors attending the site today.

Methodology of demolition, safe systems of work and compliance with the WHS legislation will be the focus”.

The contractor on the site is Old Red Brick Co.

A letter, supplied by the union, signed by Old Red Brick Co director Charles Jeffries and addressed to Le Fevre Peninsula Primary School says the type of asbestos on the site is “relatively safe” but that workers will take precautions including the use of respirators and coveralls.

The video, supplied by the CFMEU, shows workers not wearing respirators or coveralls.

“The type of asbestos to be removed is referred to as bonded or non-friable … this type of asbestos does not readily become airborne and is relatively safe,” Jeffries’ letter to the school reads.

“However given the risks associated with this material, we still take all the necessary precautions during its removal including the use of respirators, coveralls and air-monitoring to detect high reading levels.

“… Please note, nothing is required from you during the removal process.”

Suspected asbestos at the site of Shed 26. Photo: CFMEU 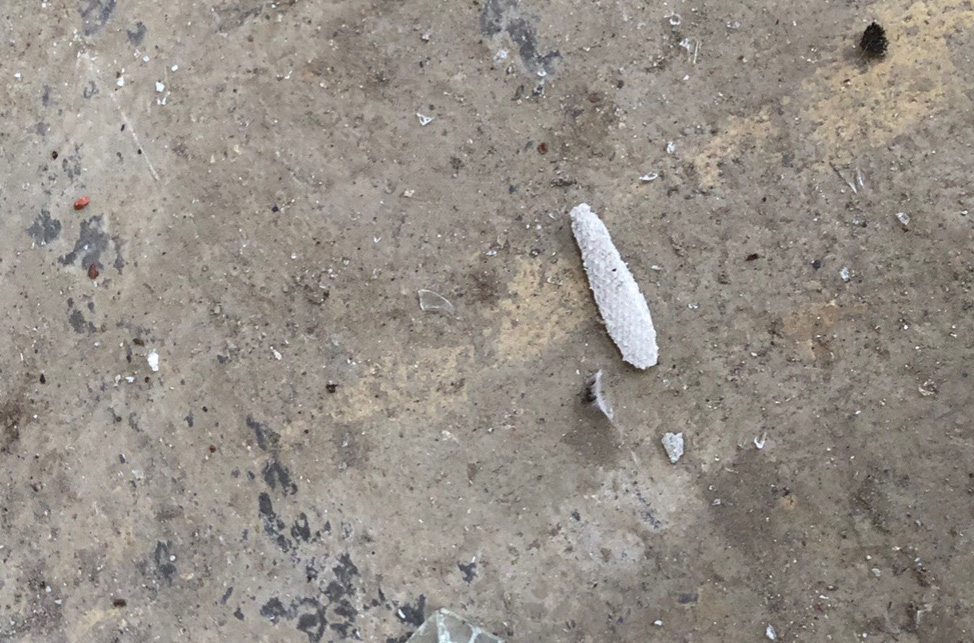 The letter says works on the site are expected to run between 1 May and 24 May this year.

“Relevant approvals have been obtained and the works will be undertaken in accordance with all current staturory requirements and under our SafeWork SA Asbestos Removal Licence No 690141,” it reads.

Developer Cedar Woods said in a statement this morning that Old Red Brick Co is a licensed asbestos removalist with more than 20 years experience in the safe removal of asbestos, and that all works are being carried out according to the law.

“All works are being carried out according to regulations under the control of an Asbestos Removal Control Plan which governs all safety procedures and precautions for the site,” a spokesperson for the company said.

“All the asbestos removal is being undertaken with air-monitoring set up and monitored by an independent hygienist.

“Last week, Cedar Woods also invited SafeWork SA to attend the site and inspect the works, and a scheduled visit had been pre-arranged for tomorrow (May 8).”

The letter says consultancy Dems Environmental was conducting air monitoring on the site.

A representative for the firm declined to comment when contacted by InDaily.

The CFMEU is part of a community protest against demolition of the building.

Sutherland said that the suspected asbestos discovery could delay the demolition by weeks.

But he said the stop-work was “not about that … it’s about saving people’s lives”.

He said the suspected fibres of the suspected asbestos “could’ve been blown in any direction … potentially the local kids across the road have been exposed to asbestos.”

He said work had stopped on the site and SafeWork SA was expected to attend today.

“We aren’t going to stand by and let workers be exposed to asbestos,” said Sutherland.

There’s no signage to say there’s asbestos there

“The workplace is unsafe … there is no way they should be in there doing any kind of work.

“There are people being exposed … this is about saving people’s lives.”

Sutherland said the site clearly breached work safety legislation requiring signage to warn of the asbestos and requiring that all asbestos be logged and registered.

“There’s no signage to say there’s asbestos there,” he said.

In its statement, Cedar Woods also said CFMEU representatives had entered the Shed 26 site “without notice or authority”.

“The demolition contractors escorted the union officials around Shed 26 to allow them to view the works being undertaken,” the developer’s spokesperson said.

“Work on the demolition ceased while the union officials were on site. It was then decided that because of the disruption and imminent rain that work would cease for the day.”

InDaily contacted SafeWork SA for comment but has yet to receive a response. We also contacted Old Red Brick Co.

The planned demolition of Shed 26 has been controversial, with heritage advocates and a Port Adelaide community campaign arguing its destruction would erase irreplaceable local history.

Cedar Woods has said there is no “viable” way to keep the shed.