The targeted survey, conducted by the Australia Institute, asked people if they would support or oppose a renewable energy target of 100 per cent by 2030, given the state energy minister has said South Australia is on target to reach the previous government’s renewable target of 75 per cent by 2025.

Noah Schultz-Byard, the Australia Institute’s SA projects manager, said while renewable energy is popular in South Australia, he was surprised by the degree of support for the policy idea.

“To have more than two thirds support 100 per cent by 2030 seemed like a very significant result,” he said.

The survey of 624 South Australians conducted between February and March this year showed Greens and Centre Alliance voters were the most likely to support the policy idea, with Labor voters following closely behind. 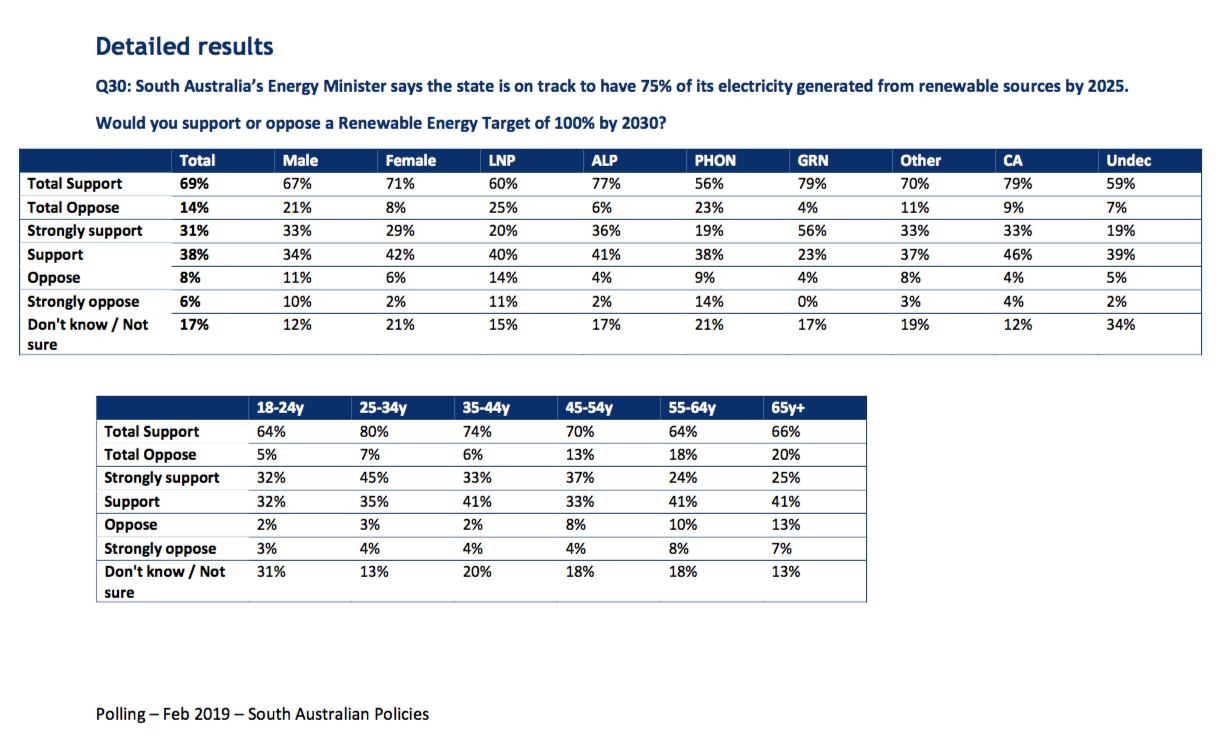 More people didn’t know than would oppose the target.

Although One Nation voters were the most likely to oppose the renewable target, 56 per cent still supported the idea.

“I think this has become an issue that cuts across party lines,” said Schultz-Byard.

“That’s why it’s no surprise to see that a majority of voters from all parties – major parties of Labor and the Liberals, but also the minor parties of the Greens and One Nation – a majority of all voters backed renewable energy in South Australia. It’s not surprising to see governments of all persuasions reflecting that.” 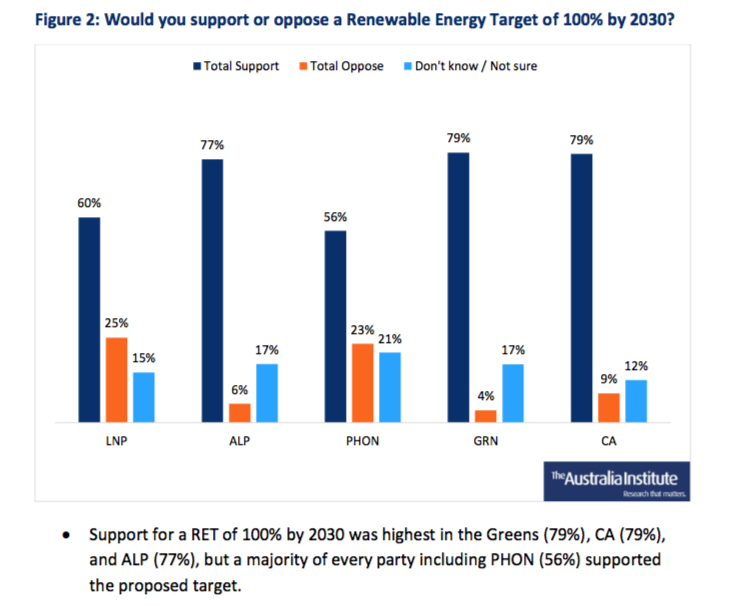 The survey was conducted by research company Dynata, with representative samples by gender and age.