Brenton Tarrant, originally from the northern NSW town of Grafton, was one of four people arrested over the shooting attacks at two mosques in the South Island city which killed at least 49 people.

Prime Minister Scott Morrison met with agency chiefs on Friday after what he described as the “vicious and callous, right-wing extremist attack” which has claimed multiple lives.

“I can confirm that the individual who was taken into custody, I have been advised, is an Australian-born citizen,” he told reporters in Sydney.

“Obviously that element of the investigation Australian authorities are involved in and they will be proceeding with their investigation.”

Morrison said he was being kept abreast of developments in New Zealand, as federal and state police along with the Australian Security Intelligence Organisation investigated.

“I want to assure all Australians that the immediate responses that are required to ensure the security and safety of Australians have already been actioned,” he said.

Australia’s terrorism alert level has not been lifted.

Morrison said he had heard nothing to suggest any Australians were affected by the shooting.

“There is so much we still do not know about this senseless evil act of murder but it is chilling in its callous preparation, it is horrifying in the scale of death and injury,” he said.

He also urged people not to watch or share the footage taken by the alleged shooter.

“Evil is never normal, evil is never part of daily life. We must do everything we can to unite and prevent this happening again.”

New Zealanders have been urged to rally around the Muslim and immigrant community after the fatal shooting of at least 49 people. 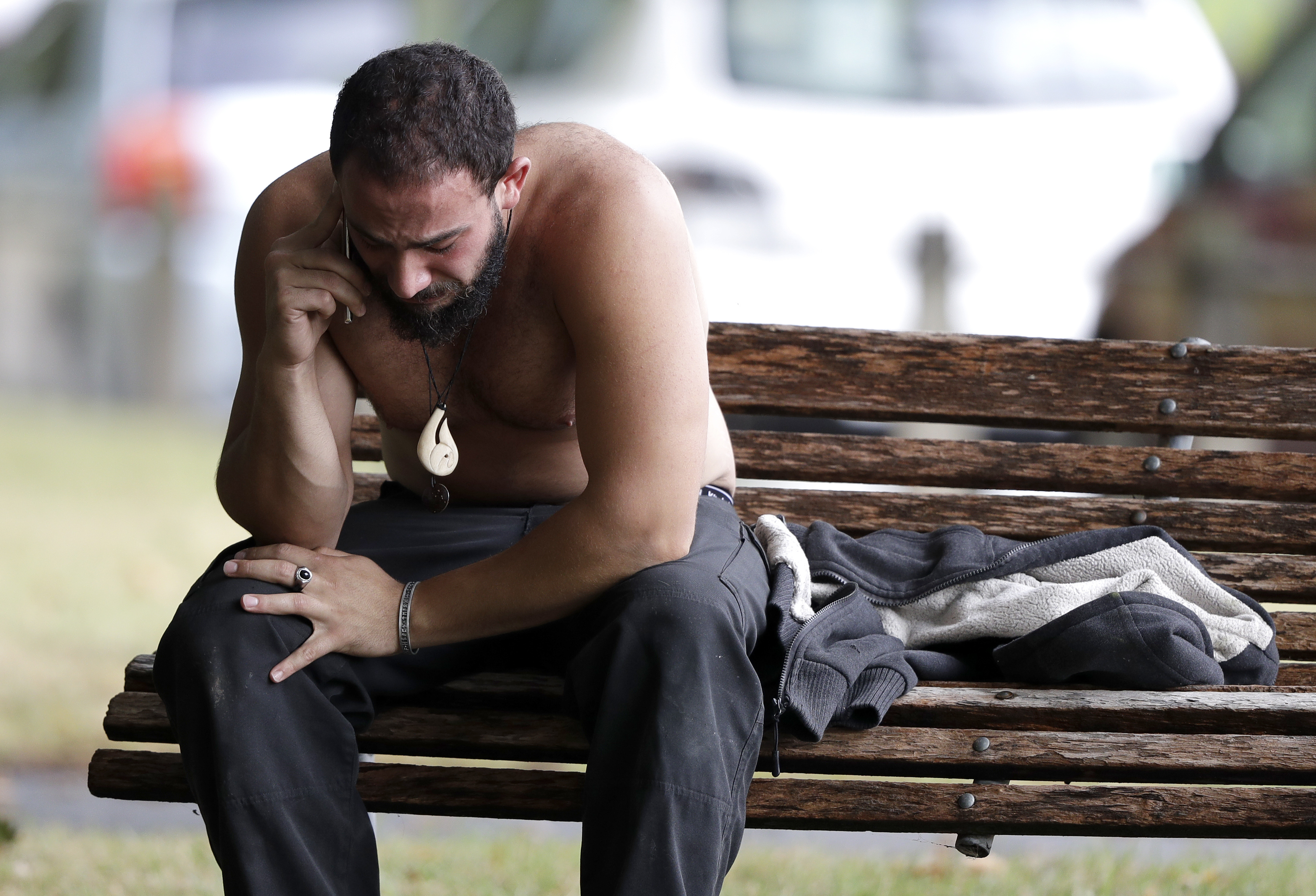 A man reacts after the shootings. Photo: Mark Baker / AAP

With police calling all mosques around the country to close their doors as a security precaution, Prime Minister Jacinda Ardern said time would be needed for healing.

“In time, my hope would be that the outpouring of compassion and support I know New Zealanders will want to show: show it to them,” Ardern said. 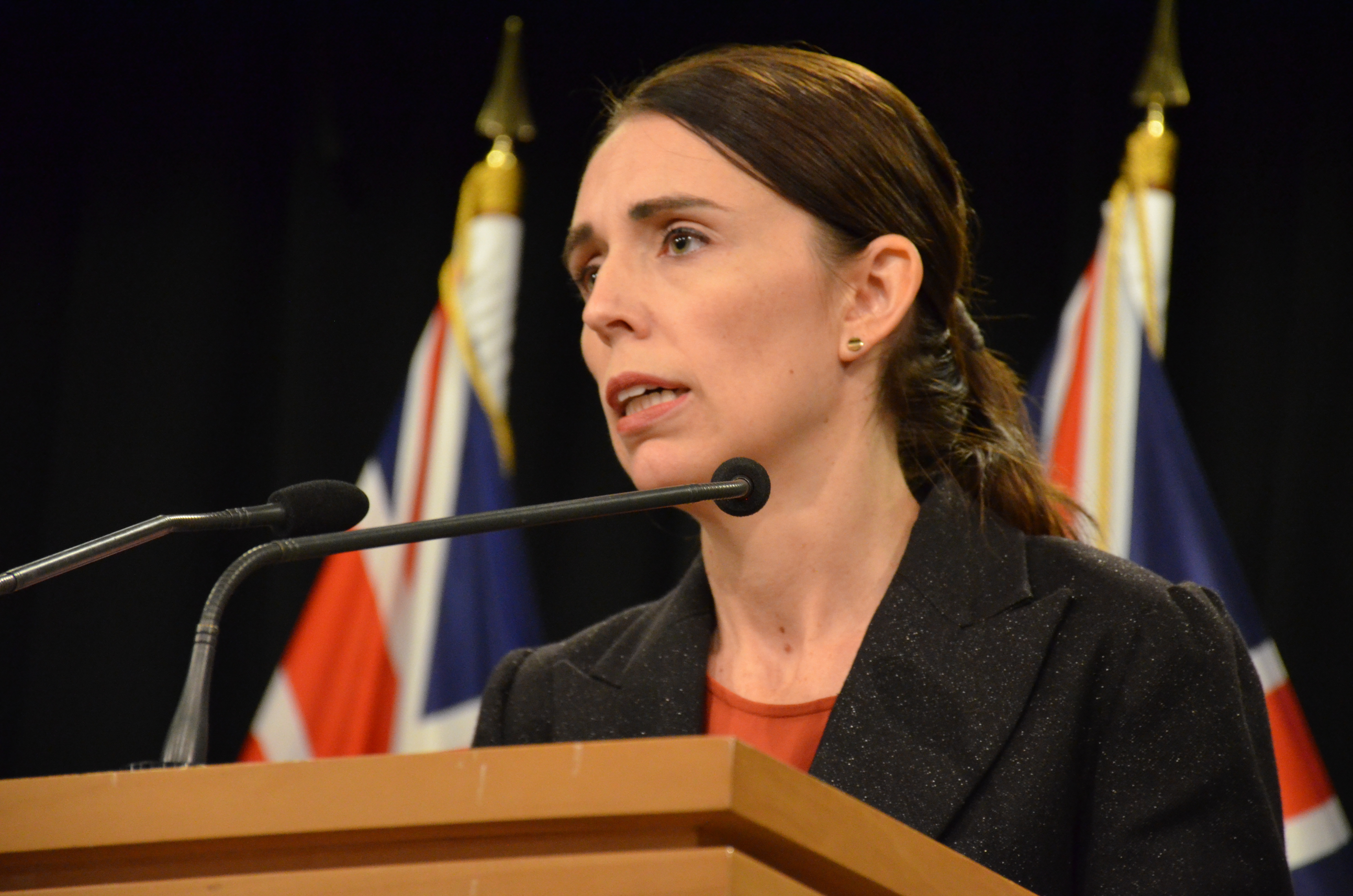 “Show it to the members of the community who sought to worship safely and we the victims of this attack today.”

Mayors, activists and refugees groups around the country were also quick to respond to the terrorist attack, with expressions of solidarity and calls for unity and meetings.

“This shocking action is not representative of New Zealand attitudes towards our fellow country people and people around the world who follow Islam,” Refugees As Survivors chief Ann Hood said.

“We stand beside Christchurch and Muslim New Zealanders in peace, solidarity and humanity,” he said.

“New Zealand is one of the most ethnically diverse countries in the world and we welcome those of many religions and backgrounds. We need to remember the power of diversity.”

Other religious groups have shown solidarity too.

“Dear Members of the Muslim community in Aotearoa New Zealand, we hold you in prayer as we hear the terrible news,” the New Zealand Catholic Bishops Conference messaged.

The New Zealand Jewish Council said it was sickened.

“We offer full assistance and support to the Muslim community and stand united with it against the scourge of terrorism and racism,” it said.