Edwards, who has been a vocal supporter of maintaining a centralised public pathology service, will resign to take up a role leading Eastern Health in Melbourne.

I’m genuinely surprised that the most senior executive of the service (would resign at this time).

When he released the State Budget last year, Treasurer Rob Lucas warned SA Pathology would be privatised if its efficiency does not improve.

“We’re in the middle of a very large change process for SA Pathology … with the imminent release of the PWC report, which will advise use as to their view on what will happen next,” said Mulholland today.

“It takes my breath away.

“We require strong leadership at this time that doesn’t waver.”

She said the report is due to be released this week, adding that “I’m genuinely surprised that the most senior executive of the service (would resign at this time)”.

An email bulletin sent to clinical support services staff early this afternoon says Edwards will stay on until the end of this month.

“Glenn has made the decision to leave, having been offered a position that he sees as a new and exciting opportunity,” writes group executive director Statewide Clinical Support Services Julie Hartley-Jones in the email.

“I know he has thought long and hard about this decision, with the potential impact of his departure at an important time for the organisation weighing heavily on his considerations.”

Staff representative organisation Professionals Australia called on the Government to rule out privatisation ahead of the release of the PWC report.

“We understand the PWC draft report on SA Pathology has been handed to the Minister and we’re calling on him to release the recommendations to be fully transparent and give the sector an opportunity to respond,” said SA director of Professionals Australia Sarah Andrews.

“The new Executive Director must be given a real opportunity to make SA Pathology the best it can be, where previously the Government has set it up to fail.

“For that to happen, the Government needs to make a long-term commitment to keep SA Pathology and all its existing services in public hands and to rule out privatisation.”

She urged the Government to delay its budget savings targets for SA Pathology – to be delivered by 1 July – to “enable the new executive director to set a sustainable plan for the future in consultation with the workforce”.

“The sector thinks the Government has deliberately set SA Pathology up to fail so they can sell services off to the highest bidder.

“This is the Government’s chance to prove us wrong.

“South Australians know what happens to services that are privatised – we’ve seen it with electricity – prices go up and service quality goes down.”

She added: “If the Government proceeds with their $45 million cut to SA Pathology, this service will be put at risk and so will be the public.”

“The timely provision of pathology services has a direct impact on patient care. Delays to diagnosis lead to delays in treatment and South Australians stay sicker for longer.”

In a statement this morning, McGowan said he would have full confidence in SA Pathology’s ability to implement a reform program “from here on”.

According to McGowan, Edwards “took over SA Pathology at a difficult time for the organisation, and from here on I have full confidence in the experienced and skilled executive team at SA Pathology to manage this important reform program”. 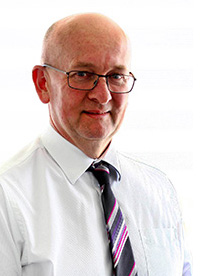 “This is an excellent opportunity for Glenn and I’d like to thank him for his contribution to SA Pathology since he commenced in 2016, and wish him well for the future.

“We are currently in the process of appointing an interim Executive Director, and will look to recruit a permanent replacement to deliver the reform work which began under Glenn’s stewardship.”

Glenn has also started an important conversation with staff about the value of public pathology, urging us to articulate this value to our stakeholders and customers.

Edwards was appointed in late 2016.

In her email, Hartley-Jones writes that he “steered the organisation through a period of significant change, amid complex challenges” since then.

“Most recently, of course, he has led his team through the savings initiatives for SA Pathology’s response to the 2018 State Budget.

“Glenn has also started an important conversation with staff about the value of public pathology, urging us to articulate this value to our stakeholders and customers.”

The email continues: “While we are sad to see him go, I am pleased that he is leaving us with a refreshed and talented team, with a clear sense of purpose, who I am confident can get the job done.”

“I am currently working through the process to appoint an interim Executive Director, and will recruit a permanent replacement to deliver the reform that Glenn has started.

“Please join with me in thanking Glenn for his invaluable contribution to SA Pathology, and wish him every success in his new endeavour.”