Authorities are dealing with a fresh wave of calls from residents asking for help to leave their homes.

The army has sourced every boat it can to get people out of the hard-hit suburb of Idalia, which had water at waist height overnight.

About 400 people were evacuated from the suburb during the night, with more being ferried to safety today with helicopters supporting the rescue effort.

“Anyone who is not on a second story has water moving through their house,” Major Beau Hodge has told reporters.

Major Hodge said his own home was “gone” and he had to evacuate his own family from Idalia on Sunday night. He couldn’t say how many people are still stuck there.

“I’m lucky my family are safe and well. We’ll be all right.”

A sixth evacuation centre has opened, after one of the existing sites said it was full and couldn’t take any more people. About 1000 people have taken refuge in those centres.

Authorities put 21 suburbs on alert for dangerous flash flooding on Sunday night as the flood gates on the city’s swollen Ross River Dam were opened to their maximum level.

That sent almost 2000 cubic metres of water per second over the dam’s spillway and down the Ross River which snakes through Townsville.

Crocodiles have been spotted near suburban homes and flood waters are teeming with snakes, creating a dangerous situation for rescuers. 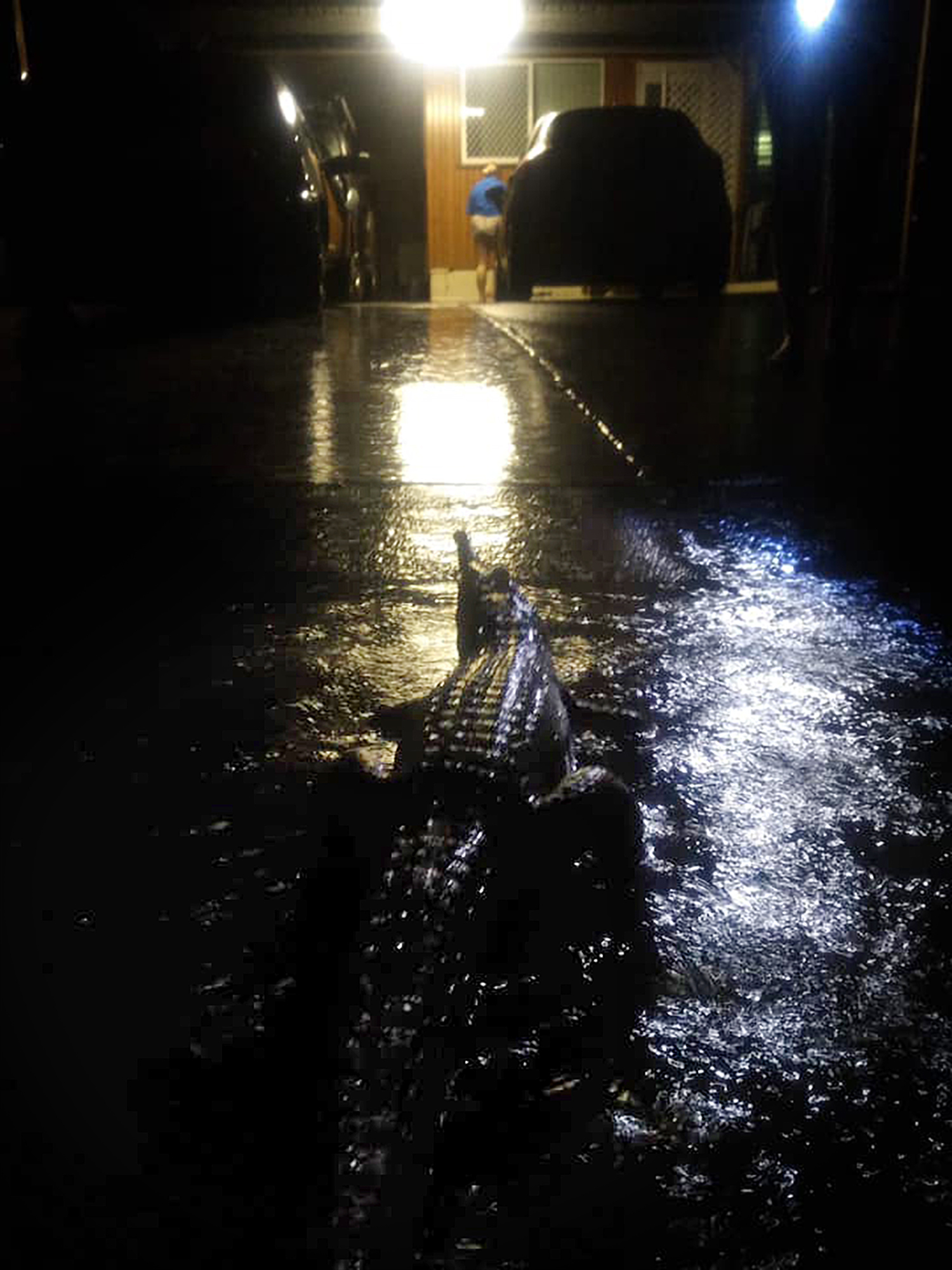 A crocodile in front of a Mundingburra residence during flooding in Townsville. Photo: AAP/Supplied by Erin Hahn

The Townsville City Council estimates up to 2000 properties may have been affected by floodwaters, but there’s no way to be sure just yet.

Townsville is braced for more rain on Monday with six-hourly falls of 150mm-200mm likely, and isolated falls of up to 300mm possible.

Water levels in the Ross River Dam are expected to peak at 11am on Monday and remain at that level until at least midnight.

“Townsville has never seen the likes of this,” she said.