Officials on Monday found hundreds of thousands of dead fish in the Menindee weir pool and neighbouring waterways, including bony herring, golden perch and carp.

Regional Water Minister Niall Blair is expected to visit the region today, having described the kill as an “environmental catastrophe”.

He warned conditions in the Darling River could deteriorate further given the significant number of fish seen gasping for air.

“I’m sitting in a spot here and there are hundreds of thousands within 100 or 200 metres,” he told AAP.

“You can smell the dead fish, it’ll get worse throughout the day. It’s just a waste. An absolute waste.”

The latest images from #Menindee locals this morning. Distressing and beyond belief. #DarlingRiver pic.twitter.com/XE7uIjsuNN

McCrabb says poor management is to blame given the Menindee lakes were drained in 2017 when water levels were high.

Broken Hill man Travis Casey posted a video on Monday from a boat driving past hundreds of dead fish.

“Words don’t really do it justice,” he states in the video.

“It’s not bubbles or foam or algae, it’s fish. Twenty-odd river kilometres of it.”

The NSW Department of Primary Industries says the deaths are the result of critically-low levels of dissolved oxygen – likely linked to the mixing of weir pool water following a drop in temperatures in recent days.

The conditions are similar to that when an estimated one million fish were killed in the river three weeks ago.

The crisis has emerged as South Australia’s royal commission into the management of the Murray-Darling Basin presents its final report to the State Government.

Commissioner Bret Walker SC has spent almost a year looking into the operation and effectiveness of the basin plan with his inquiry sparked by widespread reports of mismanagement and water theft upstream.

He has handed over his report to the governor today and has asked for it to be made public immediately, recently telling the government it includes “adverse assessments of many governmental decisions and processes”.

“The national implications of the report’s subject matter are also a reason for the report to be made available for consideration and criticism without delay,” Walker said.

The government says the report will be released as soon as possible but it is first expected to put it before cabinet, most likely later this week. 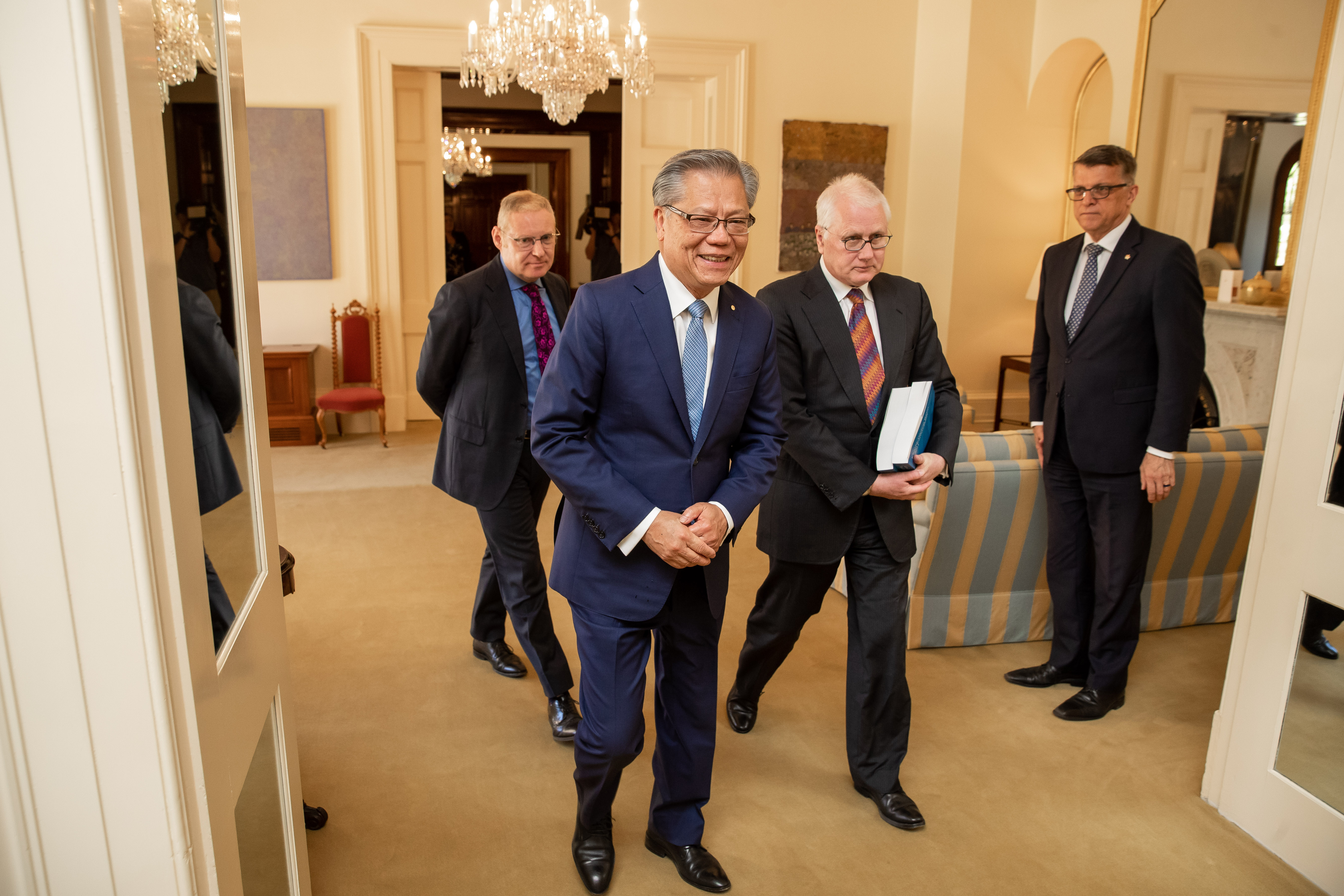 In his final submissions in October, counsel assisting the inquiry, Richard Beasley, said the Murray had been plagued by maladministration and the implementation of the basin plan continued to have a negative impact on the environment and the economies of the basin states.

“But the state that will suffer the most is the state at the end of the system – South Australia,” he said.

The commission was also told that the 450 gigalitres of extra environmental flows, secured largely through SA’s lobbying, was “highly unlikely to ever eventuate”.

Walker’s inquiry was set up by SA’s previous Labor government.

After the state election in March last year, the new Liberal administration allowed it to continue but refused the commissioner’s requests for an extension of time.