Opening a near year-long investigation of the industry in Adelaide today, one of two commissioners, Lynelle Briggs, says there is also concern the sector may not be fit for purpose.

“We need to ensure that all Australians have confidence the system will deliver for them and for their families,” she said.

“We will look at the expectations of Australians for quality and safe care, how and where care should be provided and the workforce implications.”

Fellow commissioner Richard Tracey said the royal commission was a once-in-a-lifetime opportunity to come together as a nation and create a better system of care for elderly Australians.

“The hallmark of a civilised society is how it treats its most vulnerable people and our elderly are often amongst our most physically, emotionally and financially vulnerable,” he said.

“Frail and elderly members of our community deserve to, and should, be looked after in the best possible way and we intend to do our best to see that happens.”

The royal commission, which will be based in Adelaide but hold hearings in other states, will examine the extent of sub-standard care and consider how services can be improved.

It was sparked in part by the revelations of abuse and poor treatment of dementia patients at Adelaide’s state government-run Oakden nursing home.

One of the Oakden whistleblowers, Stewart Johnston, said he expected the inquiry to reveal the ugly truths about what was happening in some aged care facilities.

“I’ve been privy to some horrendous stories, and that’s continued for the past two years,” Johnston said today.

“I know for a fact we haven’t heard the worst yet.”

Johnston’s mother Helen was a patient at Oakden, which was closed after its poor care and abuse were revealed. 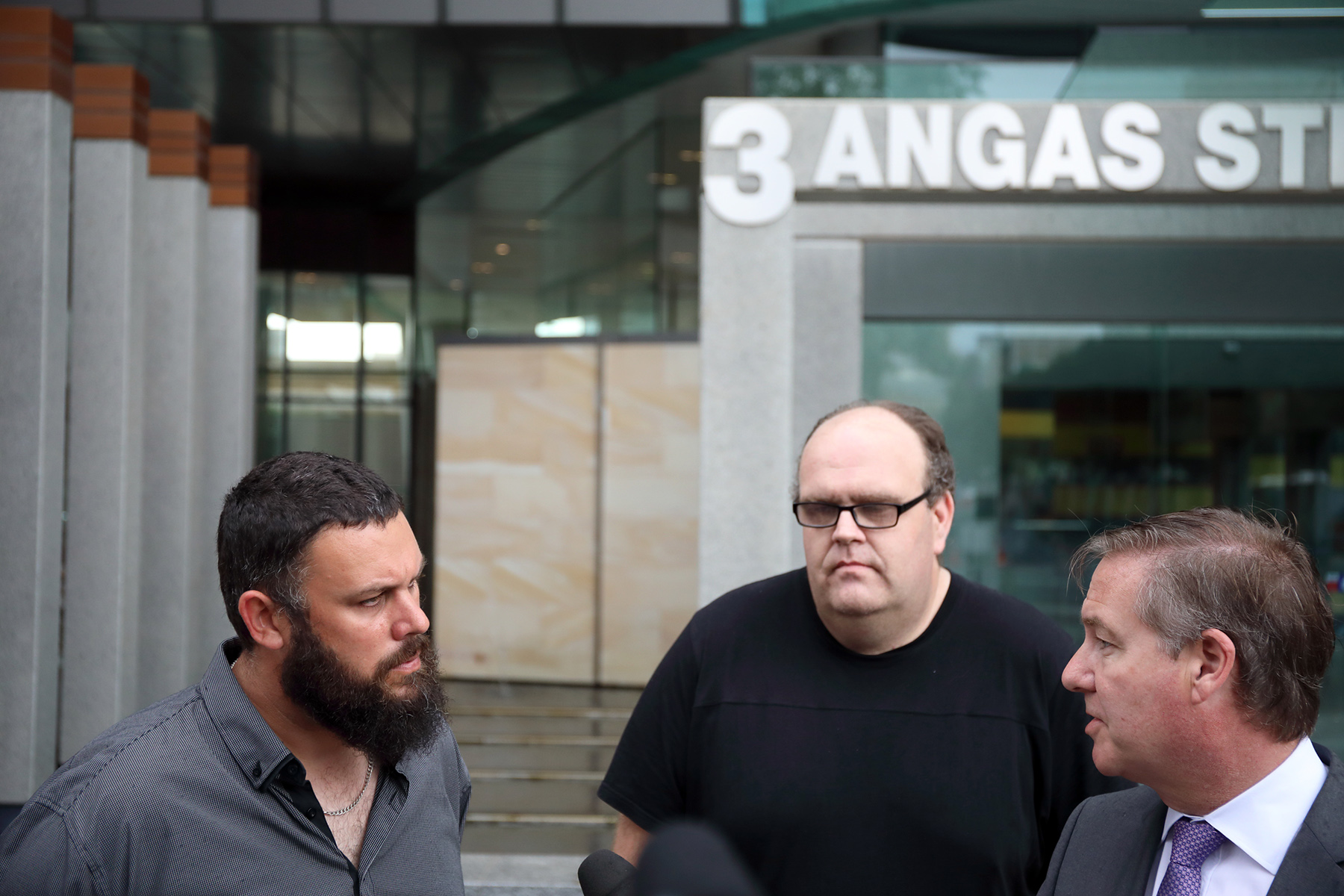 Clive Spriggs (left) and Stewart Johnston (centre) talking to the media outside the royal commission today. Both men had relatives who were mistreated at Oakden. Photo: Tony Lewis/InDaily

Investigations found failures in clinical governance as well as incidents of rough handling of patients, excessive use of restraints and a high level of injuries.

The aged-care industry said it does not fear the scrutiny of the royal commission.

“We have zero tolerance for abuse and neglect where it occurs, and we are committed to continuous improvement to address problems as they arise,” Aged and Community Services Australia chief executive Pat Sparrow said.

Federal Aged Care Minister Ken Wyatt said the royal commission was a crucial step in revealing the full extent of problems across the sector and understanding the challenges to delivering quality care.

“Ultimately, I want it to help build a national culture of respect for ageing and senior Australians,” Wyatt said.

The commission must deliver an interim finding to the Federal Government by the end of October this year and a final report by the end of April next year.