The Rann Labor Government ended the practice of appointing the state’s best-performing and highest-paid barristers to the post-nominal title QC (Queen’s Counsel) in 2008 – instead allowing the Supreme Court to independently appoint SCs (Senior Counsel).

As InDaily revealed last week, the South Australian Bar Association is seeking a return to the practice, arguing that the monarchical title has better recognition and that top barristers appointed Senior Counsel are disadvantaged when seeking work overseas.

But in a letter to Attorney-General Vickie Chapman, dated October 2, 2018, Chief Justice Chris Kourakis savages the proposal on behalf of his fellow judges, arguing it was potentially unconstitutional and would undermine the independence of the judiciary.

He writes that judges would not be “co-opted” if the Government accepted the proposal.

“It should not be assumed that if the SA Bar’s proposal were adopted that the Judges would facilitate it,” the letter reads.

“The SA Bar’s proposal assumes that if the Executive (the Government) were to adopt the proposal, the Judges of the Court would continue to make appointments of Senior Counsel and not require an undertaking from Senior Counsel not to seek an appointment as Queen’s Counsel.

The Judges of the Supreme Court cannot be co-opted by others into a scheme of their own making.

He argues that “the contemporary constitutional independence of the Courts from the Executive raise the question of whether the Crown prerogative to appoint Queen’s Counsel has been abrogated.”

“The independence of the judiciary is a cornerstone of liberal democratic government,” his letter reads.

“(The) conferral of a prerogative title on persons already appointed as Senior Counsel by this Court … signifies nothing but the conferral of Executive favour.

“… from a 21st century perspective the office of Queen’s of King’s Counsel is an anachronism.”

You can read the full letter at the bottom of this article.

When the Rann Government decided to stop appointing QCs, writes Kourakis, “the independence of both the legal profession and the judiciary was strengthened”.

“Restoration of the title will weaken it.”

The Bar Association’s proposal is contained within a motion passed in August “with 98 per cent in favour”, association president Mark Hoffmann told InDaily this morning.

The text of the motion says that there will be “no downside to the change, in that those wanting to remain as SCs can do so” and “the keeping of the current appointment system (for SCs) means that the independence and apolitical nature of that system will not be displaced”.

However, the motion explicitly proposes that SCs would to apply to the Attorney-General in order to become QCs.

Hoffmann told InDaily that: “Executive Government will have no role in the decision to appoint – contrary to what is asserted.” 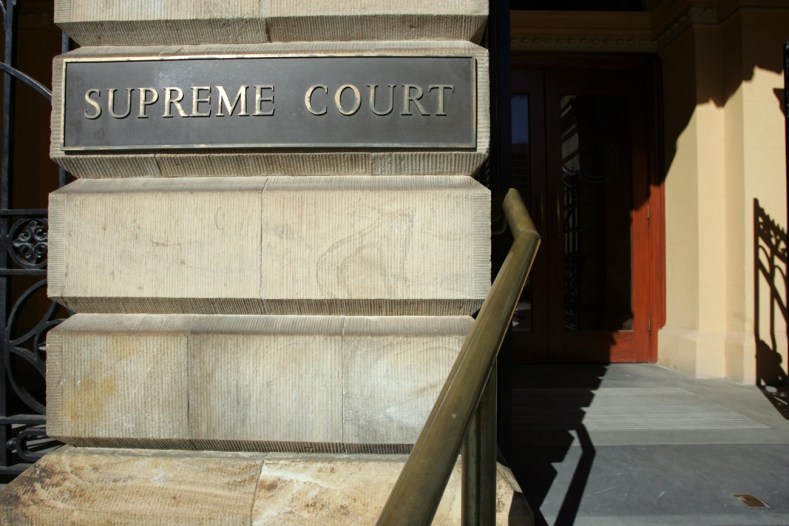 “There will be no change to the process for appointment of Senior Counsel – that will be dealt with by the Supreme Court.

“The model proposed by the SA bar that is before the Government for consideration mirrors and adopts that in place in Victoria.

“It has operated in Victoria with a Labor Government in place without any difficulty.”

The text of the motion, which was put to the SA Bar Association in August, says it already has support across the political spectrum.

“There is support from both sides of politics in respect of the reinstatement of Queen’s Counsel,” it reads.

“The present Government has indicated that it shall consider a motion such as the present one by the Association favourably.”

Hoffmann also pointed out that Kourakis remains the only QC in South Australia to relinquish the title of QC in favour of SC.

In his letter, Kourakis also claims that Vickie Chapman, has suggested she – and any future Attorney-General – be given the power to recommend lawyers for appointment as Queen’s Counsel, even if they are not already appointed Senior Counsel by the court.

…the title of QC is more often seen as quaint than superior.

“First, if the proposal is that the Attorney-General himself or herself will personally assess applicants for Queen’s Counsel, then serious questions will arise as to the credibility of the appointment,” the letter reads.

“I understand that for some time in New South Wales, when the Attorney-General reserved the right to make appointments beyond those recommended by the Supreme Court (in that state) some silks came to be referred to as ‘political silks’ to signify that the title was not truly deserved.

“Secondly, if the proposal is that the Judges will be consulted by the Attorney-General before making a recommendation to the Governor then, again, if should not be assumed that the Judges would participate in such a scheme.”

InDaily asked Chapman to confirm whether she had made the suggestion, but she did not respond.

Instead she said she would consider the proposal, and reiterated that she had more important priorities.

“As I stated last week, as Attorney-General, I am currently working through a long list of priorities for South Australians, such as domestic violence prevention, strengthening sentencing laws and ensuring South Australians have faith in our legal justice system, and these are my top priority,” she said in a statement this morning.

“In relation to the Chief Justice’s correspondence, there are divergent views on this matter, all of which I will consider in due course.

“This is a proposal which I have been asked to consider as Attorney-General from the Bar Association.

“My position on this matter remains unchanged, the Government is currently considering the proposal of the South Australia Bar Association based on its merits.”

InDaily understands Chapman has legal advice stating that Rann’s decision to stop appointing Queen’s Counsels – and the acceptance of the norm by subsequent South Australian Governments so far – did not abrogate the Government’s legal prerogative to resume doing so if it chooses.

Of the 73 Senior Counsel then in Queensland, 70 opted to be appointed as Queen’s Counsel.

The Bar Association motion notes that “in 2008, the Government of South Australia ceased the appointment of Queen’s Counsel … without any detailed or comprehensive consultation with, or approval by, the Bar”.

“At the time, South Australia was the last State to use the title Queen’s Counsel.

“As of today, there appears to be two Senior Counsel at the Queensland Bar resident in Queensland (out of 142 silk).”

In his letter, Kourakis also dismisses the Bar’s argument that the title SC is less-well-known that QC.

“Solicitors and counsel have had since 2008 to explain the significance of the title Senior Counsel.

“As to the perception that ‘SC’ is in some way perceived as a lesser appointment, that is not supported by the experience in New South Wales.

“As I understand it, admittedly on the same sort of anecdotal evidence on which the argument put (by the Bar Association) in the Notice of Motion relies, in New South Wales, the title of QC is more often seen as quaint than superior.”

The letter says there are often “quite strong differences” in the merit of barristers applying to be Senior Counsel and warns that re-establishing Queen’s Counsel would mire some appointments in political controversy.

“Decisions made on contested applications by the Attorney-General, the SA Bar and the Law society will not carry the same authority,” the letter reads.

“They will be both contestable and controversial.

“… It is difficult to understand why a government would wish to embroil itself in public controversy on matters which properly pertain to the administration of justice by the courts.”

“I am not aware of any evidence that Senior Counsel in New South Wales have more difficulty in obtaining briefs nationally or internationally than Queen’s Counsel in Victoria and Queensland.”

Lawyers push for return of the QC, citing competitive disadvantage

“The other arms of government sometimes, albeit rarely, act inconsistently with rule of law principles.

He expressed similar sentiments during the 2017 sitting, at which then-Attorney-General John Rau was controversially appointed SC. Kourakis absented himself from assessing Rau’s application, citing judicial independence.