InDaily can reveal that Owens has distributed an interim report to stakeholders – entitled “A Cautious Conclusion” – whose economic modelling suggests the valuation of SA Water’s asset base has likely been overstated by at least $421 million – and as much as $1.071 billion.

The inquiry scrutinised “key decisions” taken by the former Labor Government, which oversaw an increase in the utility’s statutory asset value of $3.4 billion between June 2008 and June 2017.

Owens’ “preliminary view” is that two key decisions, which together inflated SA Water’s regulated asset base by between $580m and $920m, were “unreasonable”, likely “not in compliance with the rules” and “breaching at least one of the sensible/fair/moderate criteria”.

“The Treasurer should seriously consider changing the previous treatment of the matter,” the report states.

“The Government would appear to have unfairly benefitted from these decisions over many years, and a reduction in [SA Water’s Regulated Asset Base] would remove this ongoing benefit.”

The report notes that the process by which SA Water’s value was set constituted “a case of conflicted interests, where the Government was making decisions which benefitted itself, and without any independent review”.

“Because the Government elected to put in place a regime whereby it could arbitrarily set the Regulated Asset Base (RAB) by a decision of the Treasurer through a Pricing Order (rather than lock it in by securing the approval of Parliament to set a RAB via legislation, as was done with the electricity assets), the Government left it open to changing the RAB whenever it decided to do so.”

Indeed, since 2013 it has “instituted the practice of setting a RAB for each ESCoSA price determination for SA Water via a new Pricing Order”.

Former ESCoSA chair and economist Richard Blandy, who made a submission to the review, told InDaily today the figures show that SA consumers have “paid 20 per cent too much for water for the last 10 years… from the end of the revaluation period”.

“What’s outrageous is they took away any independent evaluation and regulation, and decided amongst themselves,” he said.

“It’s like declaring your own house’s value and renting it out at that price.”

The report argues that compared to “independent inquiries and price reviews undertaken elsewhere across Australia… the process in SA was secretive and limited in its engagement”.

“It was not conducive to a good outcome for consumers of water services,” it declares.

The key decisions decried include a 2004 decision against removing contributed assets from before SA Water was corporatised, in 1995, from the valuation.

Owens said it was “Not Reasonable” that the valuation did not correct for CPI inflators, and “Unfair” that the government did not draw a “line in the sand” to write down the value of the legacy assets.

The report calculates the likely “unreasonable or not reasonable” over-valuation at $1.012 billion.

“The decision not to treat country assets as legacy contributed to decisions which set significantly higher targeted… (averaging around $70 to $80 million per annum of revenue), which flowed through into the revenue target eventually used to set the initial regulated asset base in 2013,” the report states.

That 2013 decision, by then-Treasurer Jay Weatherill, is covered in some detail, with correspondence between him and then-ESCOSA chair Paul Kerin examined.

“The letter indicated that the Government had believed that changes by ESCOSA in the calculation of the Weighted Average Cost of Capital (WACC) would have resulted in a higher WACC and higher returns to SA Water, but recent interest rate declines had produced the opposite result,” the report reveals.

“As this was not anticipated, it may require a different approach to the Pricing Order… [Weatherill] expressed a firm view that the Pricing Order should aim to provide customers with price outcomes of similar magnitude to those contemplated in the Draft Determination.

“Another issue flagged in the correspondence was the view of the Government that the demand forecast should be assumed to be 190 GL/a, which was higher than ESCOSA and SA Water had forecast.”

Weatherill eventually set the Regulated Asset Base at $7.77 billion – $421 million above the $7.349 billion estimated by his department of Treasury and Finance, the report states.

“The Inquiry believes this decision was not able to be taken under the National Water Initiative Pricing Principles, as it represented a switch from the previous arrangements… to an economic valuation based on targeted revenue (or price),” Owens argues.

“Even if this view is disputed, the decision clearly fails the reasonableness test of sensible, fair and moderate.”

He said the benefit of falling capital costs “should have gone to consumers who had incurred price increases for each of the previous 4 years of over 20 per cent per annum”, and it “wasn’t moderate as it claimed all of the benefit for the Government and locked this benefit in for every year going forward”.

“The Inquiry is of the view that this decision was unreasonable.”

Kerin eventually quit in protest after the 2014 election, with his resignation letter – later published by The Advertiser after an FoI battle – lamenting: “As the Labor Party has been returned to government and a badly-needed shake-up in the make-up and culture of the senior bureaucracy will not occur, I have concluded that I am simply not prepared to waste the next four years of my life.”

“I have voted Labor most of my life and I chose to join the Commission under a Labor government,” he wrote at the time.

“However, having seen that government from the inside, I have no appetite to deal with it for another four years.”

A memorial service was held to honour his life yesterday at Adelaide Oval. 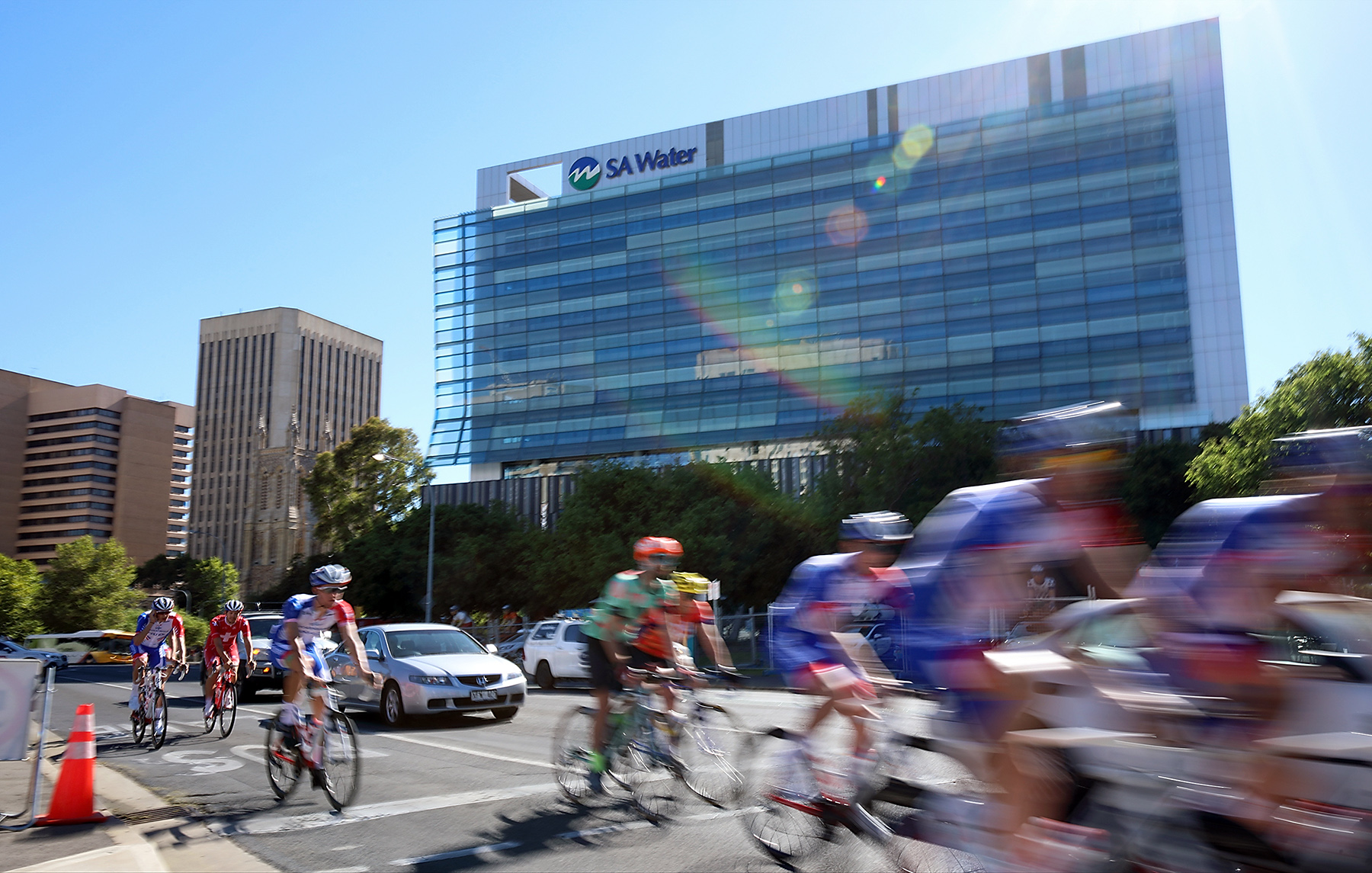 Owens’ interim report states that “the construct of Pricing Orders… provides the Treasurer with the power to arbitrarily change the RAB value, and the exercise of that power appears to the Inquiry to be legal”

However, he adds, “in a privatized industry, such freedom would be seen as Sovereign risk and asset values marked down accordingly”.

“In the case of government owned assets, it raises a whole host of other conflicting interests when the Government (even with different Ministers) is both the owner and decision maker,” the report states.

Owens does find that the costs of the desalination plant were a “reasonable” addition to the asset value, although he is critical of the 2008 decision to double its capacity: “a rushed decision and not part of a planned long-term response”.

“We agree that the decision may have been rushed and the Public Works Committee process is not a rigorous examination of expenditure plans; nevertheless, in 2008, decisions needed to be responsive to the rapidly deteriorating situation and this decision could be seen as taking an opportunity for a low cost expansion which (if the drought had continued) would have been needed a few years later at much greater cost,” he concludes.

Business SA made its own submission to the inquiry, arguing the utility’s over-valuation was “closer to $1.5 billion, with an additional $500 million overvaluation of sewerage assets”.

Business SA’s executive director of Industry and Government Engagement, Anthony Penney, said the total over-valuation “represents 12 per cent of SA Water’s revenues and, when addressed, should result in an approximate 12 per cent reduction to the average customer’s total bill”.

“If the asset base of SA Water was correctly set and the 13 per cent revenue reduction applied to water prices only, per KL prices would reduce by 40 cents, lowering prices for consumers and businesses,” he said.

“South Australian businesses rely on potable water as key inputs and essential for production, particularly in the food and beverage manufacturing and agri-business sectors, and they have been significantly impacted by the tripling of SA Water’s potable water price in less than a decade.”

But Shadow Treasurer Stephen Mullighan – who was Weatherill’s deputy chief of staff at the time of the 2013 Price Determination – said “part of this water pricing inquiry has been to basically demonise Jay and those involved in the process”.

He said the determination was based on advice from Treasury “and the reason was to preserve the government’s capacity to offer ‘postage stamp pricing’ where everyone paid a water bill based on the same methodology”.

“Both the 2013 and 2016 price paths saw reductions in the real prices of water bills,” he said, adding that the September Liberal budget “artificially inflated the dividends from SA Water to prop up their pretty skinny budget surpluses”.

“They’ve taken more money out of SA Water in the state budget than we did previously,” he said.

Analysis: The SA Government has set the high price we pay for water

The Liberals have long claimed Labor has used SA Water as a “cash cow” to inflate its budget bottom line.

Owens’ report stipulates that it is interim and that he will seek feedback on his “cautious conclusions” before submitting a final report to Government mid-year.

The interim report – one of three Owens has published since his inquiry began – has been distributed among key stakeholders, but it does not appear to have gone to the Marshall Government, which told InDaily it had not received a report from the pricing review.