The ICAC, and Commissioner Bruce Lander himself, were dealt a blow last week when magistrate David McLeod ruled evidence seized via an “invalid” ICAC-issued search warrant was inadmissible in the prosecution case against former Transport Department officer Michael William King, who is facing charges of failing to act honestly as a public servant.

In his ruling, McLeod declared there had been “a jurisdictional error in the exercise of powers”, noting the warrants “exceeded the power of the Commissioner to issue warrants against private property [and] lacked specificity as to the nature of the offence or offences being investigated and the things that were sought to be seized”.

“It is the actions of the Commissioner himself that bear the closest scrutiny,” McLeod noted.

“This is not a case where there was a valid power but some error was made – here the Commissioner did not have a valid power.”

Lander addressed the matter in his appearance before parliament’s Crime and Public Integrity Policy Committee on Tuesday, and again on ABC radio yesterday, declaring he did not agree with it, and that he hoped the Director of Public Prosecutions would appeal the ruling.

The DPP’s office confirmed to InDaily today that a notice of appeal was filed on Wednesday. DPP Adam Kimber would not comment further.

Lander told the committee that he took advice from two QCs – Mark Livesey and now Solicitor-General Chris Bleby – before issuing the warrants, and the consequence of the ruling – if upheld – would be “that all warrants issued by me and by the Supreme Court are invalid, which would be an extraordinary result”.

Labor committee member Tom Koutsantonis noted on Tuesday that he “assumed” that “if the ICAC Commissioner has a ruling upheld by the Supreme Court that your office acted unlawfully, and then that has a cascading effect on all of your warrants going down, your 12 convictions of corruption, and the other [maladministration] cases that you found, all come into question”.

InDaily has confirmed that Koutsantonis subsequently moved a motion in closed committee – which was seconded – that the committee should “refer the Commissioner to the reviewer over the McLeod ruling”.

It’s understood the motion will not be voted on pending the outcome of the DPP’s appeal, and if the appeal is successful Koutsantonis confirmed he would withdraw it.

The case is listed to continue in the Magistrates Court on Monday morning.

“My concern here is not Mr Lander personally – it’s the conduct of the office… if this ruling stands there are serious questions about ICAC exceeding its powers.

“We’ll have to wait pending an appeal to see if any further action is taken [but] in the meantime this ruling stands, and Magistrate McLeod has serious concerns about the way ICAC investigations are conducted.” 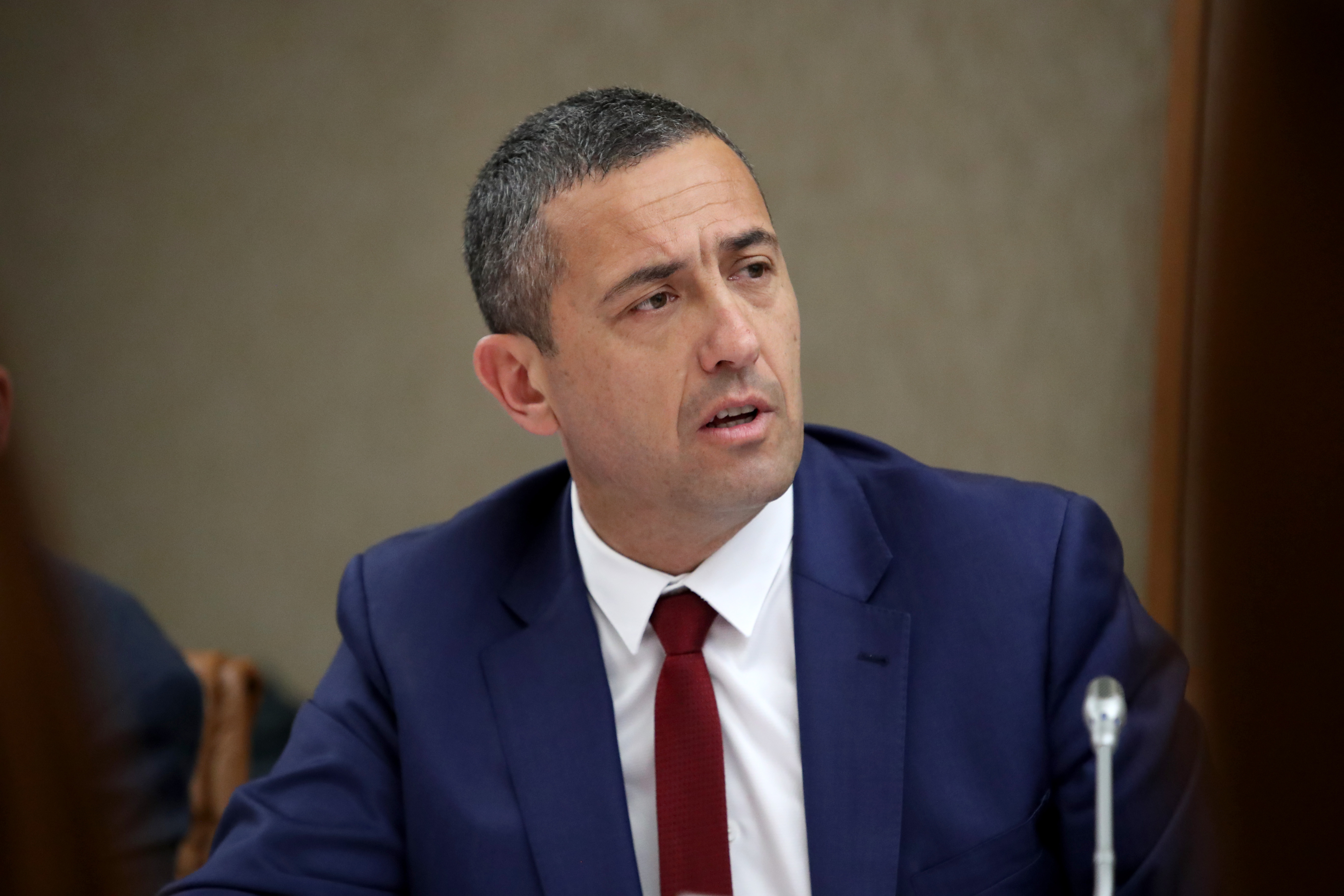 Koutsantonis noted “the committee is reassured by the ICAC Commissioner that he’s exceptionally confident on an appeal”.

“This is our job… to make sure we review his functions and make sure the public is protected. If [the ruling] is upheld, the committee has to act.”

The ICAC Act makes provision for the review mechanism, with an independent “reviewer” appointed to conduct an annual audit of the ICAC, investigate any complaints and “conduct any review requested by the Attorney-General or the committee”.

It can also examine whether undue prejudice to the reputation of any person was caused and “whether the practices and procedures of the Commissioner and the Office were effective and efficient”.

Lander did not respond to inquiries from InDaily today.

The Liberal Government has a majority on the Crime and Public Integrity Policy Committee, and could use its numbers to vote down the motion.

But Liberal committee chair Dennis Hood told InDaily he would seek advice on the matter first.

“It’s unlikely the committee will head down that path [of considering the motion] until the appeal is finalised,” he said.