Investec Australia and PricewaterhouseCoopers have been appointed, following a tender process, to conduct the commercial scoping study.

Treasurer Rob Lucas said today the Government had no choice but to investigate privatising the agency because of what he describes as a “secret deal” the then-Labor Government struck during its $1.6 billion sale of the Lands Titles Office.

“As part of Labor’s privatisation of the Lands Titles Office, a secret deal was struck which saw the Land Services SA (LSSA) consortium pay $80 million to be granted an exclusive right to negotiate for the further privatisation of the other state registry functions such as the Motor Vehicles Registry,” Lucas said.

“While we make no criticism of LSSA in relation to this deal, it requires the new Marshall Government to undertake a scoping study for the potential privatisation of the Motor Vehicle Registry.”

Lucas said that if the Government does not enter a privatisation agreement for the Motor Vehicle Registry by 12 October, 2020, or the state appoints a third party to manage the Motor Vehicle Registry before this date, “then the state must elect to either repay LSSA the $80 million, including interest charges at 10 per cent per annum, or grant LSSA an additional seven-year extension to the existing 40-year term of the Land Services Agreement”.

“Therefore, the total repayment in 2020 under this secret deal if the State Government doesn’t proceed with the privatisation could be up to $104 million.

“Let’s be clear – this whole costly exercise is entirely due to Labor’s gross deception and deceit.”

When details of the arrangement were revealed in May, former Treasurer Tom Koutsantonis argued that the Lands Titles deal “was an excellent deal for SA” and accused Lucas of “trying to find an excuse to sell motor registration”.

However, he didn’t deny that the existing deal would help facilitate just that. 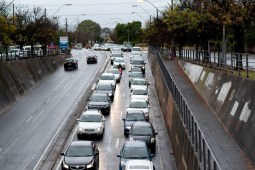 “Mr Lucas knows full well he doesn’t need to go through with this deal – he can pocket the $80 million and just add seven years to the contract of the Lands Titles Office,” he said.

Investec Australia Limited and PricewaterhouseCoopers have been contracted for a six-month period at a total cost of $575,000.

PwC will undertake a detailed ICT system and process mapping of the Registry to inform Investec’s study and analysis.