Indonesian officials say all passengers and crew were killed when Lion Air Flight JT610 crashed into the ocean minutes after take-off from Jakarta yesterday.

Human remains, aircraft debris and personal belongings are being retrieved from the Java Sea.

InDaily has confirmed that Malindo Air, a subsidiary of Lion Air, has been in negotiations with Adelaide Airport to establish regular flights between Adelaide and Bali.

The Australian Government this morning issued a temporary directive, ordering its officials and contractors not to fly using Lion Air or any of its subsidiaries, including Malindo Air.

The directive to officials not to travel on Indonesia’s Lion Air includes its subsidiaries – Batik Air; Wings Air; Lion Bizjet; Malindo Air & Thai Lion Air. It’s a temporary measure & subject to review. You should make your own decisions on airlines. https://t.co/bYLVnkkXV5

A spokesperson for Adelaide Airport confirmed to InDaily that it had been in discussions with Malindo Air.

“Adelaide Airport is in discussions with Malindo Air regarding a direct service between Adelaide and Bali,” the spokesperson said.

“Those discussions are ongoing.”

Adelaide Airport declined to say whether yesterday’s disaster had impacted those negotiations, or whether any adverse finding against Lion Air in relation to the crash would be a deciding factor.

“Adelaide Airport is shocked and saddened by yesterday’s events and offers its condolences to everyone affected by this tragedy,” the spokesperson said.

“We would prefer not to comment on the incident itself.

“The role of aviation safety for airlines operating in Australia is managed by the Civil Aviation Safety Authority (CASA) as the Australian Government’s relevant regulatory body.”

In April last year, a Malindo Air flight skidded off the runway at Tribhuvan International Airport in Kathmandu with 139 people on board.

Nobody was hurt in that incident and Malindo Air maintains a seven-out-of-seven star safety rating on AirlineRatings.com.

The rating means the airline has had no fatalities, that it has been certified by the International Air Transport Association’s operational safety audit, that it is endorsed by the US Federal Aviation Authority and that Indonesia meets the International Civil Aviation Organisation’s country audit.

Malindo Air rates 7/7 for safety, taking into account a series of measures.

Lion Air, has a six-out-of-seven rating on the website.

Lion Air rates 6/7 for safety, taking into account a series of measures.

The budget carrier has reportedly recorded more than a dozen accidents since 2002, including in 2004, when one of its planes skidded off a runway in Surakarta, Indonesia, killing 25 passengers and crew.

It had been among the Indonesian airlines blacklisted by the European Union until 2016.

Australian officials are today urgently trying to find out if any Australians were on board yesterday’s fatal flight.

The accident is the first to be reported involving the widely sold Boeing 737 MAX, an updated, more fuel-efficient version of the manufacturer’s workhorse single-aisle jet.

Lion Air said the aircraft had been in operation since August and was airworthy, and that its pilot and co-pilot had together accumulated 11,000 hours of flying time.

The flight took off from Jakarta at around 6.20am (9.50am Adelaide time) and was due to have landed in Pangkal Pinang, capital of the Bangka-Belitung tin mining region, an hour later.

Distraught relatives of those on board arrived at the airport in Jakarta and Pangkal Pinang. 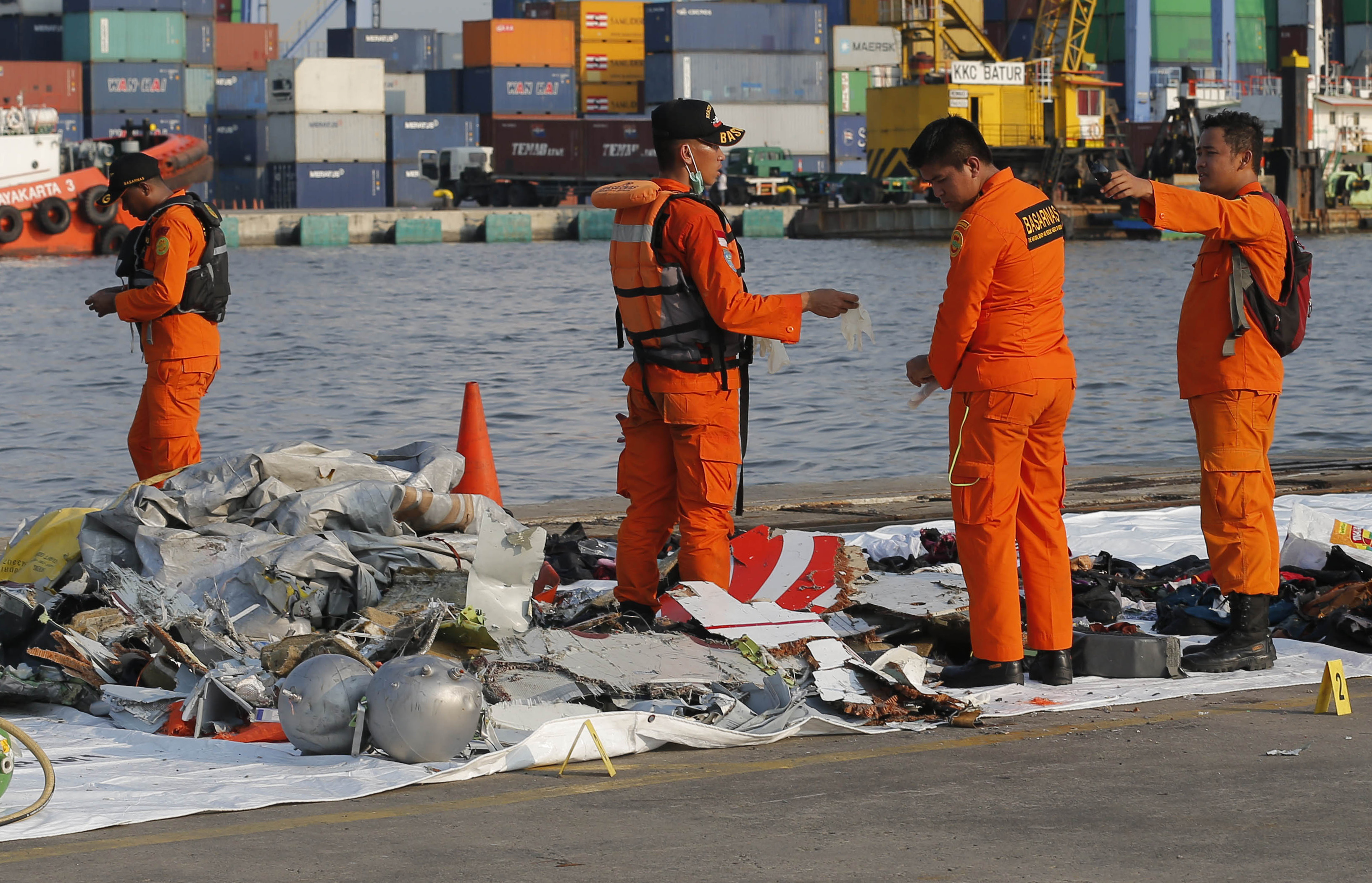 The head of Indonesia’s transport safety committee said he hoped the cause of the crash would be determined when the plane’s black boxes, as the cockpit voice recorder and data flight recorder are known, were recovered.

President Joko Widodo told a news conference authorities were focusing on the search and rescue, and he called for the country’s prayers and support.

The effort to find the wreckage and retrieve the black boxes represents a major challenge for investigators in Indonesia.

Boeing was deeply saddened by the loss, it said in a statement, and was ready to provide technical assistance for the investigation.

Data from FlightRadar24 shows the first sign of something amiss was around two minutes into the flight, when the plane had reached 2000 feet (610 m).