The search in Newport Harbour, Rhode Island, has pinpointed one or two potential archaeological sites and excavation is expected to begin next year.

The Rhode Island Marine Archaeology Project (RIMAP) and the Australian National Maritime Museum teamed up to search for the Endeavour and will announce their results at an event on Rhode Island on Friday.

The Endeavour is perhaps Australia’s most significant ship after taking Cook on his voyage to Australia and the South Pacific from 1768-71.

The vessel later was renamed the Lord Sandwich and had a less impressive role as a British transport ship.

RIMAP founder Dr Kathy Abbass located historical documents in London that guided her team to the general area in Newport Harbour where they believe the Lord Sandwich was deliberately sunk by the British in 1778 during the American War of Independence.

Silt in the harbour may have helped preserve the vessel.

There were 13 potential vessels that could have been the Endeavour but the search has recently narrowed to possibly “one or two archaeological sites”, RIMAP said in a press release.

The archaeologists will release a 3D photogrammetric image on Friday of a promising site located in an area just off the Goat Island shore near Gurneys Resort.

Despite the historical significance to Australia, it is likely the Endeavour, if found, will remain in Rhode Island.

The Rhode Island Historical Preservation and Heritage Commission is also the custodian of the Newport Harbor shipwrecks.

The Rhode Island Coastal Resources Management Council has also established a “No Anchor – No Dive” zone around the archaeological sites to protect them. 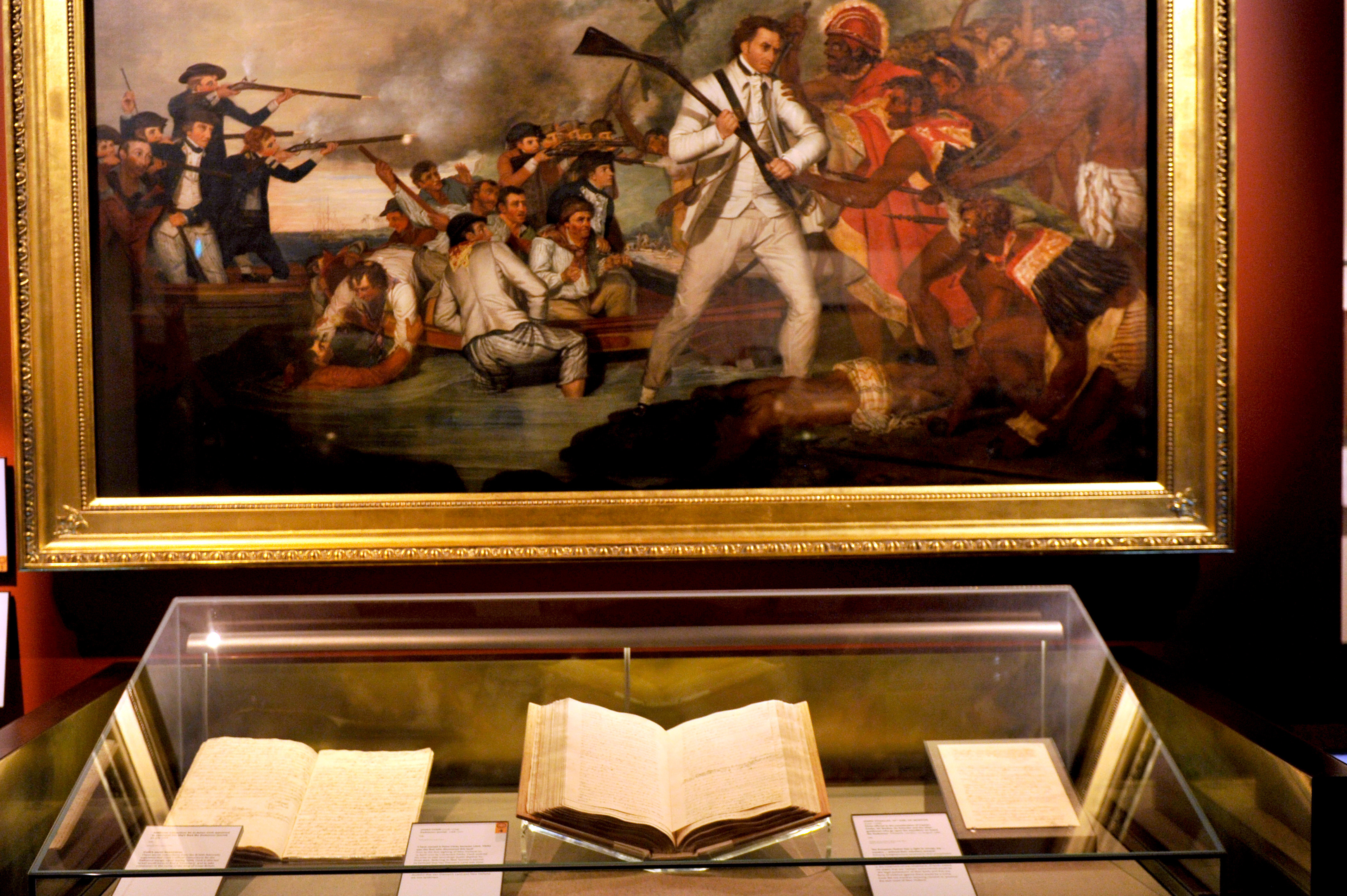 A painting of Captain Cook and the Endeavour journal on display at the National Library of Australia. Photo: AAP/Alan Porritt

This year marks the 250th anniversary of Cook’s departure from England on the Endeavour.

The public is being asked to donate to RIMAP to help finance an artefact management facility needed to process, store, and display the artefacts that will emerge from the planned 2019 excavation.

Donations may be made through PayPal on the RIMAP website.