The intersection has been the site of two road deaths in the past two years and is a regular bottleneck for motorists heading to and from the Yorke Peninsula and Mid-North on long weekends.

The project includes a single-lane overpass, leading southbound to a newly duplicated section of Port Wakefield Road, plus a modified left turn from the Copper Coast Highway onto Augusta Highway. It also includes a proposed new roundabout and connection from Port Wakefield Road to Balaklava Road.

The state’s $18 million contribution for the project will appear in the Marshall Government’s first Budget next week, while the Federal Government has committed the remaining $72 million.

The State Government expects the project complete by 2022. 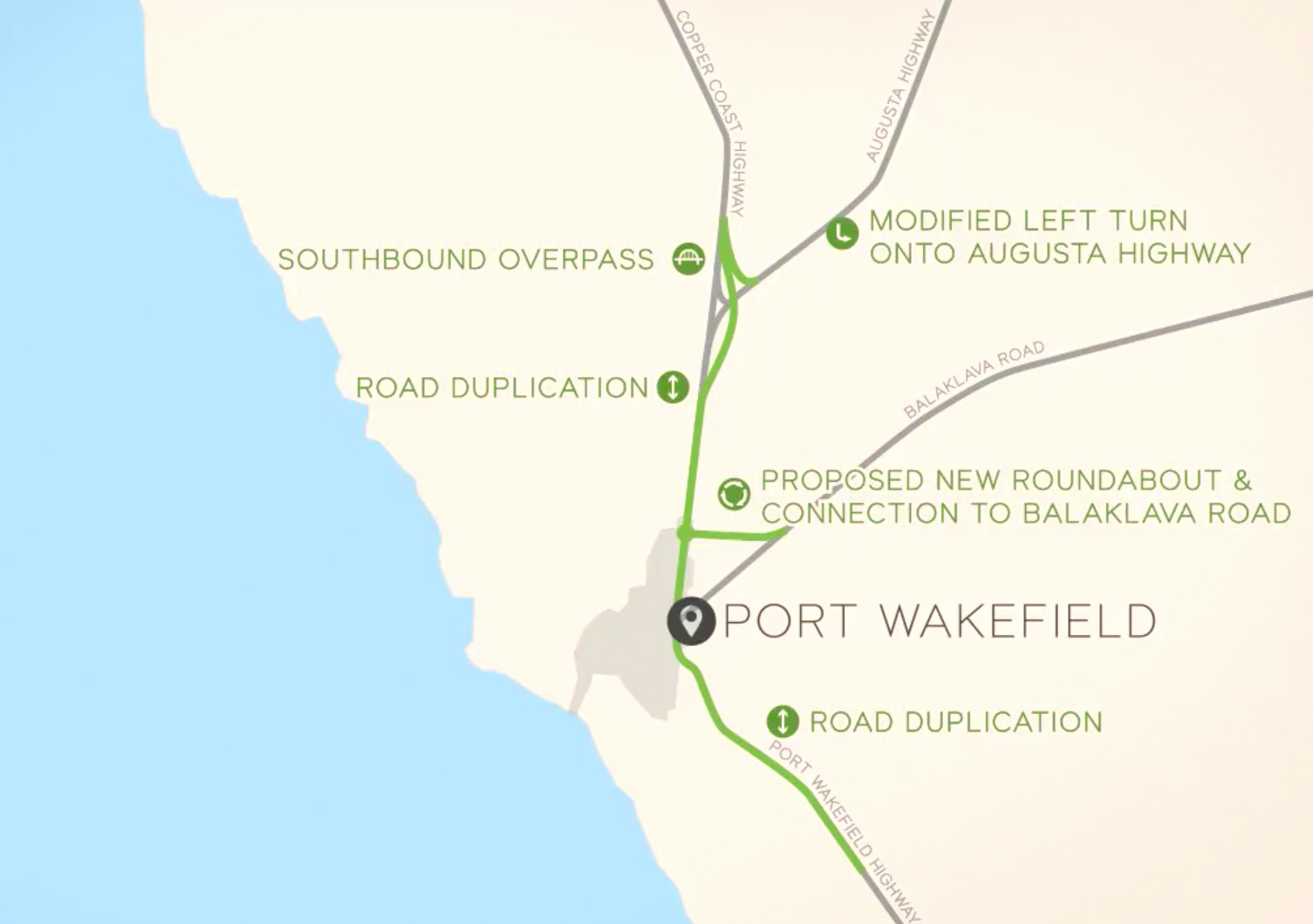 A screenshot of a Government animation of the project.

Local federal member, Liberal MP Rowan Ramsey, said replacing the intersection with an overpass would be a particular relief for parents.

“It’ll be good for freight, it’ll be great for tourists who are sick of being blocked up here on weekends and probably most particularly, for people who are parents, like myself, who have been sending their kids back to Adelaide after the long weekend for many years,” he told reporters this morning.

“It’ll be a great sigh of relief, because normally the last thing we say to them is take care on the road, drive carefully, knowing full-well that this is a congestion spot here that leads to a lot of frustration and people making dumb decisions on the road.

“This is a really good outcome … to once and for all get rid of crash corner.”

Deputy Prime Minister and federal Minister for Infrastructure, Transport and Regional Development Michael McCormack said it was “a transformational, nation-building project which is going to make the freight task that much easier”.

State Transport Minister Stephan Knoll said the announcement was an improvement on the SA Liberal Party’s election commitment to build an overpass there.

“We took an election commitment to deliver that project (the overpass) on a 50/50 basis with the Federal Government,” said Knoll.

“This is another piece of the pipe in building the pipeline of infrastructure projects in South Australia.”

Ramsey said the duplication of Port Wakefield Road, running through the town, would help the small community survive economically.

“Hopefully it causes it to thrive and prosper – it’s a big investment in the town,” he said.