Figures released in the Western Adelaide Economic Trends 2016-17 paper show the region is outperforming much of SA in key indicators, including employment growth and economic output.

“I’d just like to highlight some often little-known facts about the Western Adelaide economy, the engine room of the State’s economy,” said Mayor Evans at the event. “The Region represents 25 per cent of South Australia’s economic output, 22 per cent of the jobs, and 20 per cent of the population. 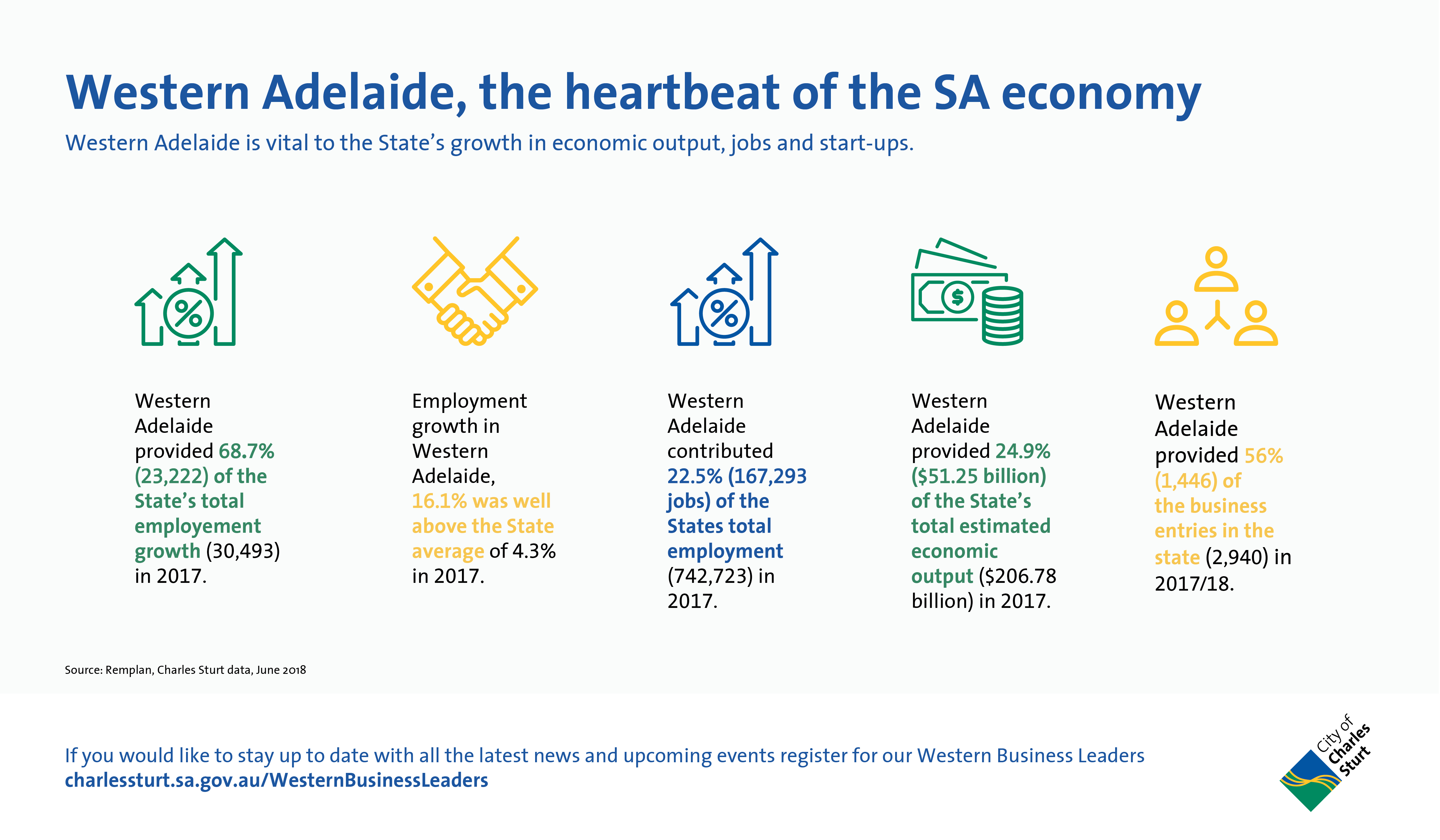 This upward trend was led by strong showings from the construction and health care and social assistance industries,  each of which significantly improved on 2016 figures for employment and economic output.

“We don’t hear as much as we should about Western Adelaide,” he said.

“There are around $13 billion in major projects underway of in the pipeline. The modernization of transportation infrastructure in the region is breathtaking. Adelaide Airport is going from strength to strength. Tonsley keeps winning awards as one of the nation’s most successful innovation districts. Port Adelaide is about to be transformed by a shipbuilding renaissance. All of this and much more is happening in the region.” 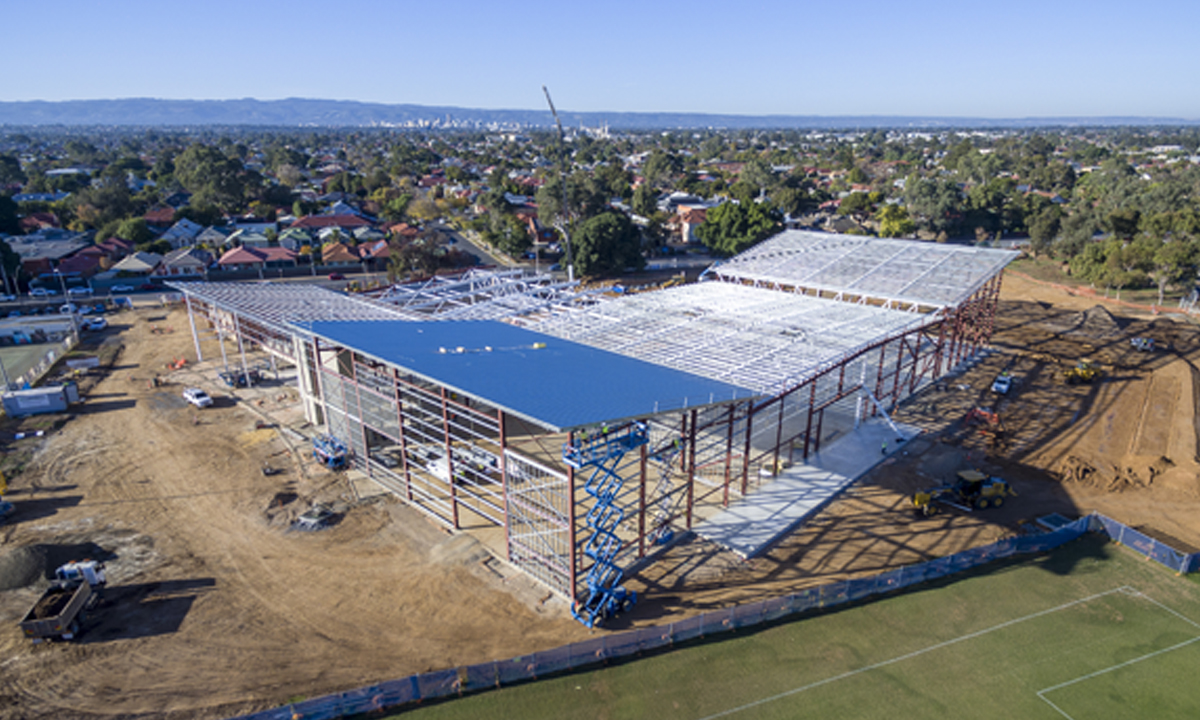 The growth will pick up pace over the coming 30 years, with the majority of the much-publicised Federal and State investment in defence set to be borne out in the Western region.

During the next three decades, more than $90 billion will be funneled in to the sector through key projects, including the construction at Osborne Naval Shipyard of nine high end anti-submarine warfare frigates and twelve submarines.

Professor Spoehr told the WBL audience that defence sector growth could lead to substantial flow-on opportunities for a vast variety of local businesses, small and large.

“We must diversify manufacturing off the back of investments in shipbuilding and growing demand for food and wine are an enormous opportunity,” he said. “We can continue to grow our export of educational services, health technologies and services.”

Western Adelaide’s capacity for economic prosperity has the potential to drive other positive benefits for South Australia, said Minister Ridgway.

“A growing economy will grow the state’s population, ensuring we have the people and skills we need for a thriving economy – creating more opportunities,” he said. 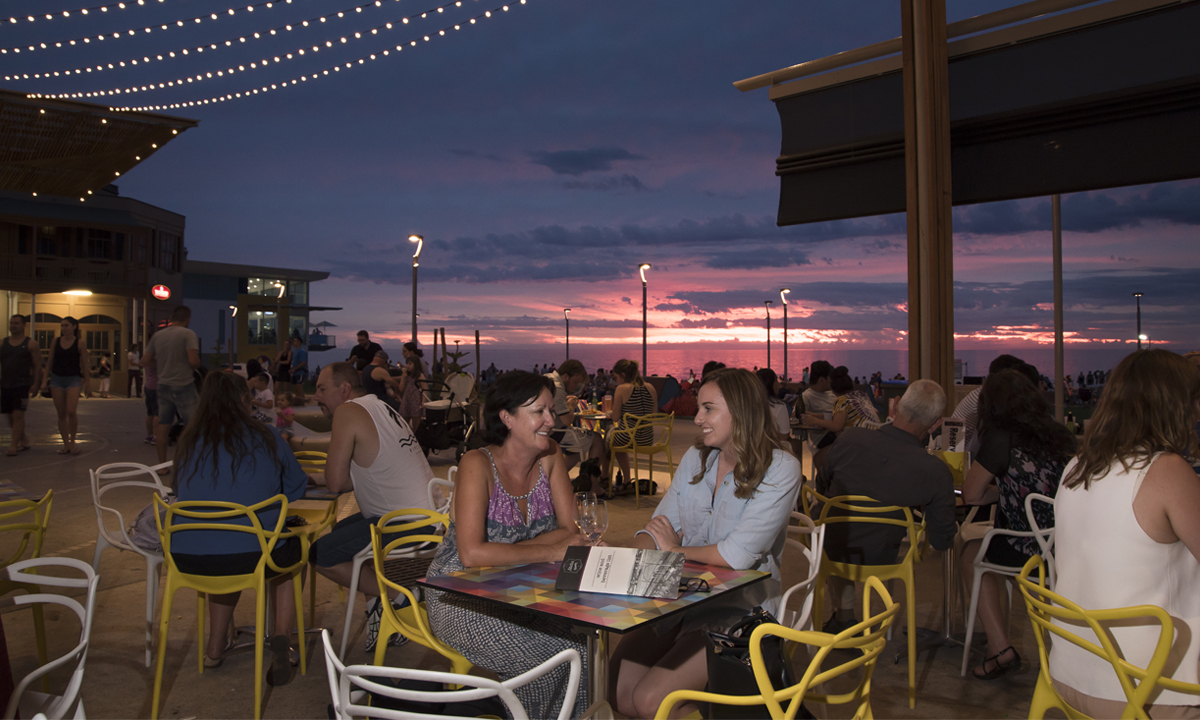 While it might be little talked about, these figures show that Western Adelaide is doing far more than pulling its weight when it comes to the SA economy, and that there’s more than a kernel of truth in the old saying that West is Best.

If you would like to stay up to date with all the latest news and upcoming events register for our Western Business Leaders.