On Friday, Adelaide media reported extensively on a Business SA discussion paper which said that, on average, 5000 South Australians working in industries including construction, mining and agriculture were arriving at work under the influence of methamphetamine.

The report, titled The Ice Age: The Drug Epidemic Hitting the SA Workforce, was co-written by drug testing company Safework Laboratories in response to what Business SA chief executive Nigel McBride said were concerns raised by his organisation’s members and other state-based chambers about how methamphetamine use had “infiltrated” South Australian workplaces.

“We’ve all heard about ice, but we’re now seeing a new frontline in the epidemic – and unfortunately it’s in our day-to-day operations in the Australian workplace,” McBride wrote in the discussion paper.

“Workers who have used iced pose a serious risk to their own safety and the safety of their co-workers.”

In their respective reports on the discussion paper, both The Advertiser and ABC reported on wastewater testing data from the Australian Criminal Intelligence Commission (ACIC), which found methamphetamine was the most consumed drug in Australia.

“SA is the ice capital of the world. And clearly there are no winners from this,” Safework national marketing director Andrew Liebe was quoted as saying in The Advertiser’s report.

He said data from the National Drug Strategy Household Survey 2016, which collected information on alcohol and tobacco consumption and illicit drug use among the general population, showed cannabis was the most commonly used illicit drug both in Australia and South Australia.

“Journalists repeatedly report that methamphetamine is the most commonly used illicit drug and repeat it as if it’s true,” White said.

“The ACIC, with the wastewater, does not test for cannabis.”

According to the National Drug Strategy Household Survey, in 2016 the most commonly used illegal drugs were cannabis (10.4 per cent), followed by cocaine (2.5 per cent), ecstasy (2.2 per cent) and meth/amphetamines (1.4 per cent).

Data from the survey published on the SA Health website shows the most commonly used illicit drug in South Australia in 2016 was cannabis (10.7 per cent), followed by cocaine (2 per cent), meth/amphetamine (1.9 per cent) and ecstasy (1.6 per cent).

Additional data published in May this year from a project commissioned by Drug and Alcohol Services South Australia (DASSA) using wastewater analysis, also published on the SA Health website, shows cannabis was consumed at a higher rate than methamphetamine in Adelaide. 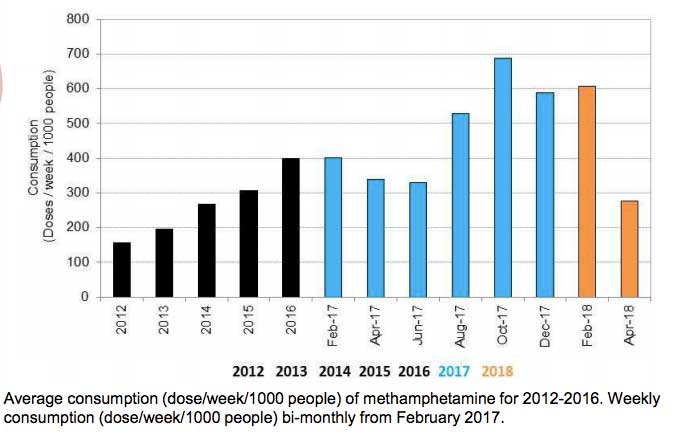 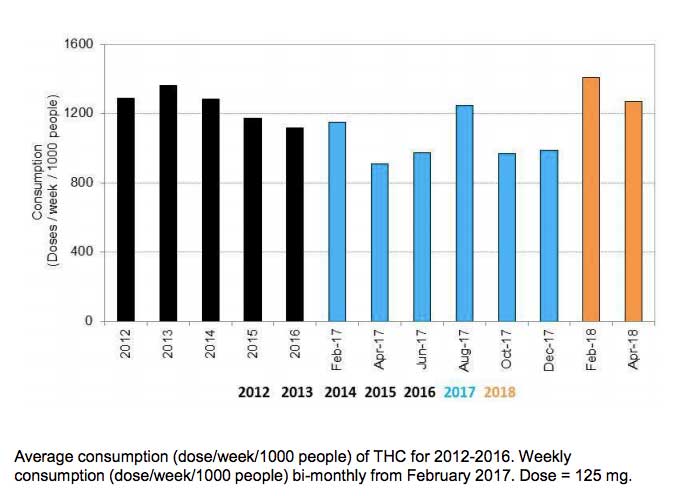 “It’s a deep frustration that journalists have gone to the point where they’re reporting on these inaccurate facts,” White said.

“We’re not the ice capital of Australia – it’s a completely wrong interpretation of the data.”

White said while it was true that the ACIC data showed that the number of doses of methamphetamine in wastewater had risen in South Australia, that increase was due a higher level of purity in the drugs currently available in the marketplace.

“If you track the purity of methamphetamine in the marketplace… and you align it to the wastewater data, the increase in purity accounts for nearly all of the increased number of doses in the wastewater,” he said.

“Putting that simply, if you test the water for alcohol when everybody is drinking beer, you will get a certain level and if everybody moved to drinking whisky, you would get a different level, because they’re drinking a higher level of concentration.”

White pointed out that the Business SA report’s co-author, Safework Laboratories, is a for-profit Australian drug-testing company and questioned why this wasn’t reported more clearly.

In a statement to InDaily today, Business SA director of media and communications Verity Edwards said Business SA saw no reason to question the validity of the statistics in its report.

“Safework Laboratories is the leading provider of workplace drug testing nationally,” she said.

“The statistics were backed up by the Australian Criminal Intelligence Commission’s drug and monitoring report, which used wastewater testing undertaken by SA Water and the University of South Australia.

“Business SA also worked with the internationally-recognised National Centre for Education and Training on Addiction, based at Flinders University, which is funded by the Federal Government’s Department of Health.”

White also expressed concern that the Business SA report and subsequent media coverage could have a harmful impact on methamphetamine users seeking treatment.

He said the use of the words “ice”, “addicts” and “epidemic” were stigmatising and could cause people to turn away from seeking help.

He said by referring to methamphetamine as “ice” instead of its medical name, the Business SA report authors were treating methamphetamine as a criminal issue rather than a health issue and therefore could be contributing to the stigma which prevented users from seeking treatment.

“About 70 per cent of people who use methamphetamine use it less than once a month – they’re not the people who the media reports as getting into trouble all the time and being violent,” White said.

“That kind of identification of people as hopeless, morally bankrupt, dysfunctional etcetera, compromises their willingness to go into treatment.

“The media’s portrayal of methamphetamine completely demonises users, when in fact most problems are caused by a series of other underlying issues with other drug use, alcoholism and the like.”

Edwards said Business SA referred to the term “ice” because it was the drug of concern most commonly raised with the chamber.

“Our report clearly defines what ice is – a form of methamphetamine,” she said.

“The report contains facts about methamphetamines, including definitions, side effects relating to use, and the signs [that] employers and colleagues can look out for in relation to workers who use methamphetamines, and not just ice.”