Chris Carpenter, the founder and managing director of Adelaide community radio station Hills Radio, is accused in a court document of harassing and indecently assaulting Penelope Herbert, a former station board member and volunteer.

In a Defence document submitted to the Adelaide Magistrates Court early this year, Herbert claims that Carpenter harassed her verbally, “multiple times a week” by making lewd comments and unwanted sexual propositions at Hills Radio.

According to Herbert’s claims, detailed in the document, Carpenter also indecently assaulted her.

The sexual harassment – such as asking, “when are you going to let me fuck you” and “why don’t we go off and have a fuck”, and “why won’t you let me fuck you” – was so frequent that she simply stopped paying attention to it.

Herbert claims that in late 2014 or early 2015, she drove to Carpenter’s house and left her car there, so that they could travel in his car to Howard Vineyard, in Nairne, for a business meeting over lunch.

When they got back to Carpenter’s house, he parked his car behind hers and went inside, saying he needed to get something from the house.

According to her account, he emerged shirtless, holding towels, and asking her to get in the spa with him.

The document details what she alleges to have happened next:

When she tried to walk to her car, he pushed her up against the brick wall of his house and tried to kiss and grope her. She forcefully pushed Carpenter off of her and demanded that he move his car so that she could leave. She continually asked him to move his car, and finally he let her out.

It says that in September 2015, he was passing Herbert on the stairs at Hills Radio while another woman, also a volunteer at the station at the time, was on the stairs.

It is claimed Carpenter lifted up Herbert’s shirt, saying: “What have you got under there?”

It is also claimed that about a month after that incident, Herbert mentioned to Carpenter that her partner had suffered a stroke.

And Carpenter responded: “oh good, now I can fuck you – because he won’t be able to.”

On another occasion, it is alleged Carpenter said to Herbert about an 18-year-old visitor to the radio station that “I should fuck her, she’d probably be grateful”.

Herbert submitted the document to the Adelaide Magistrate’s Court in early February this year, response to a defamation claim Carpenter had brought against her over a comment she posted on Facebook, accusing him of being a predator.

Carpenter complained that the post would be understood to mean that he was psychologically unstable, was engaged in unacceptable and reprehensible conduct and that he had made unwanted romantic advances to Herbert.

In her Defence, Herbert denied she had defamed Carpenter and maintained that the comment she posted was substantially true.

The court document also says another woman, who InDaily has chosen not to identify, received an email from SA Police officer Scott Wilson in April 2017, informing her that he had issued Carpenter with a stalking caution in relation to his behaviour towards her.

In his Statement of Claim for the case, Carpenter argues that a letter from Herbert’s lawyers aggravated the damage that had been caused by her Facebook comment by asserting that SA Police had concerns for the safety for another of Carpenter’s alleged victims. The Defence denied this letter caused any aggravation.

The court has made no findings regarding the allegations in the Claim or the Defence.

In a statement to InDaily, Carpenter claimed that Herbert’s allegations were designed to discredit him and the radio station.

“The attempt is timed to discredit myself and the success of Hills Radio at a time when another radio station is attempting to enter the Adelaide Hills area,” he said.

“Ms Herbert was at the time of these allegations a Board member of Hills Radio, Ms Herbert has addressed not only the Hills Radio Board but also addressed this with other legal institutions and media outlets. All have not proceeded with these accusations. “ 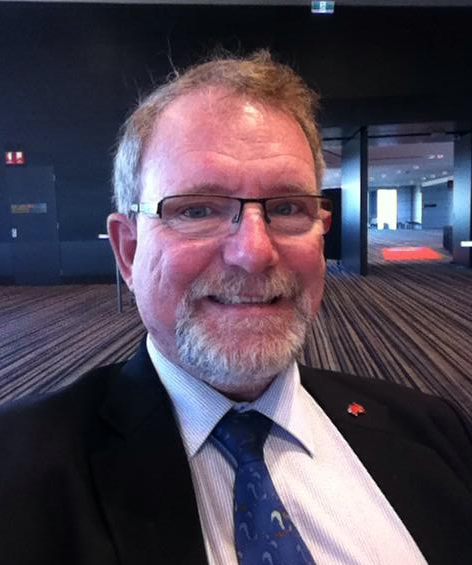 Carpenter provided no response to InDaily’s questions about the substantive allegations in Herbert’s Defence.

Herbert says she has no role with the prospective station.

Lofty Community Media is made up of many former members of Hills Radio, but a spokesperson said Herbert has decided not to be one of them.

“Penelope is a strong supporter of what Lofty seeks to achieve, but she is not directly involved in Lofty’s operations,” the prospective community radio station’s public officer Tony Sander told InDaily.

“At one stage, she planned to produce a weekly program for Lofty.

“However due to increased business commitments, Penelope has decided not to proceed … Penelope is not a current member of Lofty Community Media.”

Sander said Herbert withdrew from her prospective role with Lofty Community Media in early June, about the time that the station submitted its licence application.

InDaily understands a decision on Lofty Community Media’s application is due next month.

Carpenter also claimed in his response to InDaily that Herbert had breached the codes of practice of the Australian Communications and Media Authority and the Community Broadcasters’ Association of Australia while at Hills Radio, and was stood down because of those breaches.

However, Herbert says that she resigned voluntarily from the station because she felt it was an “unsupportive” environment.

She denies she breached either code of practise, and says she was never told of any allegation that she had breached any code during her time at Hills Radio.

InDaily sent an email to the chairman of Hills Radio’s board, Greg Moore, with a list of questions about the allegations.

InDaily has not yet received a response.