A media helicopter flying in the search area at Wallaroo has been ordered to leave the area immediately after CASA imposed the five kilometre exclusion zone around the new “declared dangerous area”, as SA Police narrow their search.

“A report has been made that there is a media helicopter flying in breach of the CASA imposed air exclusion zone. If this is your helicopter please desist and leave the area immediately,” police said today.

Police this afternoon rescinded a declared “dangerous area” in the township, 160km northwest of Adelaide. There is still a cordoned off crime scene in Daly Street.

“The Police Forward Command for the incident is now being run from the Kadina Police Station at Graves Street, Kadina to consolidate resources,” Police said. “There will be a visible police presence remaining in Wallaroo.”

The residents of the Yorke Peninsula town, which has a population of 4000, have been told to stay indoors and lock their windows and doors.

The man – named today as Jake Dohnt – is wanted after SA police tried to pull him over on the Spencer Highway at 1am on Monday.

He refused and continued on before being spotted again, armed with a handgun, at about 1pm near the area now under lockdown.

“An officer fired a shot at the man who then ran off,” SA Police said in a statement.

Police believe Dohnt remains in the Wallaroo area but they have not had any confirmed sightings “for some time”. 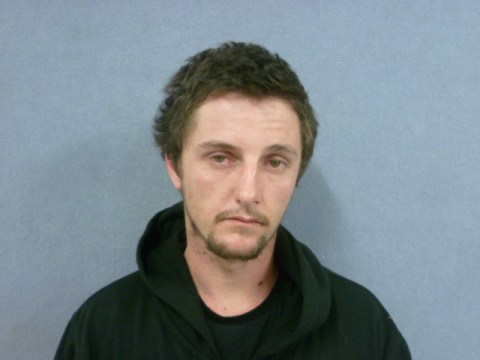 An image of Jake Dohnt, released by SA Police today.

Dohnt is described as being Caucasian, about 160cm tall, 70kg, medium build with brown eyes and light brown hair. He is wearing black long pants, a black windcheater with a white motif on the front and a black cap.

Police said they had been trying to contact him through his mobile telephone.

“I ask Jake to return SMS messages and mobile telephone calls that have been made by police as we would like to talk to him about his welfare and coming forward so that we can end this current situation safely,” said Inspector Alison Clark in a statement.

“The aim of this is to encourage Jake to come forward to police so that we can work with him to help this situation come to a peaceful and safe end for all involved.”