The funding cut comes after Gardner told InDaily in April that he was hopeful that the Safe Schools program would be replaced by the second half of this year.

At the time, Gardner said the Department for Education was seeking advice to prematurely terminate a three-year government contract with SHINE SA ending in 2020.

The funding cut follows a Liberal Party election pledge to replace the Safe Schools program with its own “broad evidence-based” anti-bullying program, which is still in the process of being developed. It is unclear when the new program will be finalised.

“The Government will maintain continuity providing support to all high-risk student groups, while we pursue and develop this broader approach to anti-bullying,” Gardner said today.

“Under the interim arrangement, the Education Department will be partnering with trained experts to respond to school enquiries and requests for training in relation to particular support for LGBTIQ students. This includes dealing with specific issues, policy advice, staff training and other services.

“The department will also continue to provide advice to schools on the services and resources available to parents and students from external organisations, including Beyond Blue, Reach Out and Stonewall.”

AEU state president Howard Spreadbury said he was “very concerned” that a gap would be left between Safe Schools program finishing and the new anti-bullying program starting.

He said directing students to external organisations including Beyond Blue would not adequately prevent incidences of bullying.

“The Safe Schools program gave teachers a resource that they could use with all their students, it was about getting students to accept everybody, regardless of their sexual orientation,” he said.

“Beyond Blue is not going to provide nearly enough support for students and those students aren’t likely to go to those organisations individually by themselves.”

Spreadbury said he was concerned the new initiative’s broad approach to bullying could prove detrimental to gender-diverse students.

He said fears that the program was promoting alleged “radical gender theory” were baseless, as students often already had an idea of their sexual orientation before engaging with the program.

“I think you’re pretty naïve if you think students aren’t already exploring their own sexuality when they’re at school,” he said.

In a Facebook post published on Friday, the Safe-Schools Anti-bullying Initiative said despite its “successful delivery of the program” funding had ceased.

“We are working with the Department for Education and other stakeholders to conduct a professional handover and will be able to provide information shortly about contacts for supporting LGBTIQ+ young people in schools after mid July,” it said.

Gardner said the Education Department is currently establishing an “overarching anti-bullying strategy” and will ensure that all state schools have an anti-bullying policy in place that meets basic expectations by the end of the year.

He said the new anti-bullying program replacing Safe Schools could be developed by the Education Department or a third-party organisation.

Shadow Education Minister Susan Close said it was “completely unsurprising” that funding for Safe Schools had been cut.

“The Liberal Government has always wanted their new program without recognising that there are already programs that cover bullying generally and that specifically target students who identify as gay or transsexual, who often are unfortunately the targets of bullying,” she said.

“In doing so they have abandoned the people and their teachers. We know there are higher rates of self-harm and bullying of these people, which is why it (Safe Schools) was addressing those issues.

“This smacks of catering to the conservative forces of their party that listen out to the misinformed views.”

The original national version of the Safe Schools program, launched in 2014 under the Abbott federal government, drew controversy over its alleged promotion of “radical gender theory”.

In May last year, then Education Minister Close announced the State Government would fund a watered down, opt-in version of the federal Safe Schools program, developed in conjunction with SHINE SA. 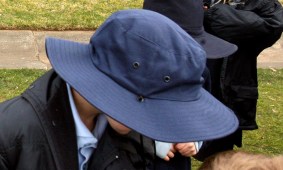 Safe Schools program could be gone within a year

In total, 66 government schools across South Australia chose to participate in Safe Schools, according to the Education Department website.