SA Power Networks says project could help demonstrate how to reduce the need for some capital upgrades to South Australia’s distribution network.

The energy storage system provides direct backup power to 35 homes in the event of a blackout and helps stabilise the small Fleurieu Peninsula town’s electricity network, with little manual input from humans.

The 270 kilowatt/270 kilowatt hour PowerTec mobile battery, modified to University of Adelaide researchers’ specifications and installed as part of a $3.65 million trial, is able to decide voltage levels, how much power to inject into the grid and how much to absorb in real time, by itself.

“You don’t have any (other) battery in the world that does that,” PowerTec’s Dr Michael Jansen told InDaily.

“You can set and forget it,” he said, adding that in the event of an outage it autonomously runs tests that identify the cause.

He said the battery reduces peak load on the local substation, stabilises the electricity network in the area, and enables the town to export more household solar power when the sun is shining. 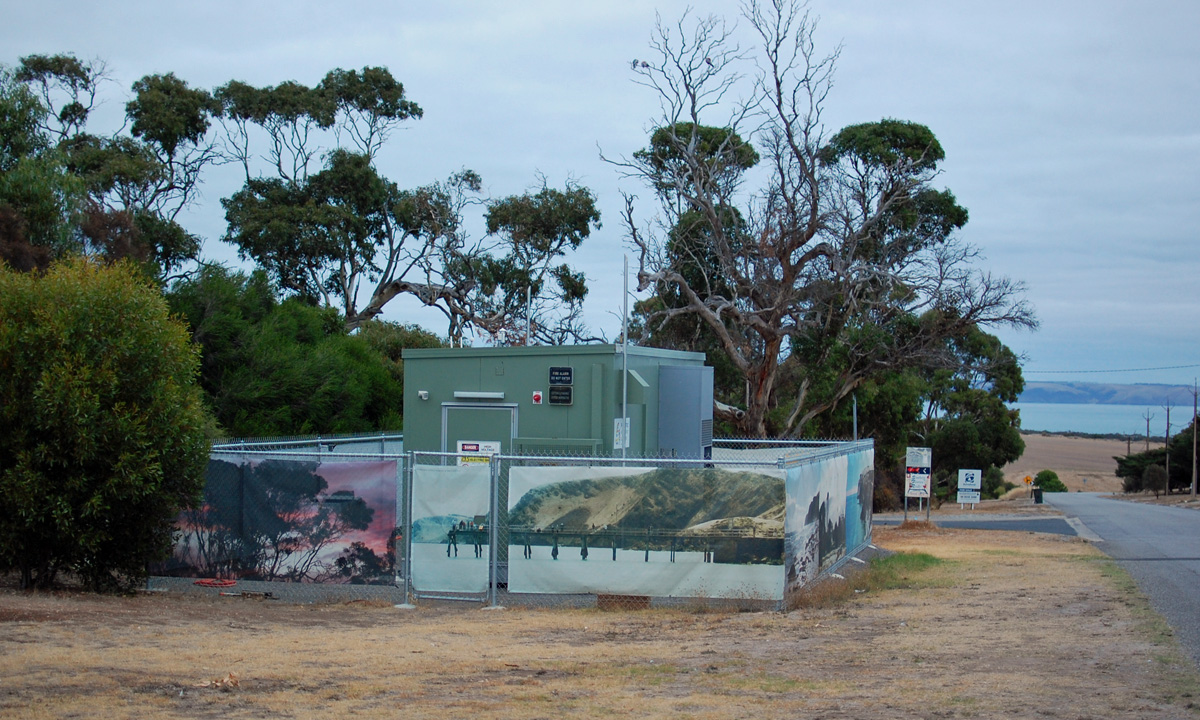 The high level of solar power generated in the town means dramatic fluctuations in voltage – which the battery autonomously levels out.

The battery, funded partly by a $1.44 million grant from the Australian Renewable Energy Agency, was switched on in recent weeks.

“In the middle of the day there’s so much solar (generated by Cape Jervis rooftop solar) it’s actually a net generator,” Jansen said.

The battery is also capable of being mounted on a truck and moved.

Associate professor Nesimi Ertugrul, from the University of Adelaide’s School of Electrical and Electronic Engineering, said “we can monitor the system and intervene if necessary, but the system can operate safely in all kinds of situations without the need for any operator instructions”.

“If an outage occurs, our mobile battery system automatically runs a range of safety checks before providing backup power to nearby houses until the main grid is restored.”

He said the battery would help reduce the requirement for extra capital investment in South Australia’s electricity network.

SA Power Networks manager of corporate affairs Paul Roberts said the battery would enable the testing of “alternative ways to meet peak demand requirements – which usually occur on a few days a year – rather than more expensive investment in increased network capacity”.

“We are keen to understand the benefits, reliability and cost of this kind of battery installation as an alternative option to direct investment in a network capacity upgrade.”