Three Labor MPs – backbenchers Justine Keay, Josh Wilson and Susan Lamb – also resigned their seats in parliament today, after the High Court earlier ruled that ALP senator Katy Gallagher was ineligible to stand for the 2016 election because of her dual citizenship status.

Gallagher, a senator for the ACT, had claimed she took all reasonable steps to renounce her British citizenship before the election, but was still a British citizen when the writs were issued.

Her situation mirrored that of Centre Alliance (formerly NXT) MP Sharkie, who this morning declared she would take “urgent legal advice” before confirming her resignation at a media conference this afternoon.

She said she “respected the decision of the court and understand the implications for me”.

“Consequently I will resign from the Australian Parliament today and seek re-election at the forthcoming by-election,” Sharkie said.

“I don’t believe that my job here is finished.”

Sharkie was born in the UK and migrated to Australia with her parents as a young child.

She defeated Liberal Jamie Briggs at the 2016 federal election to take the Adelaide Hills-based seat of Mayo. 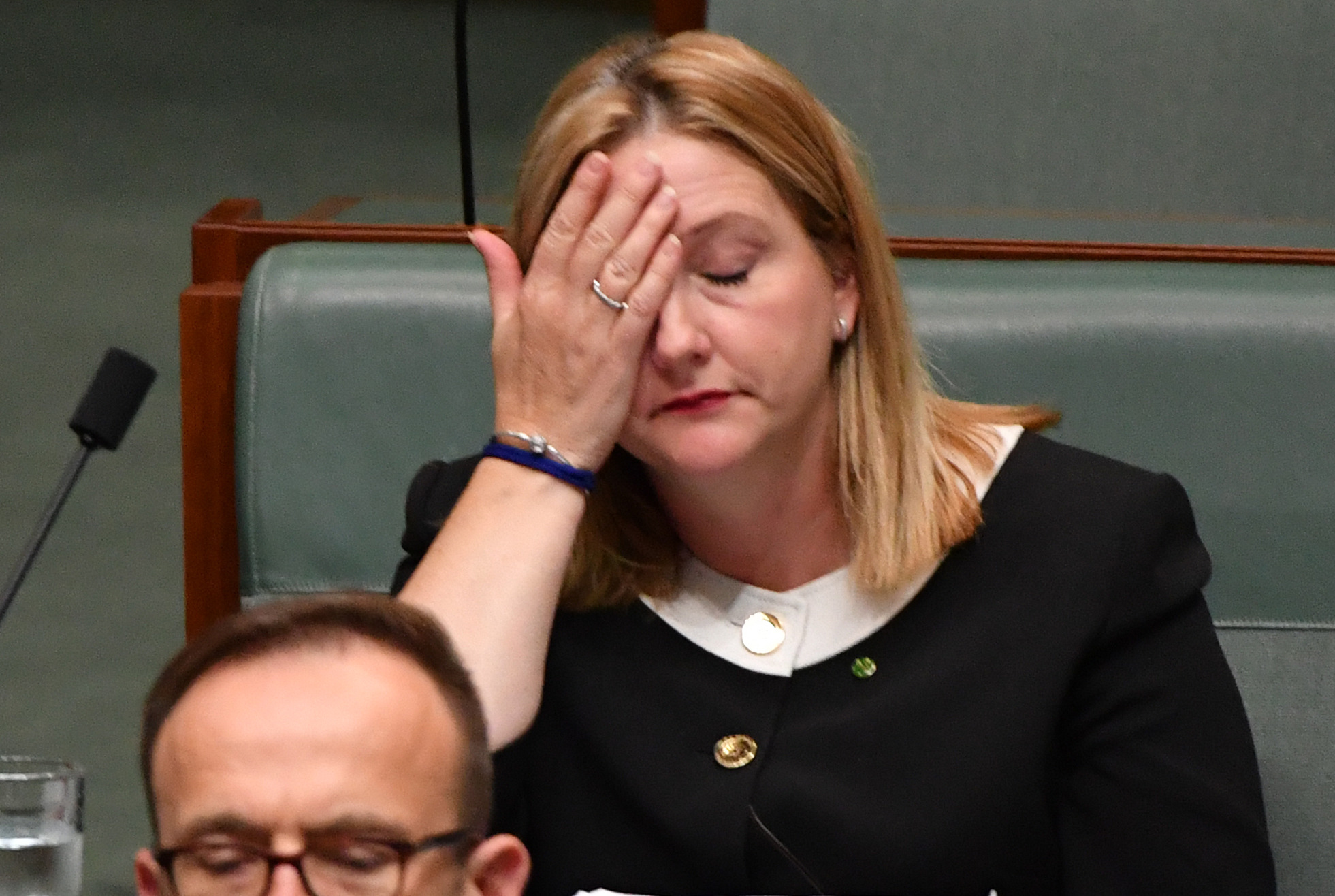 “I apologise to the people of Mayo for this turn of events and for the inconvenience a by-election will cause them,” she said.

“In 2016 my campaign [slogan] was ‘Make Mayo Matter’. Mayo now matters… however, my job is not finished and I remain fiercely committed to continuing to represent Mayo in the future and to fight for us in this place.”

The presumptive Liberal candidate, Melbourne-based political consultant Downer, did not respond to inquiries today, but it’s understood she has signalled her intention to state colleagues to nominate for the seat in the event of a by-election, and has been visiting branch members in recent weeks. 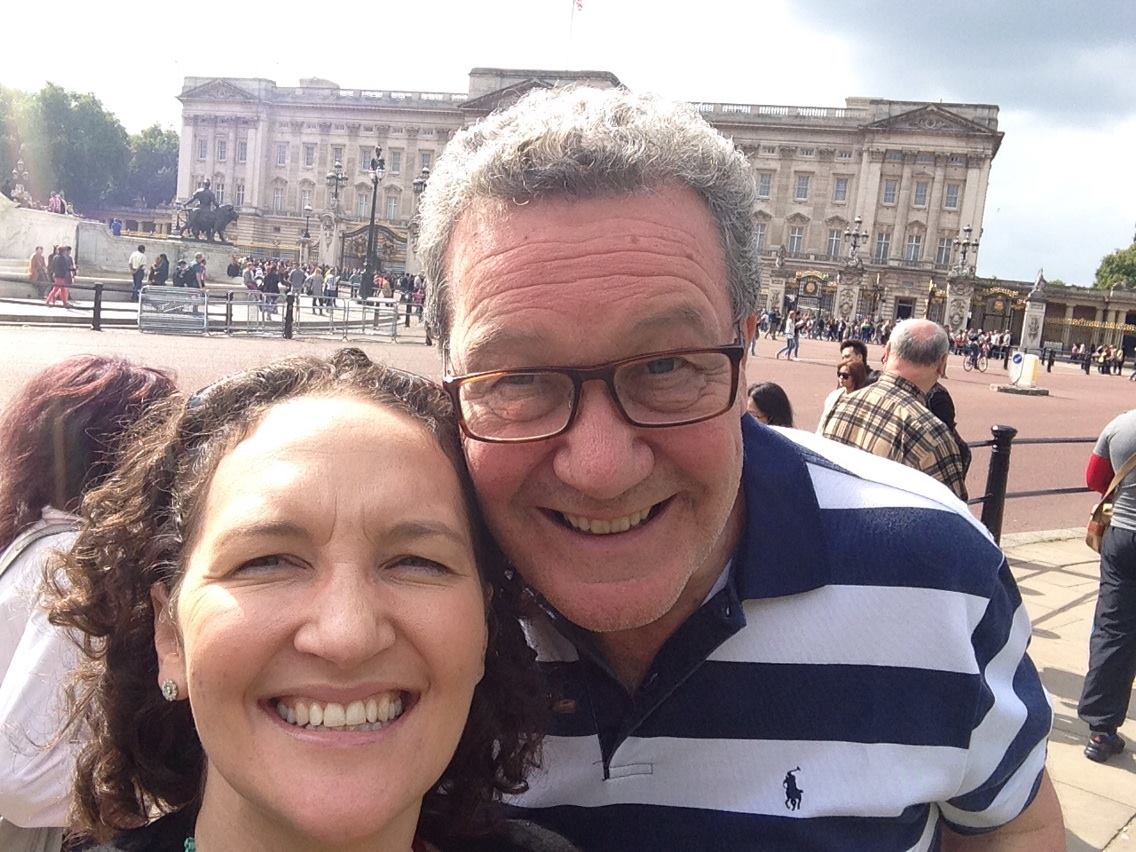 Georgina Downer with father Alexander in London in 2014. Photo: Facebook

Some insiders believe there will be other nominees, but there is a general consensus that Downer will get the nod, with one branch member telling InDaily “I think there will be more support for her than against her”.

Businessman and Liberal donor Grant Kelley, whose family farm is based in the electorate, today ruled himself out of contention, telling InDaily he was committed to his largely Melbourne-based role as CEO of real estate investment trust company Vicinity Centres and was “in no way, shape or form interested in running for Mayo or any other seat”.

Despite Sharkie previously rejecting suggestions she was poised to re-join the Liberal Party, for which she once worked as a staffer, party president and former premier John Olsen – whose former state seat of Kavel falls within the footprint of Mayo – told The Australian today that he had held “exploratory discussions” with the now-Centre Alliance MP, reportedly saying: “I was asked by Canberra to have these discussions with Rebekha, which I did.”

But any such move was killed off by a motion of the Mayo Federal Electorate Conference, which effectively rebuffed the Prime Minister’s office by rejecting intervention from Canberra in the seat’s preselection.

“What the local branch have told the Prime Minister through their motions to state executive is that last time the Federal Parliamentary Party intervened in Mayo [it] didn’t work out well,” said one source.

“One of the reasons people join the Liberal Party is to have a chance to have a vote in the plebiscite for preselection… ultimately the branch members are saying that if Sharkie wants to nominate and take her chances in a ballot, that’s her choice.”

Sharkie, who will contest the by-election as a Centre Alliance candidate, was elected to Mayo on the back of the Nick Xenophon Team’s extraordinary surge in 2016. But after SA Best’s subsequent poor performance at the March state election – in which a glut of Liberal candidates in seats aligned to Mayo were elected – party insiders are confident they are “a reasonable chance of taking back Mayo”.

Rebekha Sharkie @MakeMayoMatter is a fantastic advocate for the people of Mayo, and thoroughly deserves to be re-elected! She has my 100% support in the upcoming by-election.

“There are new, energetic candidates in all of those state seats, and the Xenophon campaign failed badly,” said one.

“It augurs well for a reasonable result in those seats.”

It’s the latest in a series of disasters for the Xenophon party – recently rebadged as the Centre Alliance – since its high-watermark in 2016.

Nick Xenophon himself was under a citizenship cloud when he quit the Senate for his ultimately unsuccessful bid to enter the South Australian House of Assembly at the March state election. The High Court subsequently cleared him to stay in federal parliament, should he have chosen to do so.

“It seems that rolled gold process [of checking citizenship details] Bill Shorten was boasting about arrogantly some time ago isn’t so rolled gold after all,” Treasurer Scott Morrison said at a National Press Club event to talk about last night’s budget.

The High Court decision is the latest in a long line of citizenship problems that have beset MPs, starting when Greens senator Scott Ludlam resigned in July 2017 because he was a New Zealand citizen.

Gallagher, who represents the ACT, argued she took every possible step to renounce her British ties to ensure her eligibility to run for parliament at the 2016 election.

But the High Court found despite Gallagher’s efforts to renounce her citizenship, she was not eligible under section 44 of the constitution to sit in parliament.

“The fact is that she remained a British citizen under the law of the United Kingdom,” the High Court decided.

She could re-enter parliament through a newly-created lower seat in the ACT, and is expected to be replaced in the Senate by fellow Labor candidate David Smith.

A government spokesman said there were no doubts over coalition MPs Julia Banks, Jason Falinski, Alex Hawke and Nola Marino, whom Labor sought to refer to the High Court last year. The spokesman said they had all been cleared of dual citizenship before nominations closed.

Former Tasmanian senator Jacqui Lambie ruled herself out of running as a candidate in a Braddon by-election to replace Keay, as she intends to recontest the Senate.