Guardian for Children and Young People Penny Wright told InDaily she was concerned the rates of Aboriginal children in out-of-home care and juvenile detention continue to climb, despite increased public awareness of their over-representation in the child protection system.

Wright’s comments follow an analysis conducted by the Guardian for Children and Young People of the Productivity Commission’s 2016-17 Report on Government Services (ROGS), which shows Aboriginal children make up almost half (48.5 per cent) of South Australian young people detained in secure care.

“I consider these statistics an ongoing tragedy – they represent a generational loss because these children are our children,” Wright said.

“These children are just like mine and I see them being disadvantaged in so many ways.”

When considered as a proportion per 100,000 children, the number of Aboriginal 10 to 17-year-olds in detention in South Australia has been growing over recent years, with this growth greater than the national average. 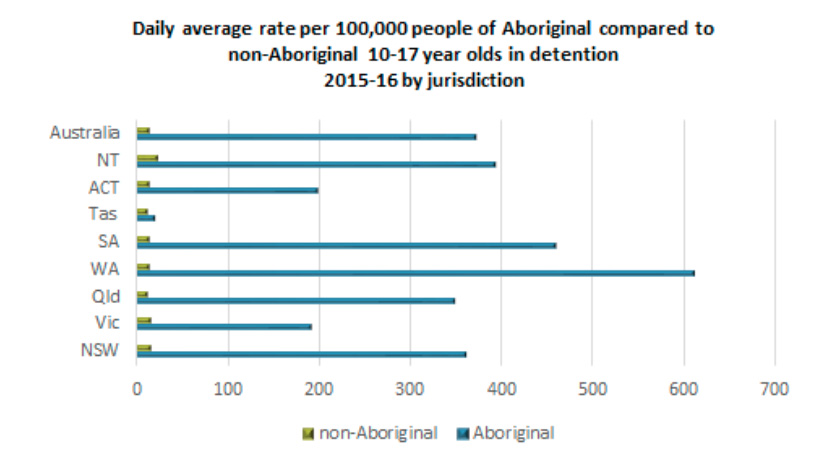 “Every day Aboriginal children experience the same experiences as adults and that includes systemic racism, historic discrimination and denial of rights,” she said.

“It’s vital we divert children’s attention away from the justice system as soon as possible to give them the best opportunity for a better future.”

The ROGS analysis also shows a worsening proportion of Aboriginal compared to non-Aboriginal children being drawn into the child protection system. 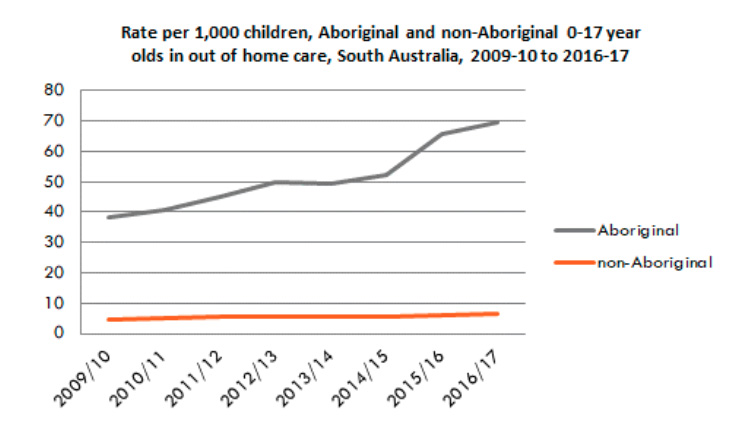 “I think many people are grappling with the reasons for these statistics,” Wright said.

“There are ongoing effects of disempowerment and marginalisation and this highlights a greater need for respect for our Aboriginal communities.”

While 33 per cent of children in out-of-home care placements in June 2017 were Aboriginal, they comprised 38 per cent of those in residential care, a solution Wright previously criticised as being “costly” and “inferior” to home-based supports such as kinship and foster care.

Child Protection Minister Rachel Sanderson said in a statement to InDaily that she was in the process of meeting with members of South Australia’s Aboriginal communities to discuss their views on child protection.

“The Marshall Liberal Government has developed a range of policies to address the disproportionate number of Aboriginal children and young people in out-of-home care,” she said.

“I’ve recently visited Port Pirie, Kadina, Gawler, Mt Barker, Murray Bridge and the Riverland, where I met with staff, carers and young people and learned about some of the uniquely regional issues.”

Sanderson said the Government had committed to reforming the Department for Child Protection’s recruitment practices for child protection workers.

“These initiatives build on the work already underway through the implementation of the Nyland Royal Commission recommendations to address the over-representation of Aboriginal children and young people in out-of-home care in South Australia.”

PwC has been commissioned by the Government to provide an independent report on the department’s out-of-home-care costing model. This is due to be completed by the end of this month. 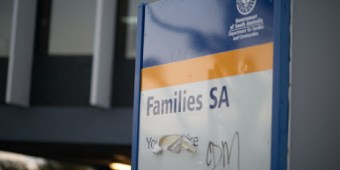 The Liberal Party entered last month’s election promising to appoint an Aboriginal Children’s Commissioner charged with curbing the high rate of Aboriginal children in state care, however Sanderson did not respond to InDaily’s enquiry asking when the commissioner would be appointed.

Penny Wright said she looked forward to the appointment of the commissioner with “great interest” and “gladness”.

“I think the only way to solve these problems is to work with experts within the Aboriginal community, and appointing a commissioner might pave the way towards that,” she said.

“It’s been effective in Victoria when they appointed a commissioner but we need to make sure it’s done carefully and has the support of the Aboriginal community.”