Haythorpe was one of the four top public servants dumped in the Liberal Party’s clear-out of chief executives after it took government last month.

Haythorpe was dumped from her position along with Department of Premier and Cabinet chief executive Don Russell, Planning, Transport and Infrastructure boss Michael Deegan and Sandy Pitcher, who headed the Department of Environment, Water and Natural Resources.

Mealor has been serving as acting chief executive since Haythorpe’s departure.

She also acted in the role after CEO Rick Persse left to join the Education Department, before Haythorpe was elevated. 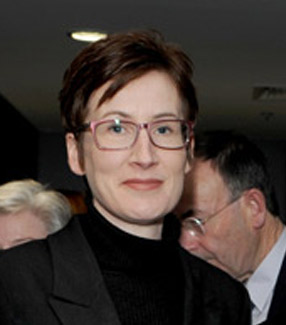 “Caroline Mealor is an outstanding appointment and I look forward to continuing to work closely with her,” said Chapman in a statement.

“Caroline brings a depth and breadth of experience to the important role of department head.

“She has had an impressive career as a prosecutor and in the short time we have worked together since she began acting in her role, she has demonstrated that she is well suited to the role.”