The staff report, to be presented to the council tonight, warns that on current trends the CBD and North Adelaide would fall 2500 people short of the target of 28,000 residents by 2020.

“The recent historical growth average is around 500 residents per year,” the report says.

“The population would need to increase four times the historical average each year, to reach the target.”

It points out that the City of Adelaide’s rental vacancy rate has been steadily rising in recent years. At the beginning of this year it reached 5.71 per cent  – well above the 3 per cent vacancy rate “considered to be a balanced market”.

While there has been a “steady supply” of new apartments popping up in the CBD, new lodgements and approvals “are well below the 2015 peak and larger projects are taking 12-18 months to achieve pre-commitment targets”.

Moreover, approved developments “are at risk of not progressing to commencement without ongoing demand especially when factoring in finance and the 7 per cent foreign investor stamp duty surcharge introduced on 1 January”.

New State Treasurer Rob Lucas told InDaily the Liberal Party was “never really attracted” to the rationale for the surcharge but had no commitment to repeal it.

He would consider repealing the tax “as budget circumstances might permit” in the future.

Lord Mayor Martin Haese has been an advocate for strong residential growth in the city.

He told InDaily in 2015 that his “personal aspiration” was to have 30,000 people living in the city before the end of his first term in the top job. 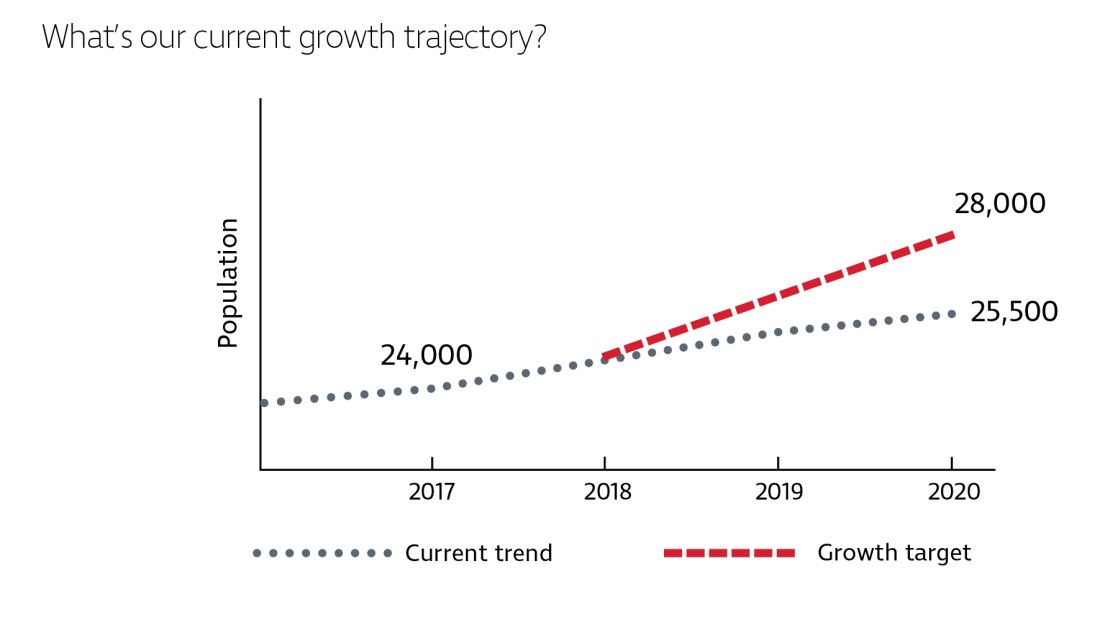 A graph from the report to be presented to the council tonight.

Haese did not respond to InDaily’s requests for comment yesterday and today.

Under a draft residential growth action plan proposed in the staff report, the council would team up with industry groups and Immigration SA to lobby for preferential visa and migration arrangements to attract entrepreneurs and businesses “over Sydney and Melbourne”.

A further $60,000 would be put towards communications and marketing for the council’s five-year free rates policy, which is available to people who buy apartments off-the-plan before the middle of next year.

Also under the action plan, an “Advantage Adelaide” program, based on US experience, would target talented individuals from around the world. 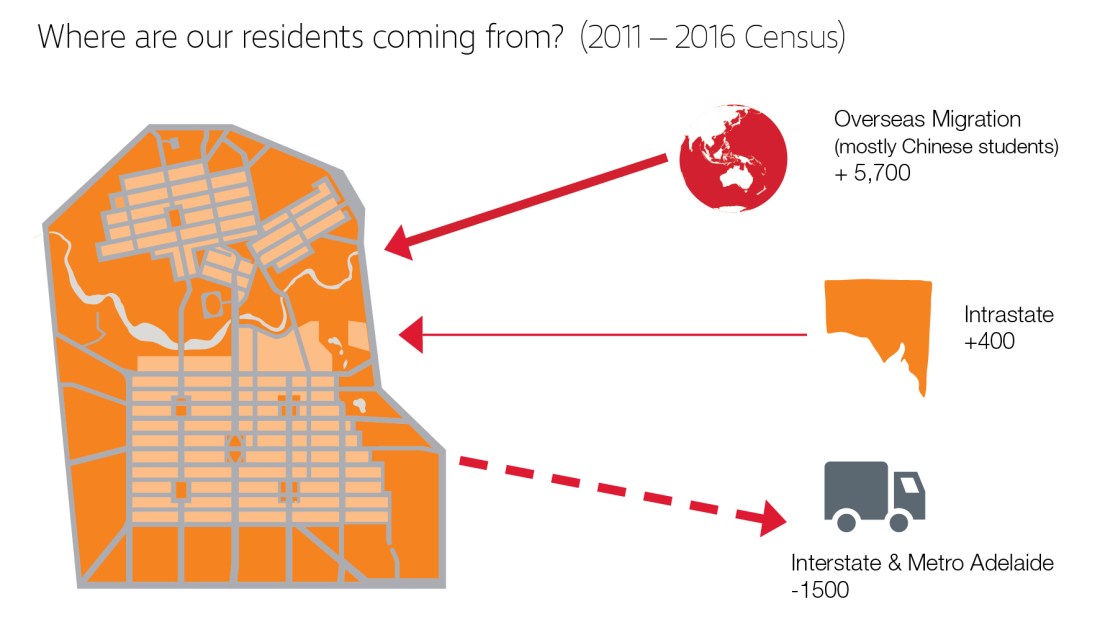 An infographic from the council report.

The program would offer them “special access to city business networks, city based internships, (a) work readiness/work experience program, and introduction to the city’s entrepreneurial ecosystem (plus) settlement services, career and personal development opportunities”.

The council would commission an advertising agency to promote attributes of Adelaide that market research suggests people living interstate associate with the city: “liveable, cultural, multicultural, beautiful and green / environmentally-friendly”.

Further, the council would urge the newly elected State Government for a full stamp-duty concession of up to $30,000 for off-the-plan apartments “in the City of Adelaide only”, providing a “competitive advantage for the city and acknowledging … entry costs associated with city development”.

Lastly, the council would spend $1000 monitoring trends in the apartments real estate market and producing a six-monthly report on the subject to be distributed to the media and property industry.

The action plan has been a long time coming, and its progress has stalled more than once.

According to the staff report, the council’s administration had partnered with Renewal SA and the Capital City Committee in early 2016, and “developed a draft joint discussion paper/strategic action plan for consideration”.

“The draft joint discussion paper/strategic action plan was not however presented to the CCC and the project stalled,” the report says.

“Council subsequently attempted to pursue the branding recommendation in liaison with key State Government agencies, however it was not progressed due to differing views on the need and purpose of another City place brand.”

The Capital City Committee last month released its City Living Market Research project, meaning that “now … (the) council has the opportunity to develop and implement its own residential growth action plan”.

The report says the council will re-engage with the State Government once it is fully sworn in to seek help funding the plan.