“There’s no reason to speak to Katrine,” Weatherill told reporters today when asked if he had raised the matter with his Minister for Disabilities, who has strongly denied any wrongdoing.

“The idea that unsubstantiated allegations that people aren’t even prepared to put their name to would emerge a couple of days before the election, I don’t think should be treated seriously.

“When allegations that are years and years old emerge in the 48 hours before an election, I think people can make up their own judgements about that.”

The Premier said the matters were “denied by Ms Hildyard… and I think that’s all I’ve got to say”.

InDaily yesterday revealed Weatherill’s office had received a letter in December by a former Australian Services Union employee alleging workplace harassment by Hildyard dating back to 2010-11, when the MP was the union’s state secretary.

The letter sent to Weatherill was signed by the complainant, but InDaily has chosen not to name her.

She also alleged that “a number of other former employees have spoken with me, unsolicited, about their traumas” involving “one current MP whose name keeps being mentioned adversely in this context”.

The complainant has confirmed to InDaily that she was referring to the member for Reynell, Katrine Hildyard.

“I believe that this MP has displayed a pattern of behaviour that is more than simply unprofessional,” she wrote.

“It has had, and may continue to have, the effect of denying workers their very basic right to a safe workplace.”

A letter signed by Weatherill’s chief of staff, Daniel Romeo, acknowledges receipt of the complaint, saying: “I understand this matter has been raised with the ASU and they are communicating with you about the allegations you make in your letter.”

“I do not condone or tolerate bullying or harassment of any sort.

“If you wish to pursue the matter further I encourage you to contact Safework SA… to seek advice on what avenues and supports are available to you.”

It’s understood the ASU issued a confidential apology to the complainant but did not investigate or acknowledge any specific allegations against Hildyard. ASU state secretary Joseph Scales has not responded to repeated inquiries.

InDaily has also seen correspondence sent to colleagues in October from another former staff member, who did not return numerous phone calls, which described the workplace as “horribly toxic in every way”.

Another former employee contacted by InDaily said they had no issues with Hildyard, calling her “passionate and hard-working”, but saying they were “aware of other people that have had issues… but that’s none of my business”.

In an unrelated letter sent by one former staff member to another, a draft of which has been seen by InDaily, another employee claims to have “witnessed and experienced abusive behaviour, bullying, and emotional manipulation from the Member of Parliament for Reynell, Katrine Hildyard”.

Hildyard herself has strongly denied the claims, in a statement rejecting “any suggestion that my behaviour has been of this nature”.

“I am unable to discuss individual employee matters, however I take these claims very seriously.

“I have spent my life fighting for workplaces to be free from the types of claims suggested.

“People can judge for themselves the timing of these allegations.”

Weatherill today said he had “not seen the nature of the [original] complaints”.

“All I do know is they’ve been referred to the relevant employer [the ASU] where they arose from and [Hildyard’s] dealing with them and she’s denied them,” he said.

He said the allegations were “not contemporary” and “there’s been no formal complaint made to us”.

“I think people have to make their own mind about why these matters are emerging now after all these years, the fact nobody puts their name to them, the fact they’re non-specific complaints… the idea you could give serious coverage to this in the lead-up to an election, when people’s reputations are at stake… I think is completely inappropriate,” Weatherill said.

He described the letter sent to his office as being from “an unnamed person that can’t name the nature of the complaints that emerge two days before the election”.

While InDaily has chosen not to name the original complainant, her name was included in the letter to Weatherill, with her email address and mobile phone number provided. 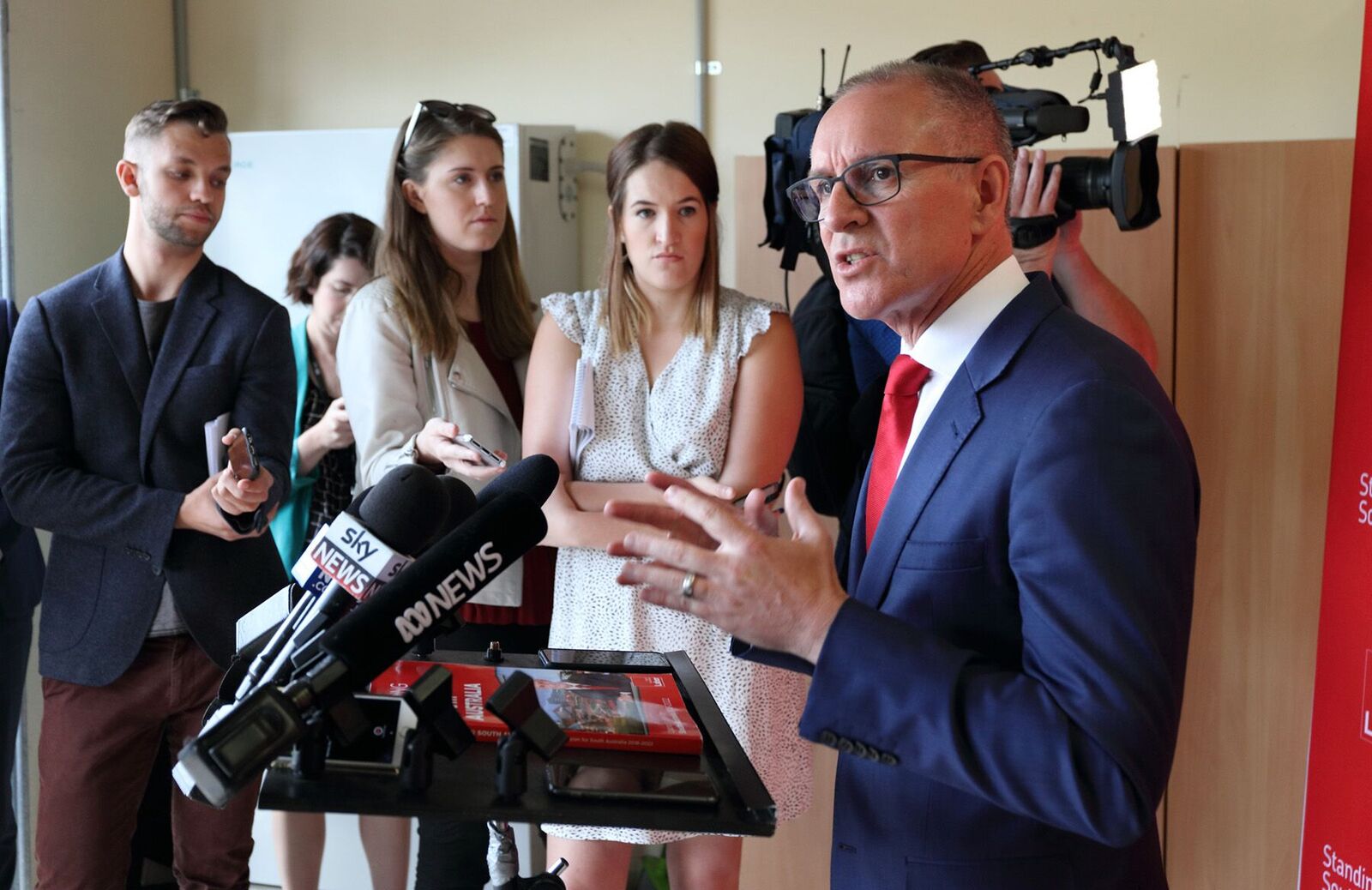 She further said in the letter that she had decided to document her experiences earlier last year and “sent that document to [federal Labor MP] Mark Butler in his capacity as ALP National Secretary and former [Progressive Left Union and Sub-Branches faction] convenor”.

Butler has not responded to several questions sent to his media adviser earlier this week, including whether a former ASU employee had raised concerns with him about the workplace behaviour of Katrine Hildyard and what action he took if so.

Weatherill did not address the matters raised by former electorate office staff approached by InDaily, whom InDaily has also chosen not to name.

InDaily has today seen correspondence suggesting a workers’ compensation claim was lodged by a former member of Hildyard’s electorate office staff in August 2015.

Referring to the original letter to his office, Weatherill said: “What we’ve done is referred the matters to the relevant authorities – Safework SA. We’ve offered to support people to take the matters further… if they’ve chosen not to, it’s a matter for them.”

“The matters have been sent to the relevant employers to deal with [and] support has been offered for people to make formal complaints – they’ve chosen not to,” he said.

Treasurer Tom Koutsantonis was also quizzed about the matter yesterday, saying the claims were “historical” and “I understand Katrine’s denied it”.

Asked if that meant the allegations were false, Koutsantonis replied: “According to Ms Hildyard, yes.”