AHA General Manager Ian Horne told InDaily that the festival venue continues to attract customers that would otherwise be drinking at city and suburban hotels in this, the Royal Croquet Club’s fourth year running.

But he says its relocation to Pinky Flat last year, on the banks of the River Torrens, away from its original location in Victoria Square, has led to a general acceptance among hoteliers that it is now “part of the furniture” that was challenging them to improve their offering – which was a win for consumers.

“The Royal Croquet Club in its first couple of years was such … a vacuum … hoovering up hospitality dollars,” Horne said.

“The industry, generally … all had major concerns with the concept.

“There’s an acceptance and an accommodation of it (now).”

He said hoteliers had had “this overwhelming sense that the Adelaide City Council, rightly or wrongly, had given too many concessions (to the Royal Croquet Club)” but that they now felt more comfortable.

He said Lord Mayor Martin Haese had been in discussions with hoteliers and that “we’re satisfied that they put in place a fairer arrangement”.

Horne has spearheaded campaigning against the Royal Croquet Club in the past, arguing its presence was threatening the viability of local pubs and hotels by monopolising thousands of revellers’ alcohol spend on Friday and Saturday nights during festival season.

But Horne told InDaily this morning the industry was calling a “truce”, and that it was a “good thing” that festivalgoers were “voting with their feet” to attend large events like the Royal Croquet Club, Gluttony and the Garden of Unearthly Delights, citing benefits to the South Australian economy.

He said those events had challenged Adelaide hoteliers to up their game.

“The masses will vote with their feet,” he said.

“They’re going to these events … and that’s a good thing for South Australia.

“The big winner out of it at the end of the day is the consumer.”

“It’s important for all those in hospitality to support one another in a place like Adelaide,” he said in a statement.

“I have a unique perspective to be able to grasp the effect of the Fringe on both the bricks and mortar venues as well as the temporary hubs.

“It’s an ever-changing landscape that means all of us must keep evolving and bettering our offering.” 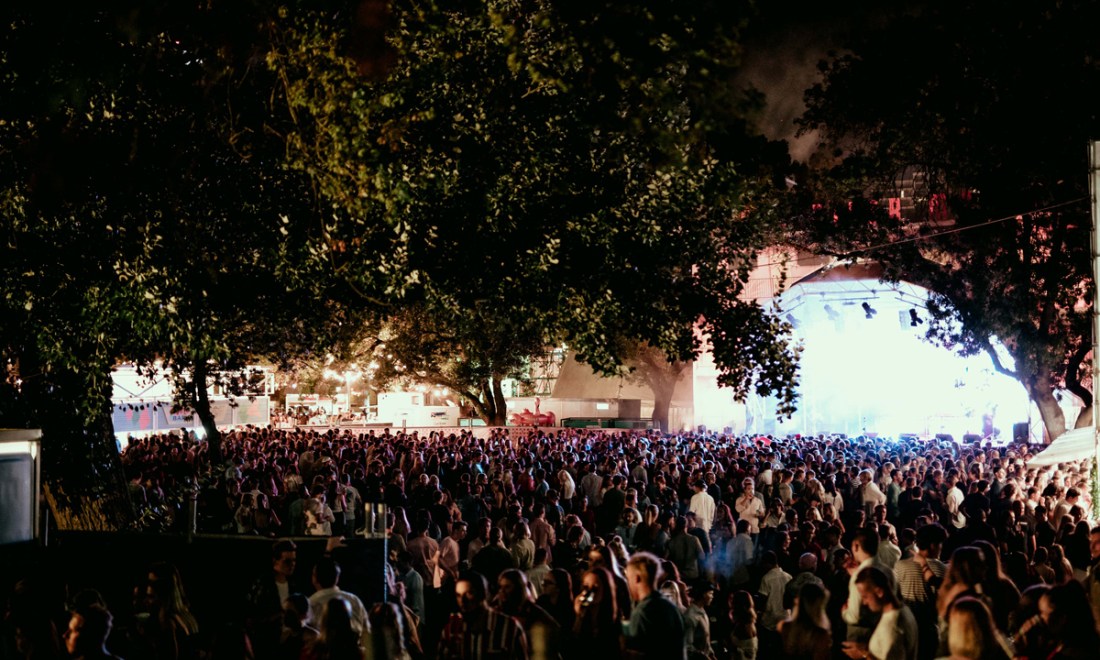 He said this year’s event was “going great guns”.

“We love our new home on the water and have been blown away by the support from Adelaide and artists alike.

“We’re really proud about activating this area and growing the Fringe beyond … the East End.”

Adelaide Fringe Director Heather Croall told InDaily the festival was on track for another record year in terms of ticket sales.

She said she was expecting about 700,000 tickets to be sold by festival’s end, adding that just under half of tickets sold at last year’s Fringe were for smaller-scale shows.

Maras Group managing director Steve Maras told InDaily this year’s Fringe Festival had been “one of the best on record” for East End traders, adding that newly installed lighting over Rundle Street had been “a massive hit creating a new found vibe and ambience”.

Horne added that his members relied on a lucrative festival season each year to remain viable during less profitable parts of the year.

Some pubs had failed to make the transition from a traditional to a more modern offering for customers, he said, but by now many had, and they were reaping the rewards.

Haese had echoed the AHA’s concerns about the Royal Croquet Club during his mayoral election campaign in 2014, suggesting it posed an unfair risk to the ‘bricks and mortar’ businesses of surrounding districts. Later that year he questioned whether the event was “just a giant bar”.

But in January, the Adelaide City Council agreed to grant a licence for the Royal Croquet Club to operate on Pinky Flat during festival season this year and for the next four years – a move Haese supports.

As InDaily revealed at the time, investors threatened to withdraw from the takeover of the Royal Croquet Club if the council declined to approve the extended licence.

The event runs until the end of the Adelaide Fringe Festival on March 18.