The Weatherill Government refused to give Commissioner Bruce Lander’s investigation any Cabinet documents – or even acknowledge whether any existed – relating to the Oakden Older Person’s Mental Health Service.

This morning, SA Best Leader Nick Xenophon called for amendments to the ICAC Act to force any Government to reveal Cabinet documents requested by the commissioner, and the Liberal Party committed to releasing any such documents without a change to the law.

Xenophon also wants the definition of maladministration broadened to make ministers of government culpable if they ought to have known about maladministration in their departments, even if they did not know about it.

Lander yesterday released his report into the facility, making findings of maladministration against five managers and clinicians who worked in the Northern Adelaide Local Health Network at the time – and against the clinical network as a whole.

He exonerated ministers and chief executive officers within SA Health of culpability for the mental health care disaster at the facility – where patients were abused and poorly cared for – because a culture of cover-up prevented them from knowing the full extent of the horrors endured there, over more than a decade.

Lander’s investigation had to proceed without the benefit of any relevant Cabinet documents because the Government refused to release them, but his report says it would be inappropriate to criticise that decision and the Government relied on a section of the Ombudsman’s Act to justify it.

Xenophon said it was “an absolute disgrace that the Government refused Commissioner Lander’s request for Cabinet documents in an inquiry involving the starving, neglect and abuse of highly vulnerable elderly South Australians”.

He said the current legal definition of maladministration gave ministers incentives to be ignorant of what is going on in their departments.

“The current definition of maladministration is not only too narrow, it provides an incentive for ministers to be ignorant of what is happening in their departments,” said Xenophon.

He said the ICAC Act should change so that ministers “can no longer claim ignorance as a defence”.

“The new definition (of maladministration) would also apply to ministerial advisors and departmental staff, with a positive obligation to report serious matters to the highest level,” he said.

“Ignorance must not be an excuse.”

But Weatherill told reporters this morning that releasing Cabinet documents and changing the definition of maladministration would make government unworkable.

“In the modern administration of very large and complex agencies there are paid professional chief executives that are administering Government (departments) that have 100,000 employees (undertaking) millions of episodes of care and interaction with the community,” Weatherill said.

“The notion that something could go wrong deep within an agency and that should be the direct responsibility of the minister is absurd, and that’s why that (proposal) has been rejected.”

Liberal Party deputy leader Vickie Chapman said Weatherill had been “complicit in the cover-up of evidence” by refusing to release Cabinet documents to Lander’s Oakden investigation.

She told InDaily a Liberal Government would commit to releasing any document requested by the ICAC.

“We’re prepared to do that,” she said, adding that the Government had dumped its policy that allowed the release Cabinet documents to the Auditor-General, following the ICAC investigation into the Gillman land deal.

Chapman told a press conference this morning that “the people of South Australia … must have a government that does not consider (itself) above the law”.

“If the Premier had any shred of decency, he would resign,” she said.

“If he doesn’t, then the people of South Australia will have the opportunity on March 17,” she said.

The families are broken. Yesterday’s release of the @ICAC_SA report is sickening reading. Our trauma and suffering in black and white. We must see justice. A minister SHOULD know but has to WANT to know. Choose wisely in 17 days. #savotes2018 #Oakden #agedcareshame

Chapman did not go as far as endorsing an expansion of the definition of maladministration to include circumstances in which a minister ought to have known about their department’s failures but did not know.

However, she said her leader, Steven Marshall, would sack any minister who did not know about a disaster like Oakden occurring within the department for which she or he is responsible.

Weatherill emphasised that Lander declined to criticise the Government for not releasing Cabinet documents and claimed “they would have illuminated nothing” anyway.

“The only way Cabinet ministers present things to Cabinet is from their own knowledge, and what he (Lander) had full access to was everything that Cabinet ministers were told by their agency,” said the Premier.

“Cabinet ministers were not told of the extent of abuse or neglect.

“Cabinet can only be informed by Cabinet ministers – therefore Cabinet could not have known about these matters.”

He said opening up Cabinet documents – especially without revealing the context of the discussion of those documents in Cabinet – would undermine the function of government.

“People that are advancing this … just demonstrate their complete lack of understanding about the way in which government works and it would make government unworkable,” he said.

“Once you start looking at documents … you breach the notion of Cabinet confidentiality and you weaken the notion of collective responsibility.

“Therefore you weaken the notion of effective and workable government.”

Weatherill endorsed all 13 of the recommendations in Lander’s report and announced a special investigations unit to look into claims by families that their relatives have been abused in state care – including in circumstances where the police believe there is not enough evidence to investigate further. 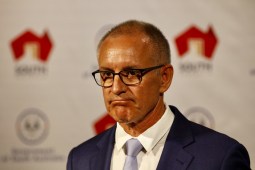 Health Minister Peter Malinauskas said he would instruct SA Health to report regularly to him on how staff members in mental health facilities were being reminded of their responsibilities to patients.

Malinauskas also said he supported the use of CCTV cameras in common areas in state-run older persons’ mental health facilities – and that the cameras were already operating in the replacement facility for Oakden, the Northgate Aged Care facility.

He said the Government received notification of a complaint about a staff member at Northgate last week, and that the person had been suspended.