GetUp!, which is claiming credit for a “seismic shift” in Queensland, says it can wield similar influence on the March 17 South Australian poll – shaping as a three-cornered contest between Labor, the Liberals and Nick Xenophon’s SA Best.

The organisation has emailed local members, encouraging them to fill in a survey about campaign priorities and preferred tactical approach.

“The power of our movement to fight for what we believe in — and win — has never been greater,” the email says, in reference to its Queensland campaign.

“Now it’s South Australia’s turn. The next state election will happen on March 17, which means we have three months to work out what we want, and how we’re going to get it.”

Despite the upbeat rhetoric, a GetUp! spokesperson says the survey will help the organisation decide whether to campaign in SA at all.

The spokesperson said GetUp! didn’t campaign at the previous state election in 2014.

During the Queensland campaign, Premier Annastacia Palaszczuk removed her government’s support for a concessional taxpayer-funded loan for the giant Adani coal mine proposed for the Galilee Basin.

GetUp! ran hard on the issue, with anti-Adani protesters shadowing candidates at events throughout the campaign.

“Here’s what happened: after months of unrelenting pressure, Queensland Premier Palaszczuk made an election pledge to veto coal miner Adani’s billion-dollar bailout,” GetUp! tells its South Australian supporters. “Then, in just three weeks, we mobilised a massive effort to lock-in that hard-won victory at the polls.”

Labor is poised to take the Queensland election by a slim margin, despite predictions it would struggle to hold on to power.

In South Australia, GetUp! is flagging a focus on renewable energy, but is also asking members whether it should run against fracking and “resisting the far right”, among other issues. 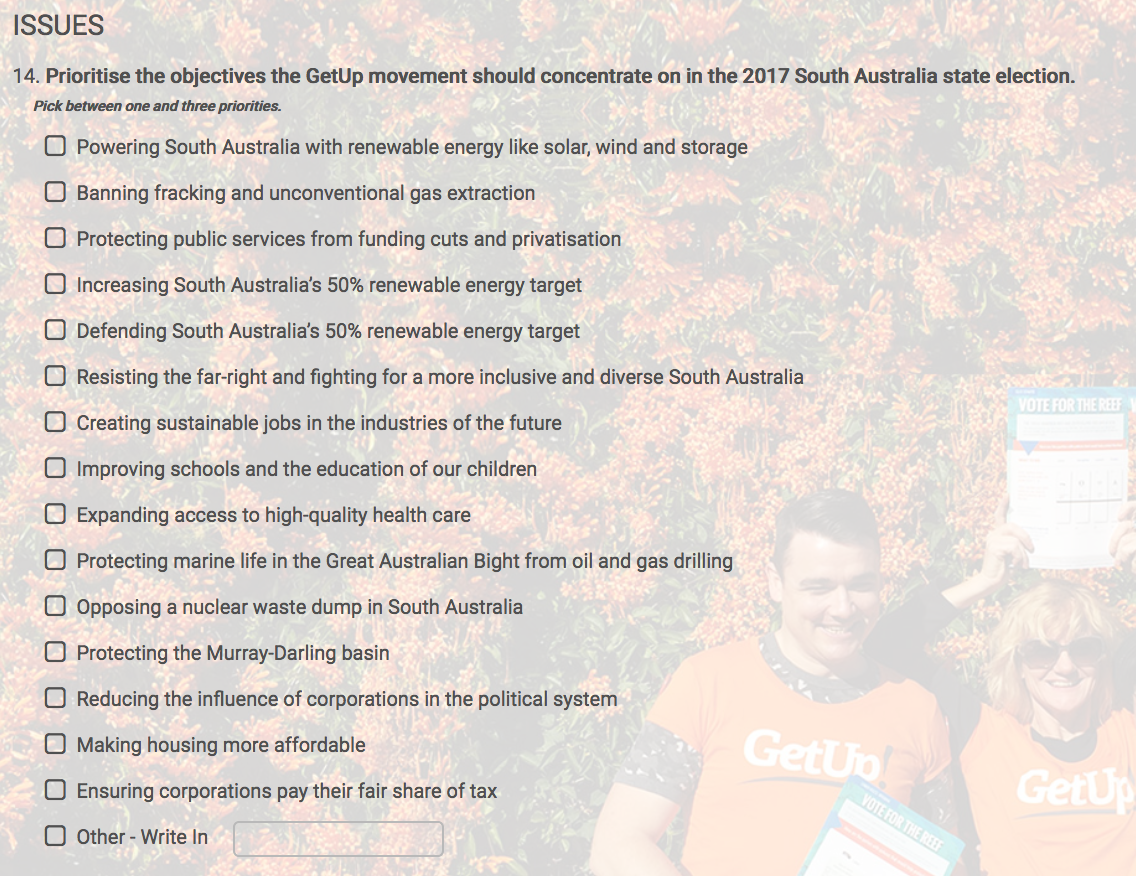 A screenshot from the GetUp! survey of local voters.

On the face of it, the agenda would seem to favour Labor, but the survey raises questions about the incumbent Government’s pro-fracking, pro-gas agenda, and paints Xenophon as anti-wind energy. It also asks for members’ views of the Liberal policy to abolish the renewable energy target.

“They (Liberal MPs) might be worried that GetUp! … may undermine the Liberal narrative around renewable energy,” she said.

“Generally, GetUp! has been more sympathetic to Labor and the Greens.”

She said Premier Jay Weatherill was in a position to benefit from the organisation’s influence in the election.

“Just as well for Jay that he’s no longer wedded to the nuclear waste dump, isn’t it,” she said. 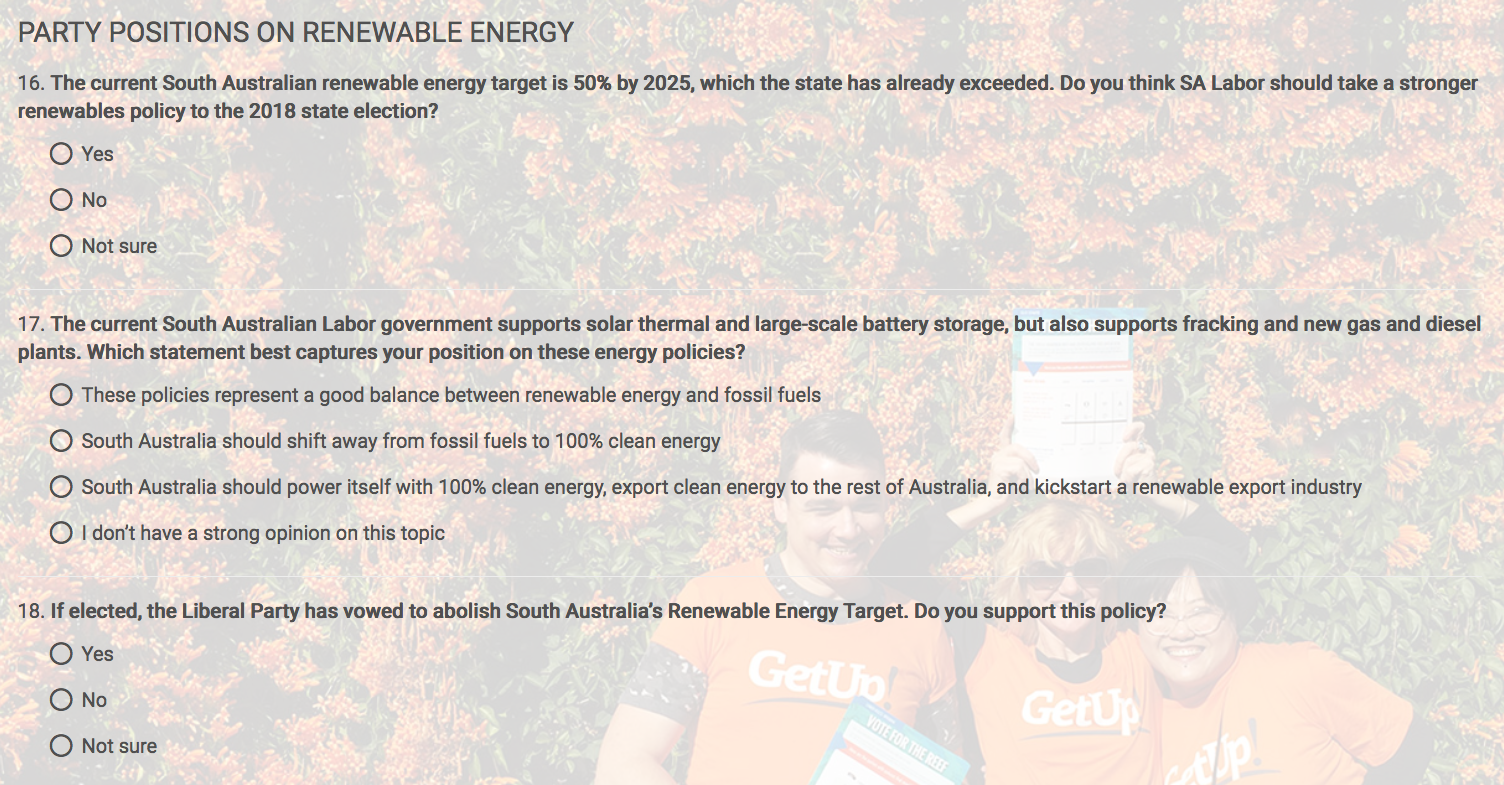