Andrew McEvoy told InDaily the State Government should legislate make the Riverbank Authority the sole decision-maker for the area, stripping the council of power over it.

“The State Government should legislate to make it (the river and Riverbank) a precinct with a single authority, which means that decisions can be made without council involvement,” said McEvoy.

Asked whether his proposal would remove all of the city council’s powers concerning the river and the Riverbank, he responded: “Correct.”

He argued that the council’s decision-making process was “not doing the people of South Australia justice” in the precinct and that: “It’s my view that they (councillors) are not very easy to work with.”

“I haven’t seen them add value (but rather) slow things down.”

McEvoy described the comments as “petulant” and “uninformed”, and argued the council was impeding progress by failing to listen to experts.

“I thought that performance was petulant grandstanding,” McEvoy told InDaily.

“What council (is) doing now is simply holding up … the next phase of what is a fantastic project for Adelaide and South Australia.

“If they continue to simply throw out subjective views that frustrate the process, I think the State Government’s got to find another way.”

Mullighan told InDaily in a statement that while the Government has an “excellent working relationship” with Lord Mayor Martin Haese, he shared McEvoy’s frustration.

“I’d like to think that legislation wouldn’t be necessary, but if this type of behaviour continues the Government may consider it,” Mullighan said.

“The State Government has an excellent working relationship with the Lord Mayor and as a result we have managed to deliver many jointly funded initiatives including the tram extension, laneways upgrades, cycling infrastructure and the revitalisation of Park Lands.

“These jointly funded projects are worth tens of millions of dollars, but when it comes to projects solely funded by the State Government, some Adelaide City councillors consistently oppose each and every proposal.”

Mullighan said he would be seeking a meeting with Haese.

McEvoy stressed that Adelaide City councillors were “good people … trying to do the right thing”. 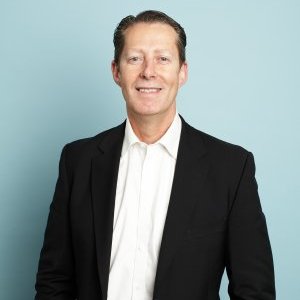 However, he said the Riverbank Authority – and the design firm, Cundall, that won the tender for the lighting project – had significant expertise in public realm design, activation and tourism, and councillors should respect that.

“Because you get the title (of councillor) doesn’t make you the expert,” he said.

“Everyone can have an opinion that’s subjective, but that why we have experts in the field.

“They (councillors) should be allowing the people that have the expertise to get on with the job – including their own staff.

“The State Government should look at legislating … so that experts can get on with the job.”

The Adelaide City Council is responsible for the care, control and management of the majority of the Adelaide parklands, including the River Torrens.

At one point during Tuesday’s meeting, South Ward councillor Priscilla Corbell performed a Google Images search on her mobile phone and showed it to the project proponents – Renewal SA’s Adelaide Riverbank project manager James Finnis and Cundall engineer Nick Stokoe – from across the room, suggesting that a lighting design inspired by reeds could involve water droplets.

“I actually just did a quick Google search, and (lighting designs can include) little water droplets and there’s all kinds of things you can do with spires and reeds and different things you can do on the ends,” she said at the time.

“We can’t have these arbitrary views (expressed, and …) people Googling things,” McEvoy said.

“It’s uninformed, it isn’t productive and I don’t think South Australians should have to put up with it.

But Lord Mayor Martin Haese hit back this morning, rejecting the call for his council to be stripped of its powers over the Riverbank precinct and telling InDaily Renewal SA had failed to consult city councillors about the project early enough.

“Ambit claims about taking the ccity council out of the planning process (for the Riverbank precinct) altogether are completely unwarranted.”

“I think Mr McEvoy is overreacting.”

The three design options for the lighting project, presented to city councillors this week. Image: supplied.

Another design for the proposed Riverbank lighting feature. Photo: ACC

A rendering of one of the designs for the lighting feature project. Image: Renewal SA

Haese said the problem with decision-making concerning the river was that there were many authorities involved, all with unique interests – but that did not mean the council should be cut out.

“(The) source of this problem is that there are too many chefs in the kitchen,” he said.

“That’s a lot of groups with their own interests.”

Asked whether the logical extension of his view was that removing one “chef” – i.e. the city council – from the process would improve it, Haese told InDaily: “I’ll leave that up to conjecture.”

He defended his councillor’s right to express forthright views in the council chamber.

“The councillors needs an ability to provide an opinion,” he said.

“We’re not against this project … (but) we expressed our opinion that from the design perspective, it was a little underwhelming.

“We’ve got every right to express that view … I’m not going to criticise my councillors for expressing their opinion.

“Design is a subjective matter.”

McEvoy said that city council staff – executive staff – had been thoroughly consulted throughout the decision-making process for the lighting project to this point, but Haese said that wasn’t enough.

“The council’s staff are there to work at the direction of the elected body,” said Haese, adding that there would have been no problem if the council had been brought into the tent earlier.

“This matter was brought to the council members’ (…attention) very late in the process,” he said.

The council will reconsider the Riverbank feature lighting project at a meeting next Tuesday.