The South Australian senator is the third Xenophon-aligned MP to be caught up in the citizenship scandal, revealing she discovered her dual nationality just last week, and had it confirmed through independent legal advice today.

The matter will be referred to the High Court to determine who replaces the former staffer to Nick Xenophon – who himself quit the Senate last month amid concerns about his own citizenship to run for state parliament. He was subsequently cleared by the High Court to remain in federal parliament if he had chosen to.

In an awkward twist, the next-in-line on the NXT senate ticket was Tim Storer – who is no longer in the party having recently fallen out with his former colleagues when he challenged the elevation of staffer Rex Patrick to fill Xenophon’s casual vacancy.

“Today I have received confirmation that I am a dual citizen as I have inherited British citizenship from my mother,” an emotional Kakoschke-Moore told reporters at her Grenfell St office, flanked by Xenophon and her husband Simon.

“I am heartbroken by this news.”

Xenophon said he had a “heavy heart” and was “devastated by the news”.

“All my colleagues are devastated.”

Kakoschke-Moore intends to recontest her seat at the next federal election, saying: “My time as a senator has been the most fulfilling of my life.”

“This party is my passion, serving the people of South Australia is my passion… I have unfinished business as far as I’m concerned,” she said, ruling out following Xenophon into state politics.

“I’ve always loved the Senate… at this stage that’s where my ambitions lie.”

He said the rebadged SA Best party had received “preliminary legal advice” but that determining a replacement senator was “uncharted” territory, “whether it’s a count-back or some other legal mechanism”.

“It’s a complex legal issue… there are a few issues there,” he said.

But he was diplomatic about Storer, an Adelaide businessman, whom he called “a good bloke [that] I’ve known for a number of years”.

“There are issues there about him not being a member of the party [and] I think at this stage it’s unclear what the position is… there are some important legal issues that need to be determined,” Xenophon said.

“I’m suggesting we’ll get appropriate legal advice, as I’m sure other parties will.

“Tim is a very good man [and] I’m very happy to catch up with him for a cup of coffee at any time… it was a difficult position when he had lawyers acting, and I couldn’t technically contact him.”

Storer has not responded to inquiries from InDaily. 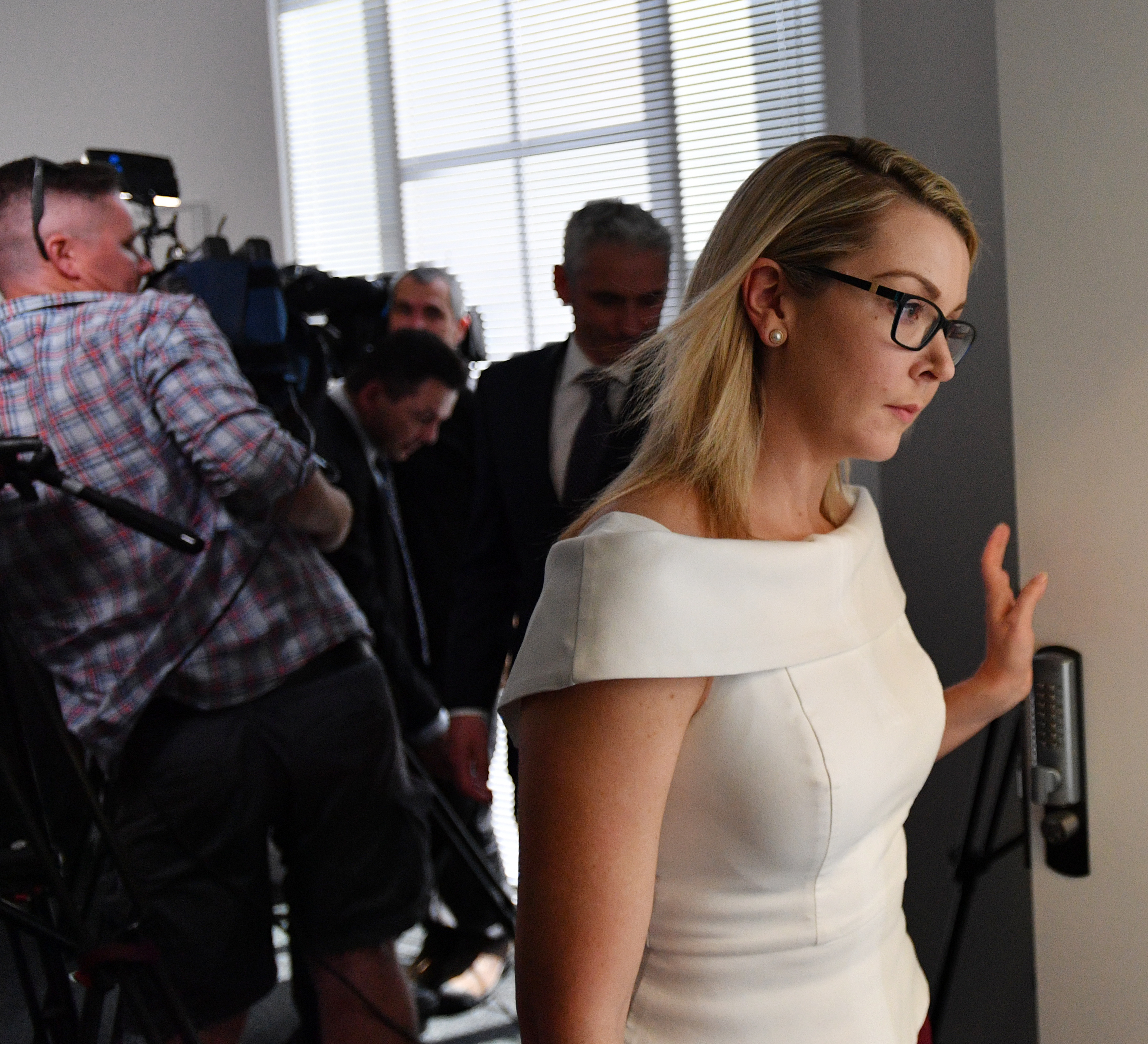 In a detailed statement, Kakoschke-Moore explained her mother was born in Singapore in 1957 to British parents and migrated to Australia in 1970.

Kakoschke-Moore, whose father hailed from SA, was born in Darwin in 1985.

“It was my understanding for my entire life that I was not eligible for British citizenship due to this rule.”

Indeed, she emphasised that her family was told she was ineligible for a British passport when she was 12 years old “because I was not eligible for British citizenship”.

However, “knowing that all senators would be required to provide information to the parliament about their family history, I approached the UK Home Office last week to obtain clarification around my citizenship status to better understand why I was ineligible for British citizenship,” she said.

“I received advice from the UK Home Office last Friday. Their advice was extremely surprising to me.

“They advised that my mother was born in the former Colony of Singapore before independence [which] gave her citizenship of the UK and Colonies under section four of the British Nationality Act 1948.

“She was excepted from the loss of this status when Singapore attained independence [in 1963] because her father was born in the UK.

“When the British Nationality Act 1981 came into force [in 1983], the net effect of all this is that my mother became a British citizen ‘otherwise than by descent’ [and] was therefore able to pass her citizenship on to any children born to her outside the UK.”

She tearfully thanked her family, staff and Xenophon himself, reiterating the words of her maiden speech that she is “not driven by politics”.

“I am driven by people… and I will not risk losing my humanity by forgetting that.

“I can assure you my next step will be driven by the same motivation.”

She said she had not sought to verify her citizenship sooner “because I had no reason to believe I was a British citizen”.

“All the information I looked at [on the Home Office website] pointed to me not being a British citizen,” she said.

Xenophon warned: “I expect that by December 4 [when parliament resumes after the citizenship status deadline], Skye will not be alone.”

“There will be many others that will be caught up.”

SA Best Mayo MP Rebekha Sharkie is also facing queries about her eligibility, given her renunciation of her British citizenship was only formally processed after she had nominated for election.

She refuses to refer herself to the High Court, but Xenophon insists her case is a “completely different set of circumstances”.