Michael Manetta, who ran for the north-eastern suburbs seat of Torrens at the last state election, has posted a photograph of a 1940s-era German shop sign on his private Facebook account.

The sign translates as: ‘Jews are not served here.’ 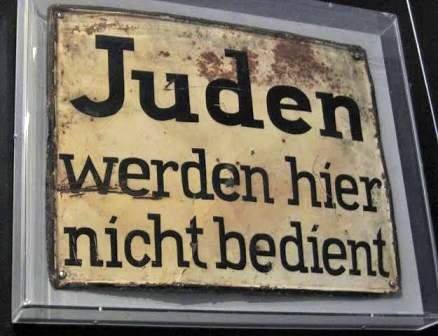 Manetta wrote that the message could be seen as “a sign for the proposed Patterson(sic)/Abetz amendments” to proposed same-sex marriage legislation, after a national survey last week delivered a comprehensive 61.6 per cent vote in favour of gay marriage.

Parliament is considering a private members bill by Liberal moderate Dean Smith, but his colleague James Paterson last week put forward his own proposed legislation, which contained a raft of protections for religious objectors to same-sex marriage.

He later dropped his bill, but vowed to pursue amendments – backed by conservative colleague Eric Abetz – to the Smith bill.

Another prominent right-winger – former frontbencher Kevin Andrews – last week suggested on Sky News that bakers or florists should be allowed to refuse service for certain weddings “if that’s the conscientious religious belief of the people providing the service”.

“[Conversely] I don’t have a problem with a gay baker saying ‘I don’t want to bake a cake for a heterosexual wedding’,” he added.

“This goes to fundamental religious beliefs, beliefs of conscience.”

. @kevinandrewsmp : A Jewish baker should be able to deny an Islamic customer a wedding cake and vice versa. MORE: https://t.co/wX3tAbXkD4 pic.twitter.com/5lIekTmeRS

Manetta, a prominent Adelaide lawyer and member of the SA Liberal Party’s moderate faction, said the anti-Jewish sign was “perfectly adaptable for the use of the conscientiously conflicted bakers and wedding-planners who cannot bear to let gay people buy stuff from them”.

“This is what happens when the law allows people to refuse service to a whole class of the community based on a genuine and deeply-held ideological belief about their morality,” he wrote.

“Can [they] really have forgotten so soon the lessons of history? I am frankly staggered that Patterson (sic) and Abetz do not understand the seriousness of their dangerous gambit or, if they do, that they have managed to attach themselves to the Liberal Party of an advanced Western democracy.” 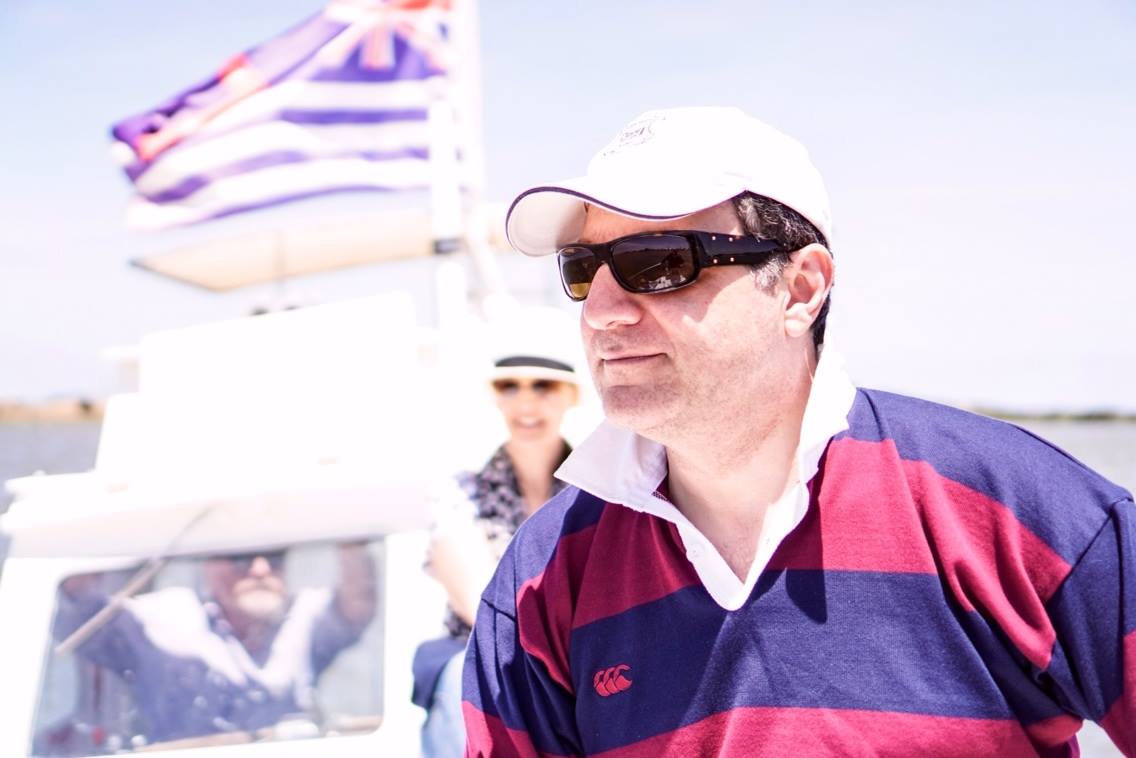 He said both senators should follow SA defector Cory Bernardi – who quit the party to found the Australian Conservatives this year – “at the earliest opportunity”.

A spokesman for Paterson said he would not respond to Manetta’s post, while Abetz’s office has not responded to inquiries.

Manetta is friends with several prominent Liberals on the social medium, including deputy leader Vickie Chapman and frontbenchers John Gardner and Michelle Lensink.

None of the Liberals liked the post, but it received support from several people, including prominent legal figures Alex Ward and Claire O’Connor.

Manetta told InDaily the post reflected his “personal views” but he didn’t believe the proposals to allow refusal of service would have “broad support in the party”.

“I don’t speak for the party [but I don’t support] a suggestion of officially tolerated discrimination of that kind,” he said.

“I, in common with a lot of members of the Liberal Party, have a view that certain right-wing members of the party don’t properly express Liberal principles…

“Certainly the suggestion that any commercial business that holds itself out as providing services to the public should be entitled to discriminate between customers based on a moral perception is to my mind completely contrary to everything the Liberal Party stands for.”

While there is no suggestion of any support for Nazi beliefs, Manetta said he felt the point raised on his Facebook profile was “well made”.

“It’s exactly what happened in Nazi Germany: people had an ideological view that Jews were bad, and they were entitled to discriminate against them in terms of service…

“I think if people thought about it more carefully they’d realise that’s not an issue that has anything to do with legitimate protection of religious freedom.”

He said he had “confidence ultimately in the party being able to work these things out in the partyroom and the parliament”.

“But to the extent they find public expression, that shouldn’t be met with silence,” he said.