Hundreds of Holden enthusiasts came with their flags, their branded shirts and their beloved vehicles – some very old and some very new – to farewell Australia’s last carmaker today.

For some, the factory has meant everything.

“I have one kid with a woman that I met here, so for me everything I’ve got pretty much is from this place.

Wright, 42, had worked for Holden for almost half his life, climbing up the ladder.

“I’d worked on general assembly from the VR Commodore in 1995 through till the VF commodore 2015,” he says.

“I was a work group leader; worked in nearly every single plant here over the years, made it to supervisor. And then, of course, we had the terrible news.

“(Holden) gave me everything that I’ve got today pretty much. 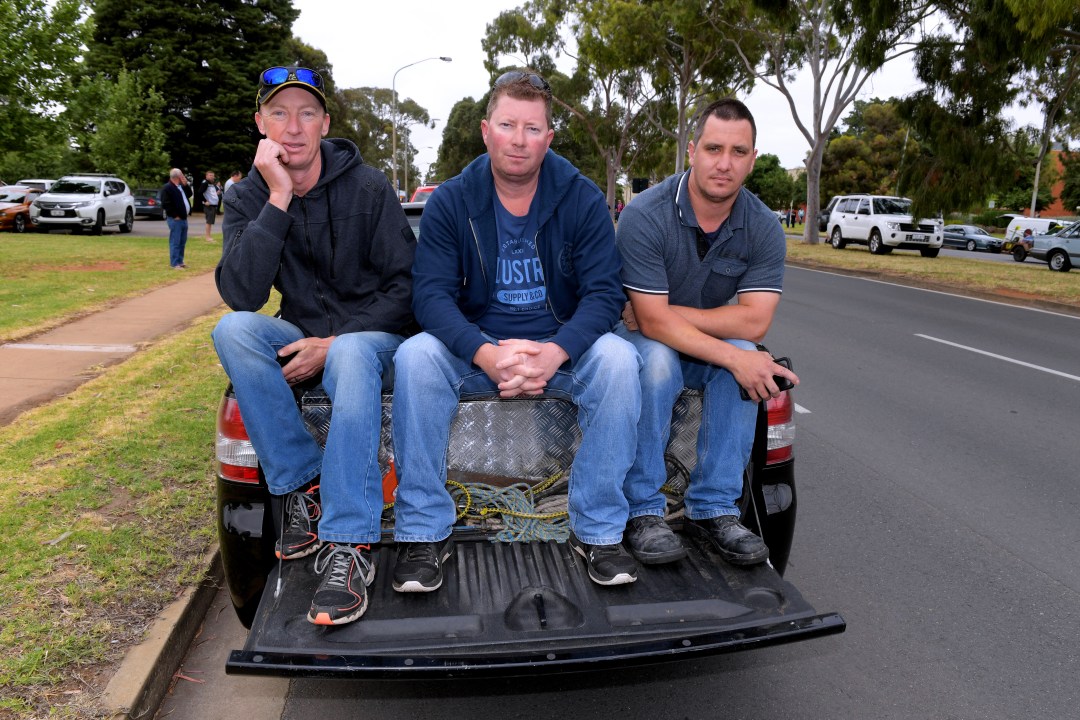 Wright now works at a horticulturalist for the local council, the City of Playford, but he fears for his mates leaving the factory today.

“It’s going to be really brutal, and I guess we’re not going to see the effect until probably six months – two years even, when people’s money runs out,” he says.

“It’s massive in the community… there’s a real passion around this place.

“I think that it will recover… we’re just going to have to go through the shock of what’s happening now.”

He adds: “It might be a year or two or getting on it’s feet… hopefully some big businesses will come in here, sooner rather than later.”

Kelly Checker worked as a spot-welder at Holden for a decade but left when she became pregnant with her daughter Skyler, worried about the fumes.

“A lot of my family are Holden. It’s very sad for all of us,” she says.

“I made a lot of friends here; some have left, some made it to the last day.

“My area was very heavy (with) fumes and… I was very unsure if it was toxic for pregnant girls to breathe in.

“She’s nearly two – when I left I was already pregnant with her.”

Checker came down today to show her daughter what it looks like “before anything changes” at the factory where she earned the money to buy house and a car. She finished up at Holden in 2015.

“They gave me the choice to leave on my own terms so I decided that was probably the best thing,” she tells InDaily.

“At the moment I’m a stay-at-home mum, and when she (Skyler) is old enough to go to kindy I’ll go try and look for work.”

Tony Olivastri’s father came to Adelaide from Italy more than 60 years ago.

“He was a press operator – he came here with nothing, no English, no nothing, and did very well,” he says.

“He came here with nothing, ended up saving enough to buy three houses.

To me this is the death of a history, an era of cars

Escaping war and a lack of opportunity in Europe, Olivastri’s father left to spend a quarter of a century at the Elizabeth plant.

“If you want to work hard you’ll find work here (in Australia)” was a safe bet in his father’s day, he says.

“Manufacturing, as you can see, is dead… that’s a very sad thing for Australia.

“You can see the quality of the old cars – the Torana there and the Stateman here … FCs over there.”

He loves his cars – especially his golden-hued Monaro, which has never seen a car wash, and which he keeps in mint condition.

“As a young kid, probably 15, (I bought) my first car and started dismantling bits and see how they worked,” Olivestri recalls.

“I wouldn’t go to a mechanic, I’d do it myself.

“Now I think I’ve got my son hooked as well – he loves my Monaro down there.

“To me this is the death of a history, an era of cars,” he says.

“Holdens – I’ve been living with them most of my life. 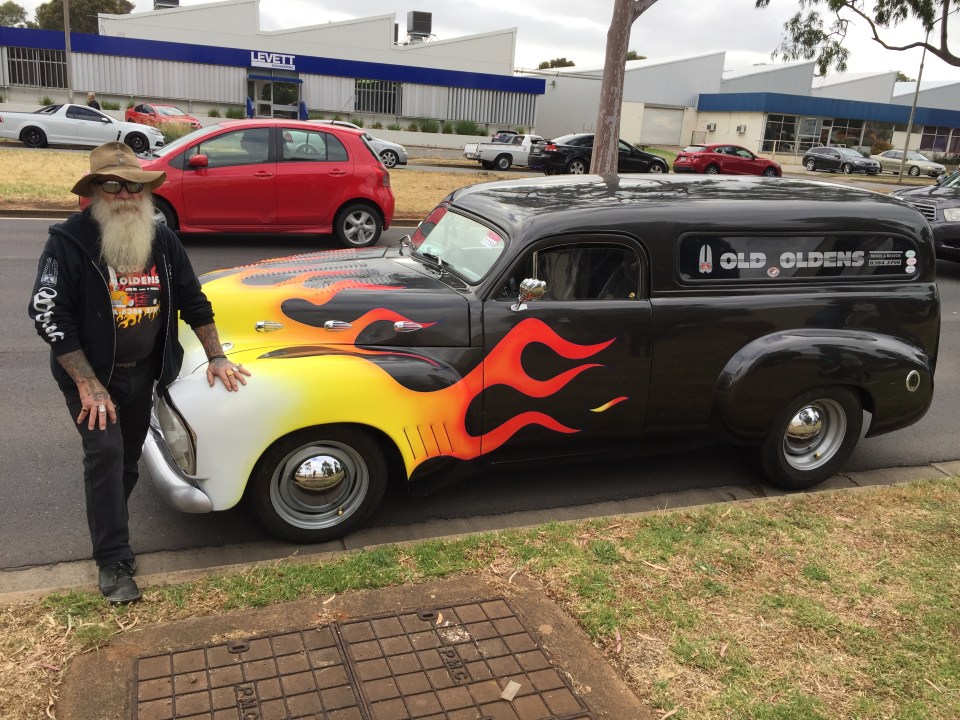 “I’ve had just about every make of Holden there has been, except for the really late models: all the early ones from FE’s to EKs to EHs, HKs, Ts, Gs, HQs – I’ve owned all of those different models.”

Showing off the carmaker’s emblem, tattooed on his hands, he tells InDaily he will keep restoring old Holdens “till I run out of parts or die”.

But he’s not optimistic about the future of Adelaide’s north in a post-Holden world.

“There’s no work out there unless you’re a computer whiz and there’s only certain jobs for computer whizzes,” he says.

“Someone that’s worked on a press all his life is not going to get a qualified job, especially if they’re 50 years’ old.

“I really think there’s going to be a lot of unemployed people – I don’t care what the government says.”

And the Government, for its part, it cautiously optimistic, with Premier Jay Weatherill today pointing out that the state has seen “continuous employment growth” in the last 24 months.

“For every job that’s been lost, we’ve replaced it – and created more,” he said.

“I don’t believe [the impact of the closure] will be as severe as once feared – but there will be some workers who won’t have a job to go to.

“My message to them and to their families is that this Government will stand by them every step of the way… we’re not going to cease that assistance until we can find a successful outcome, not just for these Holden workers but also for those supply chain workers.”

Those allied industry workers are thought to number another 1000-plus, with Weatherill declaring they collectively face “a very raw and special challenge”.

But, he added, “there’s a solid foundation” for recovery.

Weatherill said his own story, like the state’s, was inextricably linked to Holden.

“My uncle Merv worked at Holdens for 47 years, first at Woodville then Elizabeth,” he said. 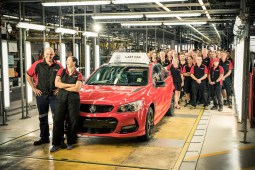 “Mum worked at a car components manufacturer just down the road from the Woodville plant… one of my best mates at school was an engineer at the Elizabeth plant.

“My first car was an HJ station wagon.

“That’s my story… but it’s also the story of many South Australians.

“Many of us have incredibly fond memories of not only the cars but also what this means to the life of the state; it created, essentially, a suburb – Elizabeth – and it’s given us the capacity to imagine ourselves as an advanced manufacturing state.

“The skills and capabilities of Holden workers have literally built our state.”