Carter made a rare appearance at last week’s senate inquiry in Adelaide, after recent reports that foreign tenderers for the $30 billion Future Frigates program will have no obligation to utilise ASC for the construction work.

He warned that ASC had long-honed “significant sovereign shipbuilding capabilities that fully support the Government’s naval shipbuilding objectives”, which would be threatened by “the Future Frigate tender process currently adopted by Defence”.

“It would be inconsistent with other countries’ practices for a first-world nation like Australia to, as its first step in establishing continuous major warship construction, let its current major warship project run down almost to a halt and then invite in a foreign shipbuilder to carry out the next major project,” he said.

“The current approach taken by the Defence Department has covered off on two key aspects of the program – the facilities and the design… the aspect that is currently missing is the capability of our sovereign Australian shipbuilders.”

The role of ASC – and its troubled relationship with its Federal Government owner – has been in the spotlight for several years as the Commonwealth has unveiled an ambitious defence infrastructure spending program.

But Carter said “the current situation, which sees ongoing progress on the Air Warfare Destroyer program resulting in a depletion of employees, prejudices the value of the workforce to the ultimate detriment of the customer – the Commonwealth”.

“We cannot expect around a thousand workers to be out of work by the end of 2019 and hope for the best, ahead of the commencement of SEA5000 [Future Frigates] in 2020, with the first frigate to be started in 2022,” he said.

“Their skills will be lost as well as their integrated value as a team… we have to look at other options right now.”

Carter said the ASC ship and sub-building workforce – “from the engineer to the electrician, the whole team” – had been “amongst the most publicly ridiculed or maligned in the nation”.

“Having spent a career in corporate restructuring, I understand that when faced with such adversity, which challenges one’s very existence, the only response can be to produce results to refute and defeat such criticism… and that is what ASC’s businesses have done,” he said.

“The businesses are delivering at close to or above world benchmarks.”

He said ASC and its shipbuilding partner Austal “have the people and the capability to ensure the next complex warship program delivers the Government’s policy as outlined in the Naval Shipbuilding Plan”.

“ASC Shipbuilding and Austal are not seeking to disrupt the Defence approach,” he said.

Rather, he noted, “the companies are proposing to subcontract or partner with the winning designer to provide a shipbuilding capability with proven experience” in delivering the US Navy’s Aegis combat management system.

“The ASC Shipbuilding/Austal approach reduces commercial, technical and cultural risk to the foreign-owned designer and de-risks the Government’s schedule to cut steel on the project in 2020.”

“The reason for ASC’s turnaround and success across both ships and submarines is our ability to work as a team, in the face of criticism, scepticism and adversity,” he said.

“It takes time to build teams.

“What appears missing from the debate is an appreciation, in some quarters, of the value of this workforce… simply putting a group of people with appropriate skillsets together does not guarantee a cohesive and productive workforce.”

Carter also made a pointed reference to recent comments by Naval Group Australia (formerly DCNS Australia) boss Brent Clark, who has publicly retreated from his predecessor Sean Costello’s assertion that “over 90 per cent” of the $50 billion submarine build would take place in Australia.

Brent told a senate hearing in June that ASC would have no role in the project, and that “quite simply, from our perspective, ASC will be consumed by DCNS”.

Carter said on Friday that ASC’s “relationship with Naval Group” was “developing slowly”, but added: “ASC will not be ‘absorbed’ by Naval Group.”

“As we have demonstrated, we can effectively work with foreign designers, including Kockums on Collins class submarines and Navantia on the AWDs,” Carter said.

“In managing Australia’s growing submarine platform workforce, we consider an expanded enterprise approach would be most effective, as the Future Submarine program grows over the coming years.

“ASC will also be relied upon to support the expansion of Australia’s submarine capability as the Future Submarine program begins to grow.”

He conceded well-documented major issues with the AWD build: “Problems arose from day one, with a constantly changing design and new workforces and with parties all seeking to attribute blame amongst each other.”

But since a “re-baselining” of the project in 2015, Carter says ASC and the AWD Alliance is “meeting all cost and schedule targets” and has “worked well with [Spanish shipbuilder] Navantia”.

“The close partnership between the two companies is indicative of what can occur with the Future Frigates,” he said.

A digital image of a Navantia-designed frigate.

Earlier in the hearing, Roland Briene – the Asia-Pacific director of the Dutch Damen Shipyards Group – noted that Australia was the only jurisdiction in the region not to stipulate the use of local workers in a naval building contract.

“The experience we have worldwide is that more and more countries are instructing us to use local shipbuilders,” he said. 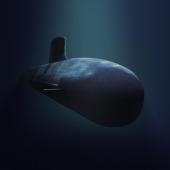 “They are all basically directing us to use local shipbuilders to build their off-shore patrol vessels and frigates.”

SA senator Nick Xenophon said the tender’s exemption was “scandalous” and had the potential to stunt the creation of an export-orientated industry, with ASC now exploring potential export projects with overseas designers in a bid to retain skilled workers.

“In other developed countries it would be unthinkable and unforgivable,” Xenophon said.

Carter told the hearing ASC Shipbuilding was “Australian owned and controlled, staffed by Australians and accustomed to doing business in Australia to Australian standards and Australian operational requirements at world benchmarks”.

“That is as good a definition of shipbuilding sovereignty as I can find,” he said.