While 3500 members of the global space industry including the heads of all the major space agencies and Space X founder Elon Musk meet at the Adelaide Convention Centre, the South Australian Museum and State Library will host several free public events.

An exhibition celebrating the career of Adelaide-born NASA astronaut Andrew Thomas will be officially launched on Friday (September 22).

His achievements include four space flights, 177 days in space, a spacewalk, and four months living in zero gravity on the Mir space station.

The exhibition will run until January 28 and includes a flight helmet and oxygen mask, a space flight suit and clothing worn by Thomas on the Mir space station.

South Australian Museum Director Brian Oldman said the Australian flag and Kangaroo Crossing sign Thomas took with him on space missions would also be included in the exhibition.

The Kangaroo Crossing sign became famous again when it inspired a cameo in the 2013 Sandra Bullock film Gravity.

“He had his own little corner of Australia up in the Mir Space Station,” Oldman said of Thomas.

“He also used to take a returning boomerang from the museum’s collection up into space with him and there are some amazing photographs that he took – there’s a picture of him in the Mir space station that he took of Adelaide as he flew over it.” 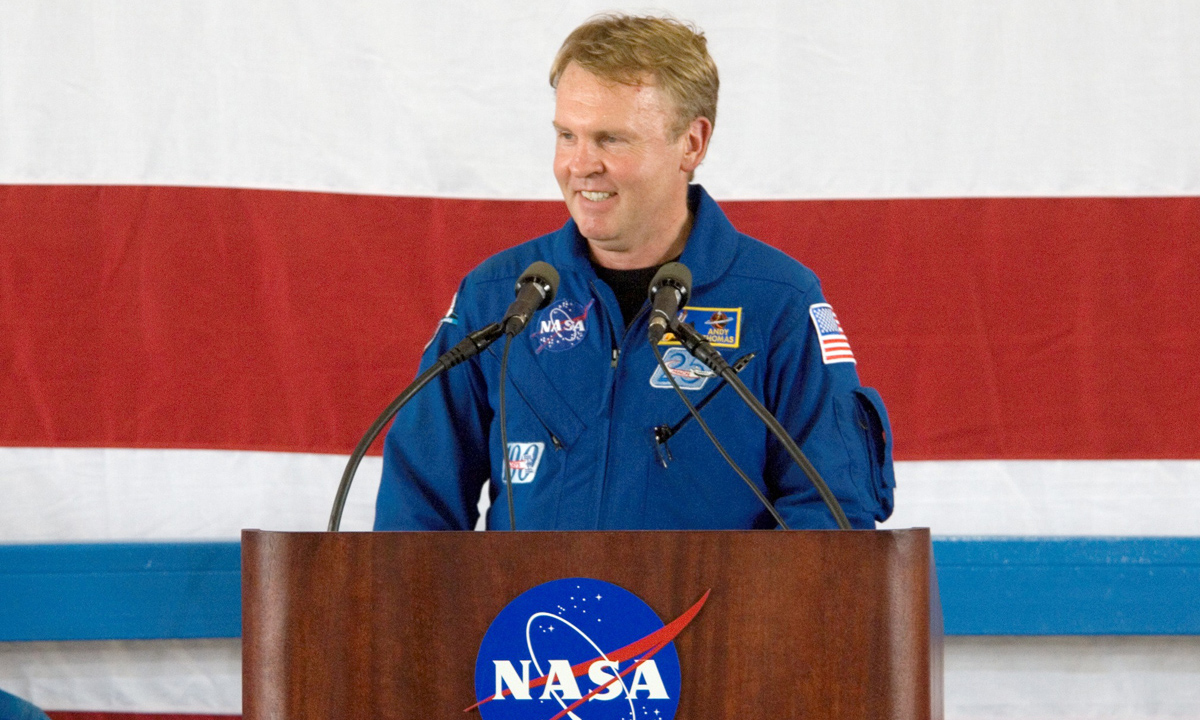 Andrew Thomas addresses the crowd after arriving back on Earth following the STS-114 mission. Picture courtesy of NASA.

Thomas will be among four speakers at the University of Adelaide’s Bragg Lecture Theatre on Wednesday, September 27, at the free event titled Making our place in space: Opportunities for Australia’s space future.

“The story of Andrew Thomas is really one of the Adelaide boy who went into space and I think we should be seeking to equally inspire young minds so they can really get a passion for something and work hard to make it happen,” Oldman said.

“I know that Andrew is very keen to inspire young people to emulate what he’s done or to go and really stretch themselves and really achieve something in life.”

The South Australia Museum is also holding Space: Eyes on the Sky display in conjunction with the European Space Agency and the University of South Australia. This exhibition includes some of the latest imagery taken from the Hubble Space Telescope paired with artworks by a group of tertiary art students that are inspired by the images.

The paired images will be displayed in large formats on the museum’s front windows. 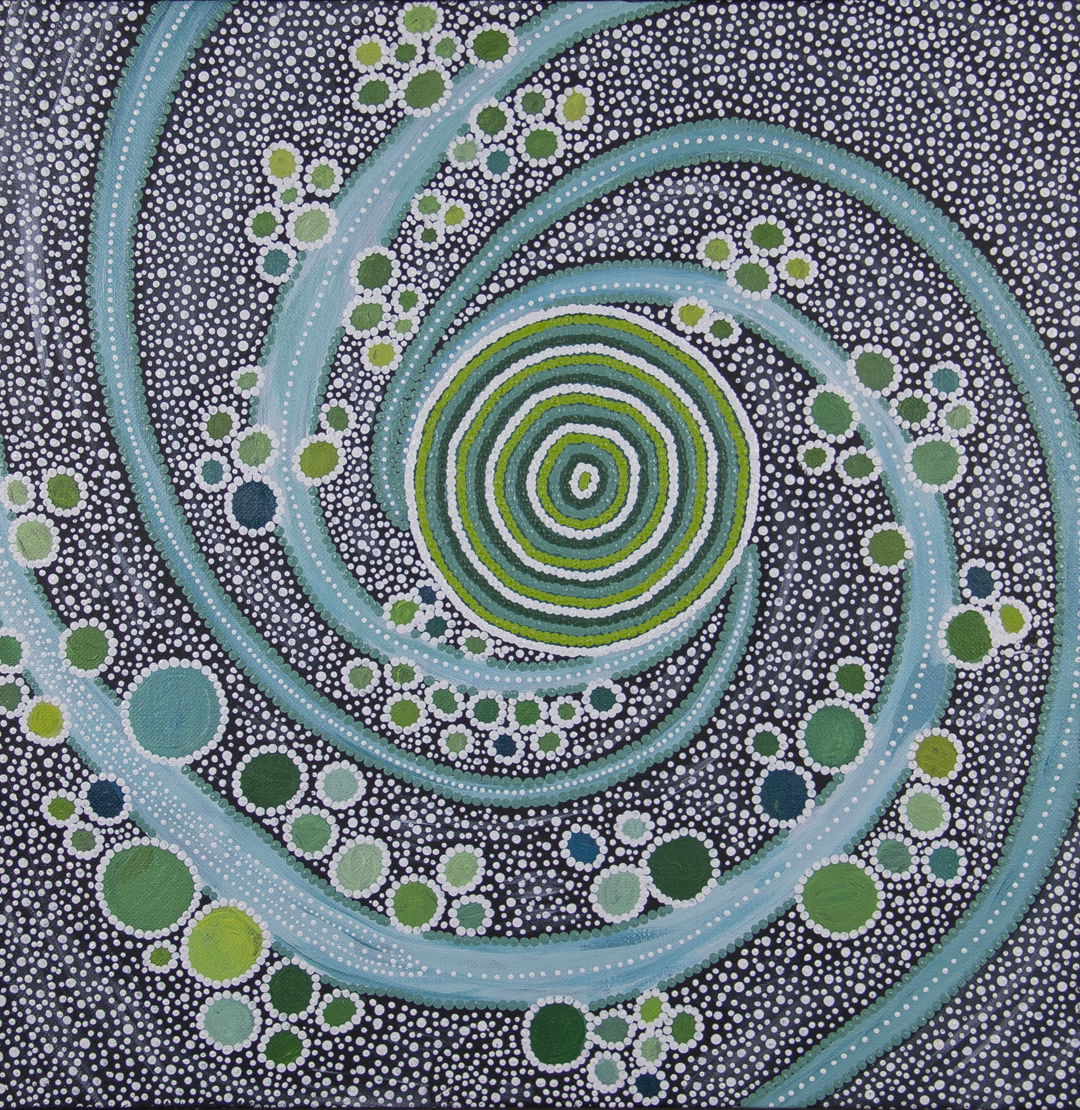 “This is going back into deep time – tens of thousands of years ago – and they’re going to depict the creation myths and the story of their culture as they see it in the night sky of the Southern Hemisphere,” Oldman said.

“To some degree these two displays counterpoint each other – with Hubble you’ve got the very latest view of what we know the universe is looking like now and then in this display we’ve got some of the oldest stories that humans have ever told.

“The conference is providing us with an opportunity to really explore space as a subject.

“We’ll also be running education programs and a school holiday program as well so we’ll really be wanting to engage with young people and families during the school holidays both this year and in January.” 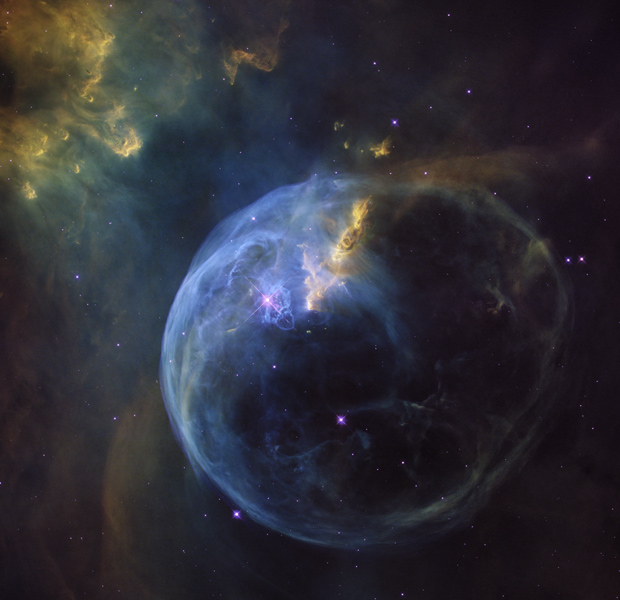 The Bubble Nebula, also known as NGC 7635, is an emission nebula located 8 000 light-years away. This stunning new image was observed by the NASA/ESA Hubble Space Telescope to celebrate its 26th year in space.

The State Library of South Australia will continue its exhibition From Outback to Outer Space: Woomera 1955 – 1980 celebrating the contribution of the South Australian rocket range to the global space race.

A free guided tour of the exhibition followed by a panel discussion at Elder Hall title My Time in Space including former NASA astronauts Tony Antonelli (Chief Technologist, Lockheed Martin) and Dr Sandra Magnus (Executive Director, The American Institute Aeronautics and Astronautics) will be held on Tuesday, September 26.

The only public access to the conference itself will be from 9am – 1pm on Friday, September 29, when the doors to the exhibition hall will be thrown open, allowing visitors a firsthand glimpse of some of the world’s biggest space companies.