Earlier this year, Weatherill ordered a review of into a string of failed prosecutions by SafeWork SA since 2010, including its case against the joint venture that managed the new Royal Adelaide Hospital site over the death of worker Jorge Castillo-Riffo – which the agency sensationally abandoned three days before it was due to begin.

Last week, SafeWork SA told InDaily – and reiterated as late as this morning – that it would keep the results of the review secret, citing “legal professional privilege” – outraging families of those killed, who described the decision as an act of “bastardry”.

But responding to inquiries from InDaily, Weatherill later this morning intervened, ordering the agency to “provide the findings and recommendations to the families and to brief them on the progress of our response”.

A spokesperson for the agency had told InDaily last week that: “The review into SafeWork SA matters has been completed, and the recommendations are being implemented (but) the report is subject to legal professional privilege and as such can not be made public.”

Asked this morning whether the agency would waive the privilege for the families’ sake, a SafeWork SA spokesperson reiterated: “…the review is subject to legal professional privilege”.

But it appeared there was nothing, in legal terms, stopping the agency releasing the review if it wanted to.

As Law Society SA President Tony Rossi told InDaily yesterday, explaining the application of legal professional privilege: “the client (in this case, SafeWork SA) can release that advice if the client wishes”.

“Legal professional privilege is a right of the client – which allows the client to freely speak to a lawyer and obtain advice confidentially.”

However it is possible that SafeWork SA is not the only party exercising legal privilege that is involved in the review.

Eric O’Neil told InDaily yesterday that his family’s lives had been “destroyed” by the death of his son Allen in 2010.

Allen O’Neil had worked on the construction of Adelaide’s desalination plant and died, aged 31, after inhaling diesel at a nearby worksite. 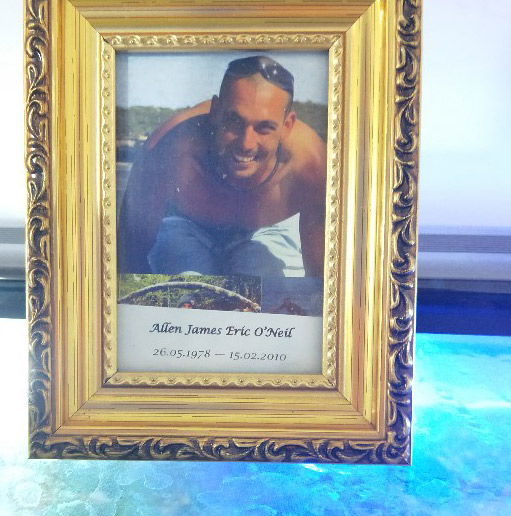 A photograph of Allen O’Neil, who died in 2010 after inhaling diesel. Image: supplied.

“When you’ve got to turn your son or daughter’s life support machine off … nobody is ever going to understand how much that hurts.

“He was on the job working … and something happened and the only one that really knows the truth now is the one that’s fricken dead.”

His accident happened in December 2009.

Eric says he buried his son on February 15, 2010 – and that SafeWork did not begin investigating until mid-March.

The workplace watchdog released a statement in August of that year, concluding after a “thorough investigation” that Allan’s injuries did not “occur as a result of a work activity” and that “the employer had relevant procedures and systems in place”.

No one was ever prosecuted over the incident.

Allan’s death is one of several, following accidents on South Australian construction sites, for which no-one has been successfully prosecuted.

“I’m just so full of hate over what happened to my son, and not one fucking bastard (has been held accountable for) what really happened,” he said.

“I will go to my grave and not be any better off, understanding any more about it.

“SafeWork has got a lot to answer for, in my case and everybody else’s case.”

Charmaine Ferraro, whose son Brett Fritsch died as a result of an accident during the construction of the desalination plant in 2010, told InDaily yesterday SafeWork’s stance was “absolutely disgusting”.

“They have got no right to withhold that information from us,” she said.

“There are too many people who haven’t had any justice.

“At least mine got a hearing – but there are a lot of people that haven’t.”

Pam Gurner-Hall has been fighting for “justice” over the death of her partner Jorge Castillo-Riffo, who was crushed in a scissor lift on the new Royal Adelaide Hospital site in 2014, for years.

She said she was not surprised SafeWork had moved to keep the review secret, but she was hurt.

“It’s like (Jorge) died and nobody gives a shit,” she said.

“It’s being completed, but ‘subject to legal privilege’ – another big dose of bastardry.

“I’ve come to expect bastardry at every turn.”

SafeWork says it has appointed “a director of investigations to lead the body of work which is currently being implemented by the agency”.

InDaily put O’Neil’s comments concerning SafeWork’s investigation into Allen O’Neil’s death to the agency, but it provided no response.